All cartoonists love art– what’s not to love? And of course, when we create visual art all day, it’s nice to step away from our desks and look at art that other people are creating, or learn more about history, science, and everything we miss when we’re hunched over the drawing board!

This week, I asked our cartoonists to talk about their favorite museums and museum stories!

I do indeed have a favorite museum! Not far from my house is the Northeast Georgia History center – home to a permanent Mark Trail exhibit! Lots of Mark a Trail art, photos of the men that have created the strip and even Ed Dodds Drawing table! Here’s a link to their website!

The famous “Armory Show” of modern painting in New York in 1913 featured the “scandalous” Marcel Duchamp painting, “Nude Descendng a Staircase”. It’s cubist/futurist look caused a furor in and outside of the art world and officially introduced modernism to New York and America.

As an art student in New York in 1963, I was a huge fan of Duchamp and his Dada spirit.
I read about the famous Armory show and vowed that, one day, I would also set the established art scene back on its heels with my unorthodox genius.

Flash forward 100 years: the MOCCA festival of comic art was held in the same Armory same building, on Lexington Avenue and 25th St. in 2013, even the same month.
I was the “honored guest” that year.

Part of the space was given over to an original comic art show. As I walked into the show, it hit me—my work was hanging in the same spot that once outraged the staid American art world 100 years before. Things had come full circle for me.

Only one problem—no one was shocked or outraged at my stuff. They just laughed. Oh, well, I’ll keep trying. 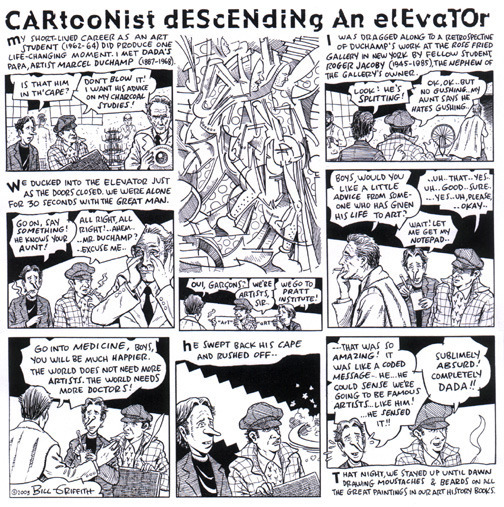 A couple months ago our daughter Sarah, my wife Karen and I were in New York City to meet with my editors at King Features about my new Snuffy Smith book collection, Balls Of Fire! More Snuffy Smith Comics which was about to be released. After our lunch meeting, we walked to visit The Metropolitan Museum of Art. It was my family’s first visit and we were so incredibly impressed! Sarah and I were especially inspired because she is an artist, as well. It may have been our first visit, but I know it won’t be our last. This photo shows our daughter, Sarah, and I on the steps of The Met. 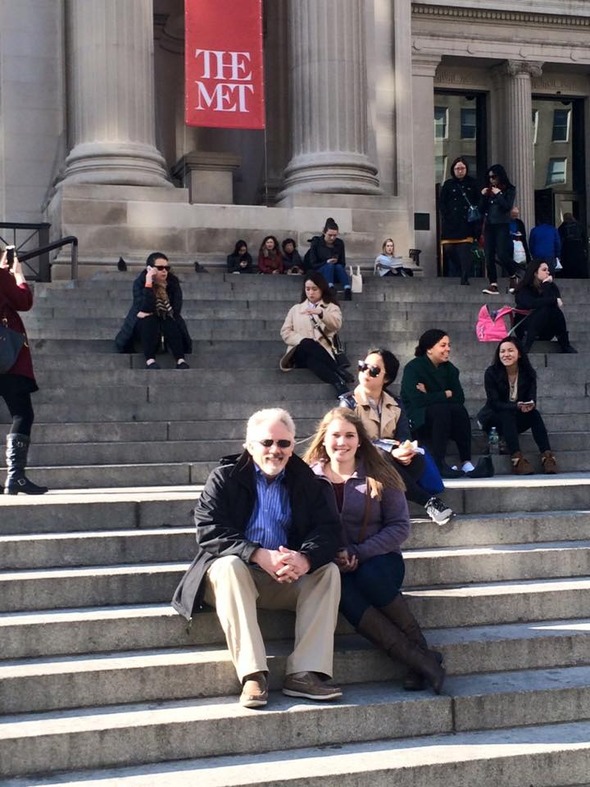 Dethany’s favorite museum is the Mutter Museum in Philadelphia, stocked with the unusual and the macabre.

Attached is a Hi and Lois Sunday page in which the Flagston family visited the Museum of Cartoon Art. I put up a post about his at HiandLois.com on January 28, 2015.

When I was a kid I used to spend whole days at the museum in Kansas City studying the art. When I was a prefessional cartoonist my work was shown in museums all over America, New York, Washington DC, Denver, Los angeles and many others. My work also appeared in Brazil, Norway, France, Germany, Spain, Italy and all over the world. I also established the first Cartoon Museum in the world which is now at Ohio State University. My favorite memory was of a teacher with her class reading one of my exhibits called “The Lexicon of Comicana” and hearing her teach the kids my made-up words like “grawlixes, waftarons, emanata, indotherms” etc. The kids loved it. 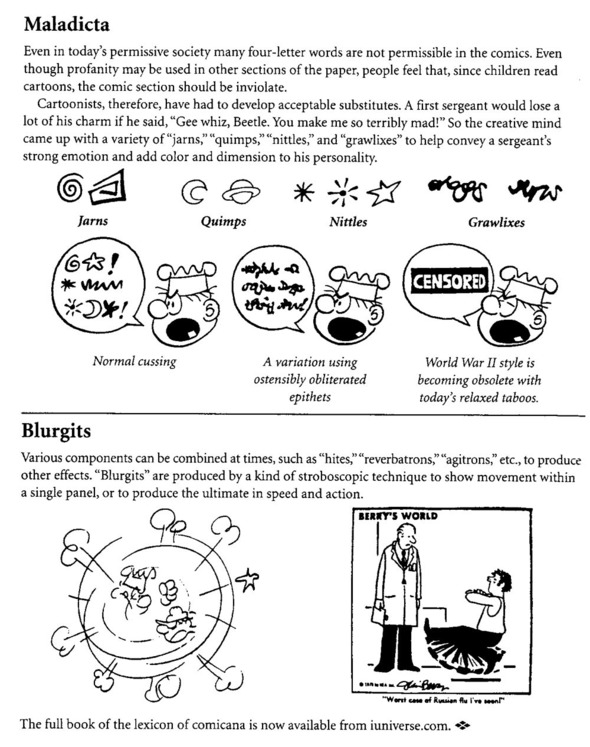 This cartoon is based on a real visit to a real museum. It was the National Gallery in Washington DC. They really were suggesting which pieces to see if you didn’t have a lot of time. I understand why they have guides like that, but for me the fun of museums is to decide for myself which pieces are the most worthwhile. Of course if museums aren’t your thing, then the best guide is to find a comfy chair until your companions are finished – like the man in my drawing – asleep with his tourist camera.

As a fine artist, I absolutely love art museums, my favorite being in my area at the Indianapolis Museum of Art. I’ll spend hours there sketching and immersing myself in the art, my favorite being anything by the Impressionists, and also medieval painting.

Some years back, my own paintings were in several galleries, between Indianapolis, Florida, England and France. At that time (early 2000’s), one of my paintings and a few of my original cartoons were included into the permanent collection of the Muskegon Museum of Art, where they reside today, which makes me very proud. Here’s a picture of the painting included in their museum, my abstract piece called “The Embrace”. 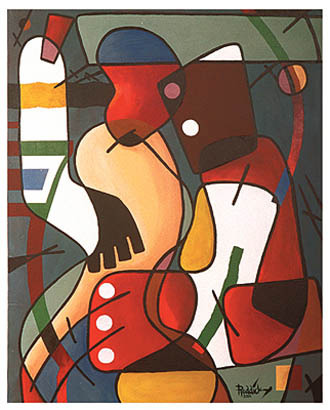