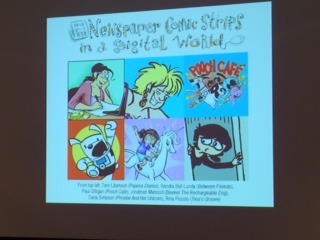 This past weekend, King Features cartoonists made a splash at TCAF (Toronto Comic Arts Festival) on a panel called “Newspaper Comics in a Digital World.” 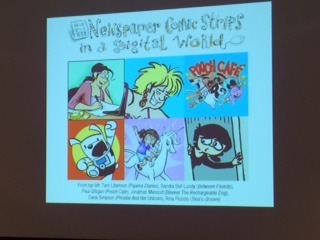 Moderated by Rina Piccolo of Tina’s Groove and Six Chix, Terri Libenson of The Pajama Diaries and Sandra Bell-Lundy of Between Friends were joined by Jonathan Mahood of Bleeker the Rechargeable Dog, which was formerly available on Comics Kingdom, Dana Simpson of Phoebe and her Unicorn, and Paul Gilligan of Pooch Café. 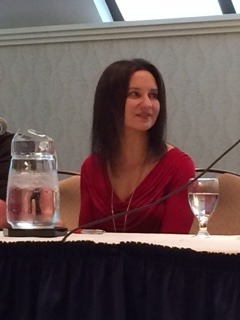 These six fantastic cartoonists discussed the changing world of syndication, how social media plays a role in their cartooning professions, and what new opportunities come out of the digital realm for cartoonists. 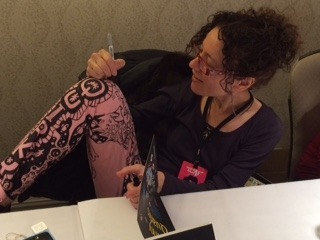 Moderator Rina doodles on her jeans!

Some highlights of the panel were a discussion about how webcomics offer a way for new cartoonists to get their work noticed, and to attract their own audiences, questions about how growing audience interaction influences a cartoonist’s work– and whether it should! — and how the internet allows cartoonists to find audiences in countries where their work may not have otherwise been available. 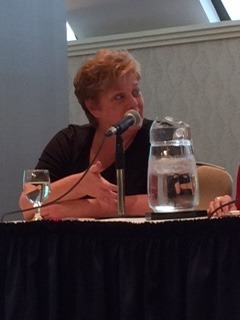 The cartoonists also talked about some of their other projects, including Terri Libenson’s work on an upcoming part-graphic-novel-part-prose-novel for middle grades readers that will be available in 2016!  We can’t wait to read it.

Thanks to Robin Graham for the report and photos!