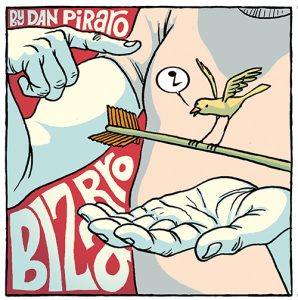 (If thee must embiggenate, do so with a click to any man-made object in any cartoon.) 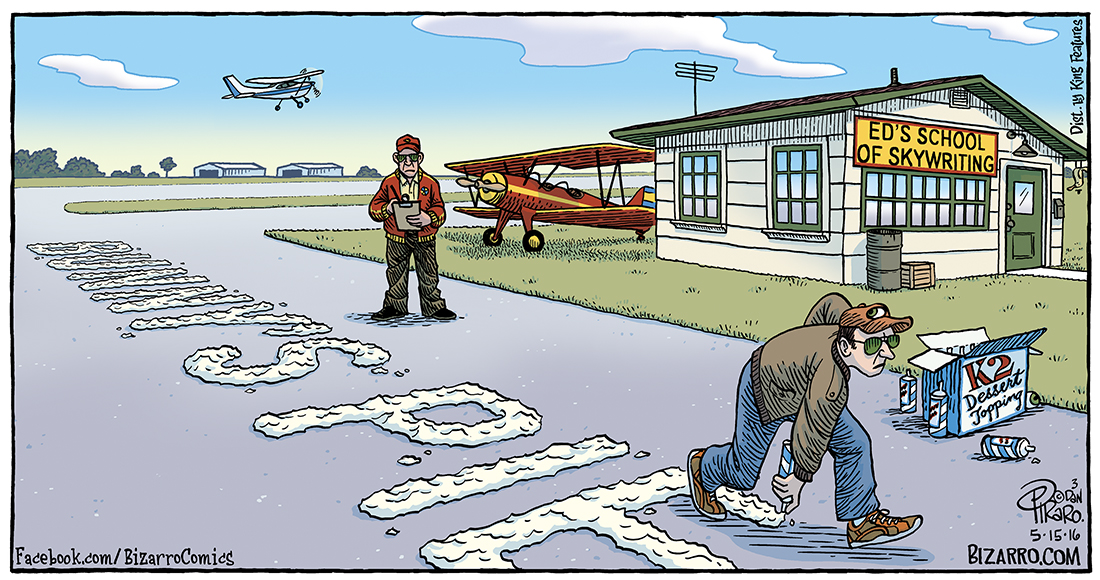 Bizarro is brought to you today by Unusual Methods.

These days, skywriting is done by computer or some other form of technological voodoo, but in the old days, people flew around and spelled words out in the air mechanically by releasing some puffy white stuff at the appropriate time. Ever since I was a child I’ve wondered how the pilot knew what the thing they were creating looked like from the ground. Today’s big, spectacular, double-wide Sunday cartoon shows how I imagine they might have practiced. (On an interesting side note, when the industry switched to computerized skywriting, the dessert topping industry took a major hit and has yet to recover, as chronicled here.)

According to a website that I visited recently, climate change isn’t happening and even if it is, it isn’t caused by humans so there’s no reason for us to stop bombarding the planet with our poisonous behavior for profit. This news is very comforting to our current crop of young children, many of whom will live long enough to see widespread famine because North America is too hot and dry to grow nearly as much food as it used to. I’m sure it will be fine, though, because by then America will be “great again!” 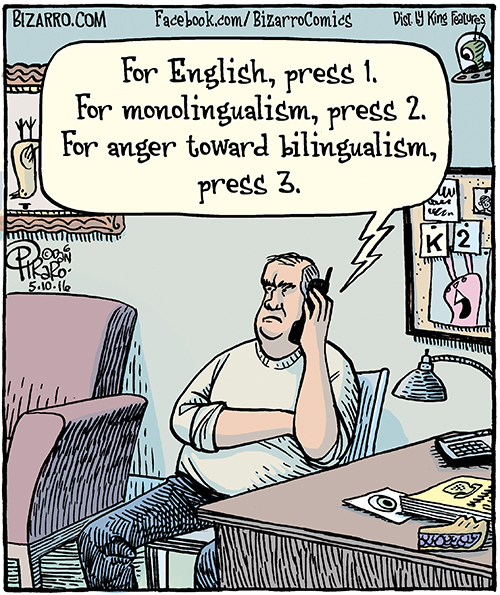 Of all the detailed, scientific rat studies I’ve read, the one that I think changed my life the most was the one where rats were asked if they could have dinner with anyone, real or fictional, living or dead, from any time period, who would it be? A whopping 87% said Mickey Mouse. 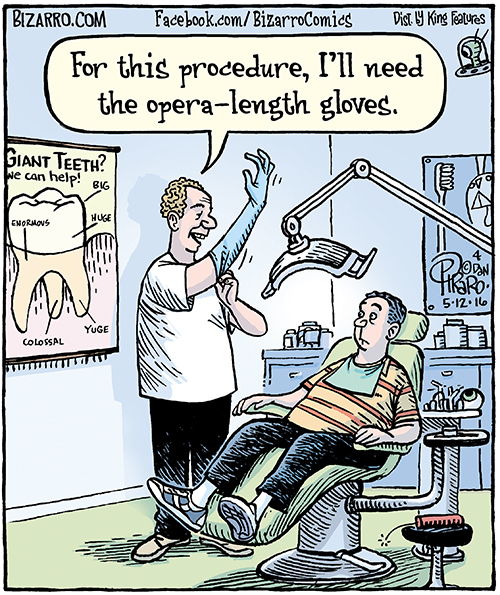 I’m always shocked by how many people don’t know what opera-length gloves are and that they were invented for women who wanted to perform surgery at the opera. 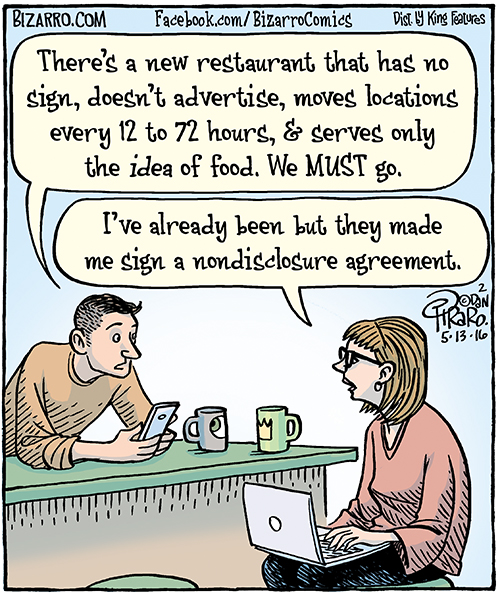 I enjoy eating as much as the next person but I’m not obsessed with food to the point that I read about it, watch TV shows about it, and am willing to waste large portions of my life waiting for a table at the latest hot restaurant. But I know people who are. I lived in New York for ten years, a city with a well-deserved reputation for having a penchant for arrogance that approaches a super power. And with the conviction that you are superior because you live in what you consider to be the greatest city our planet has ever produced, comes profoundly self-indulgent and exclusionary practices not unlike the restaurant mentioned in the cartoon above. I made this scenario up but it would not surprise me in the least to know it has actually happened or is happening and I’ve just not heard about it because I’m not in with the cool kids. 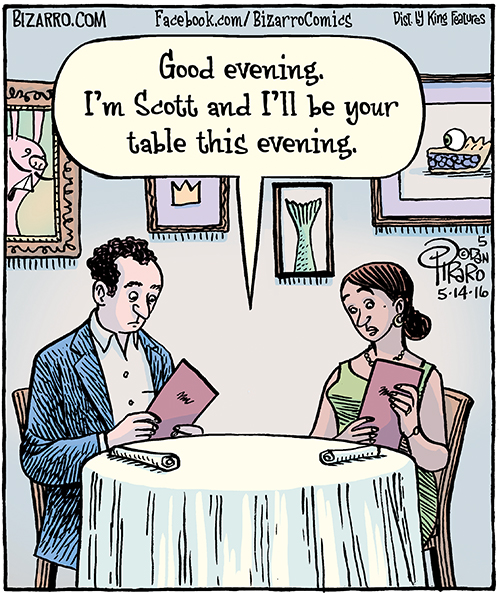 Also a restaurant gag but not one that bears a lot of commentary, is this one about the personable table.

Thanks to all you loyal Jazz Pickles who have read this far! As times change, so do the methods a cartoonist uses to support himself. Accordingly, I’m selling some super high-end, color, limited-edition, signed and numbered prints from an LA art gallery. These are some of my favorite Bizarro gags from my career and they make AWESOME gifts in all caps!

OR…if that’s outside your budget, perhaps you would consider supporting my contribution to your life with a one-time or monthly donation by clicking on the Bizarro Bunny in the Tip Jar in the margin at right. It will put a smile on my face and I’ll send you a personal thanks via email!