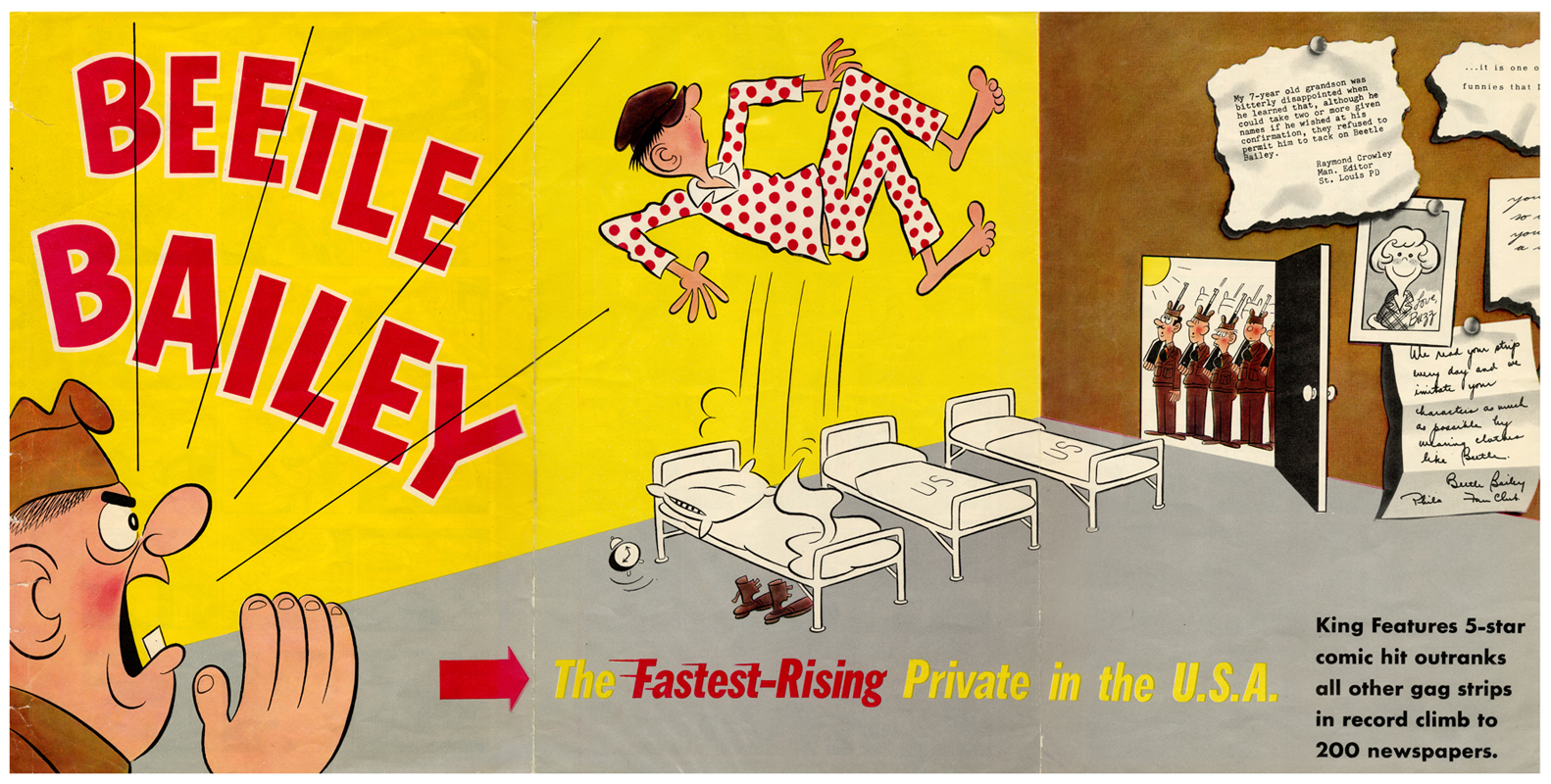 After Beetle enlisted in 1951, the circulation of the strip started to climb. Two years later, when King Features Syndicate distributed the brochure, shown above and below, Beetle Bailey was a certified hit. 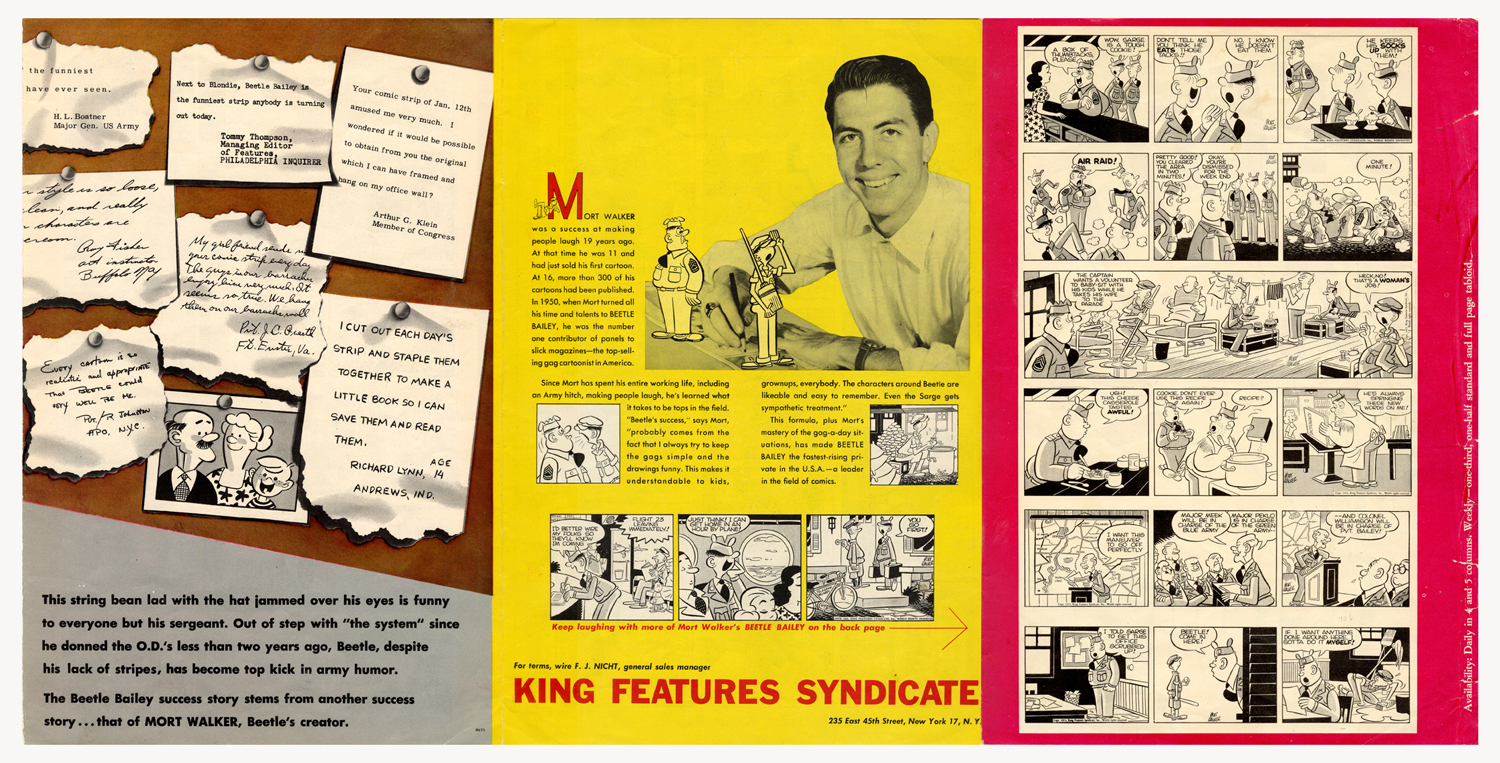 “Mort Walker was a success at making people laugh 19 years ago,” claimed the copy on the back of the sales kit. “At that time he was 11 and had just sold his first cartoon. At 16, more than 300 of his cartoons had been published. In 1950, when Mort turned all of his time and talents to Beetle Bailey, he was the number one contributor of panels to slick magazines – the top selling gag cartoonist in the business.”

“Since Mort had spent his entire life, including an Army hitch, making people laugh,” the blurb continued, “he’s learned what it takes to be tops in the field. ‘Beetle’s success,’ says Mort, ‘probably comes from the fact that I always try to keep the gags simple and the drawings funny. That makes it understandable to kids, grownups, everybody. The characters around Beetle are likable and easy to remember. Even the Sarge gets sympathetic treatment.”

In conclusion, the King Features sales department claimed, “This formula, plus Mort’s mastery of gag-a-day situations, has made Beetle Bailey the fastest-rising private in the U.S.A. – a leader in the field of comics.”