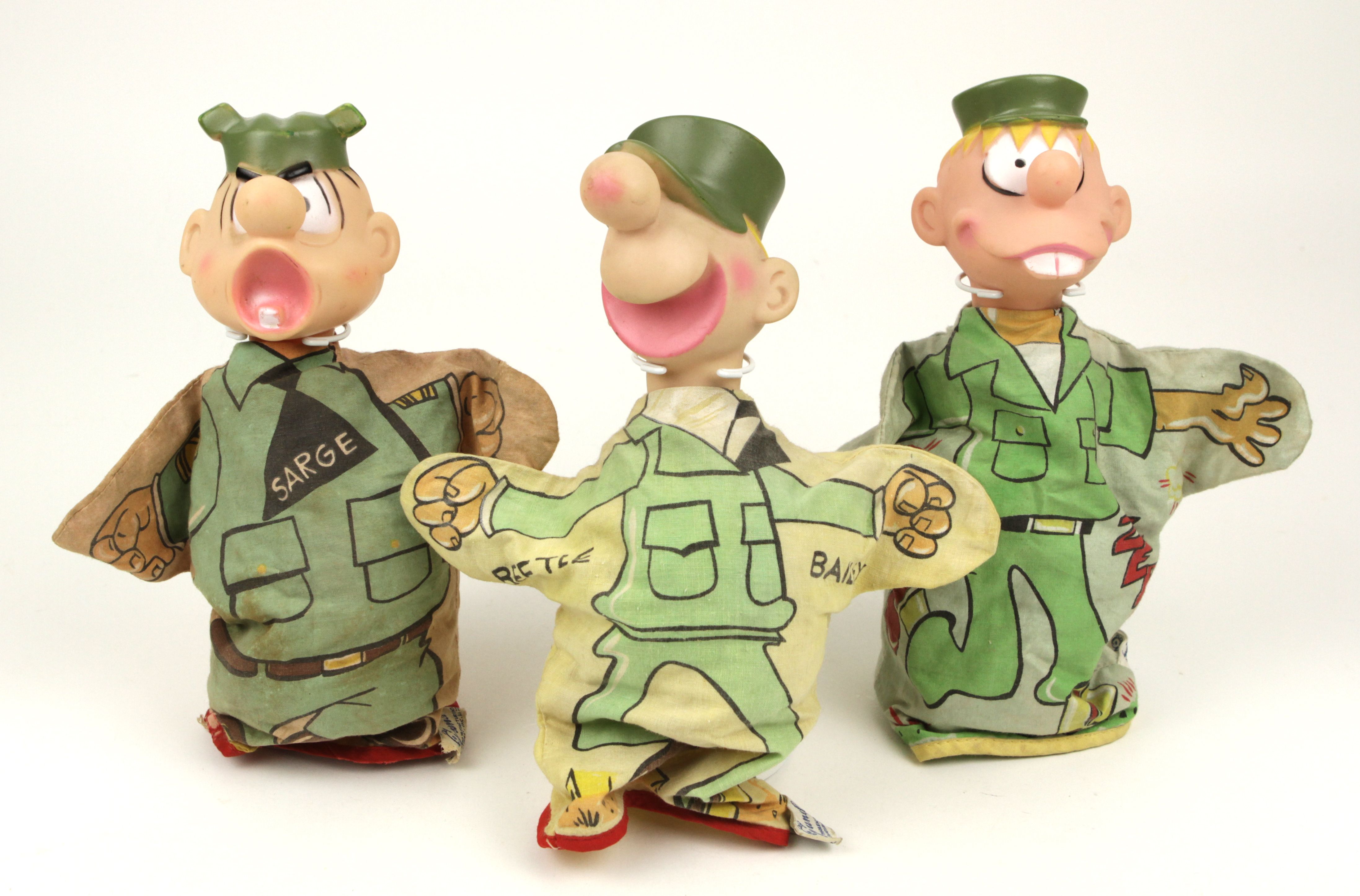 Sarge, Beetle and Zero hand puppets made by Gund in the early 1960s.

The Beetle Bailey hand puppets, shown above, were made by the Gund Manufacturing Company in the early 1960s. A set of these in good condition sold at Hakes Americana and Collectibles for $126.50 on May 31, 2007.

The Gund Manufacturing Company, which produced a variety of toys and other novelties, was founded by Adolph Gund in 1898. Originally located in Norwalk, Connecticut, they moved to New York City in 1922. After Gund retired in 1925, Jacob Swedlin, a longtime employee, purchased the company. Their current headquarters is in Edison, New Jersey.

In 1947, Gund signed a license with the Walt Disney Studios and throughout the 1950s and 60s, produced toys based on popular characters from movies and television.

When King Features Syndicate aired their Comic Kings and Popeye series on television in the early 1960s, Gund released hand puppets based on the characters in these films. 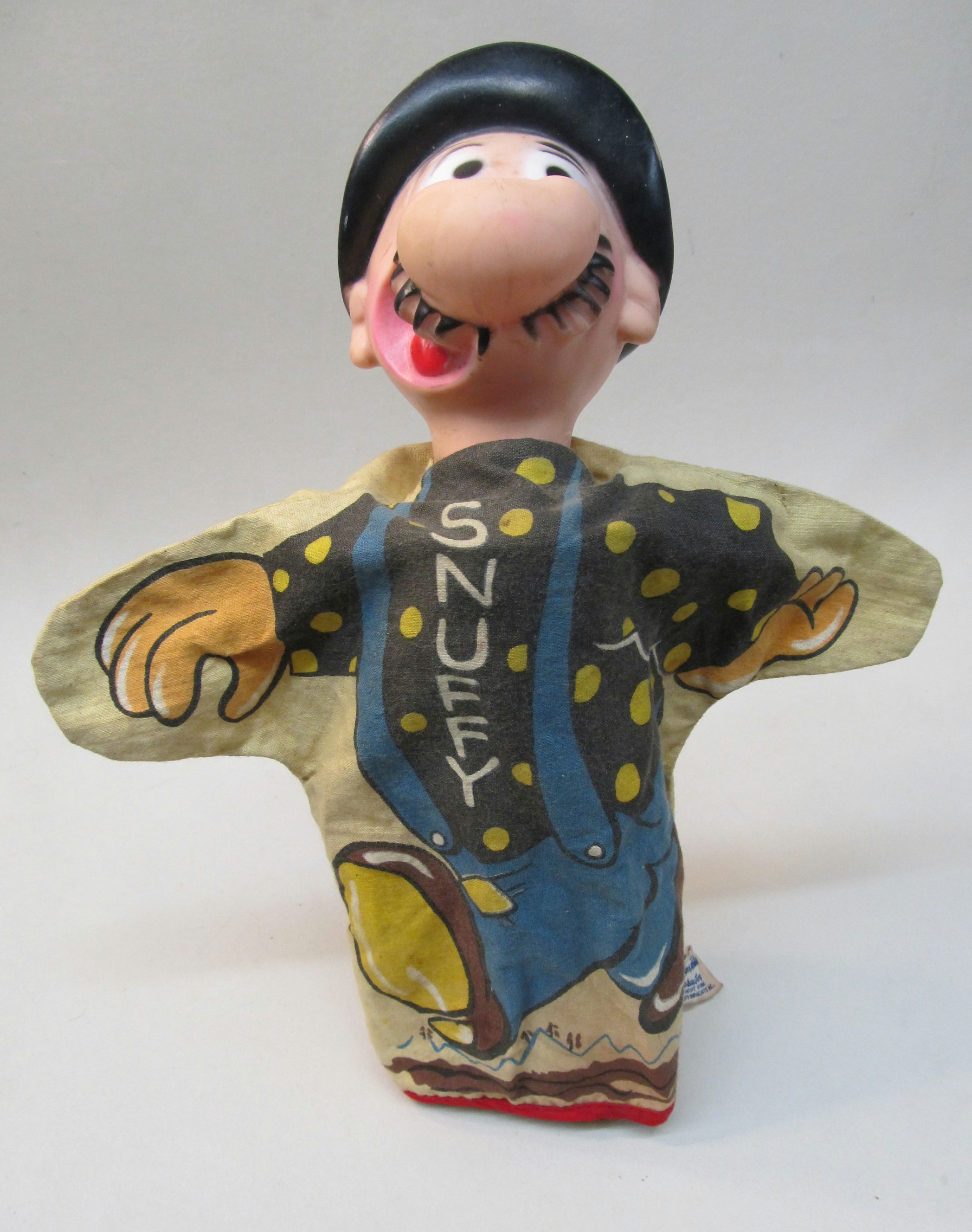 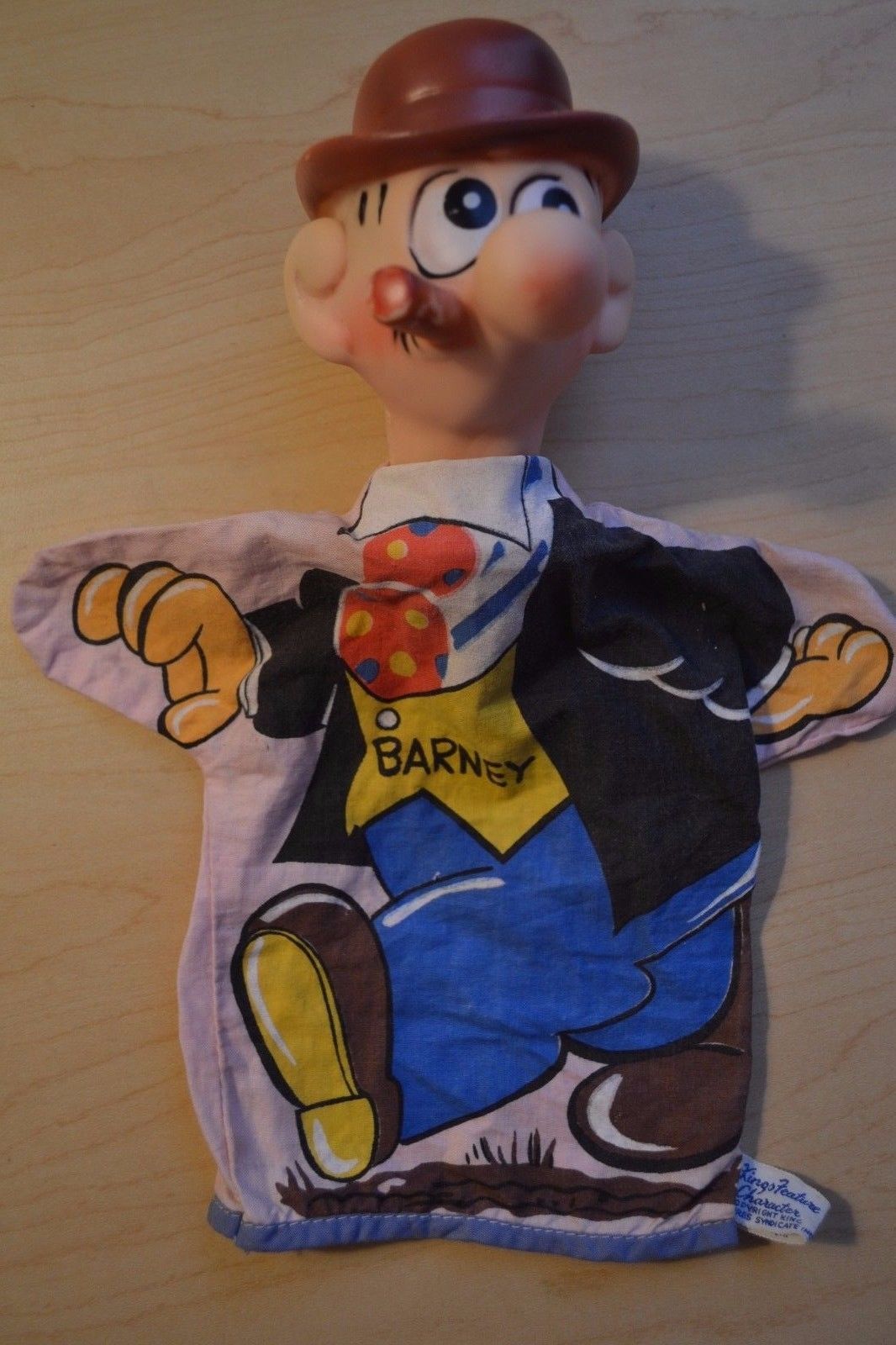 Gasoline Alley Antiques has many of the King Features Gund hand puppets for sale on their web site. 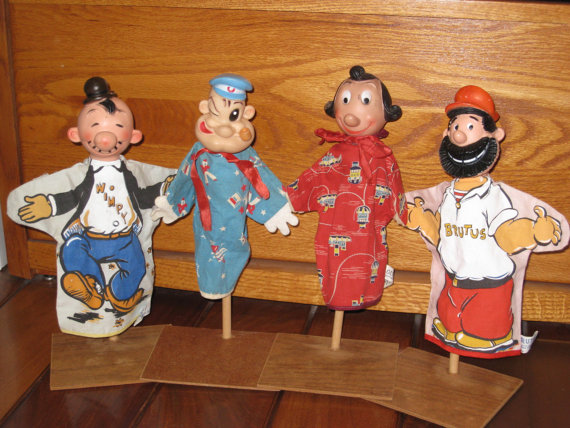 Popeye hand puppets by Gund, early 1960s. There is also a Swee’Pea in this set.