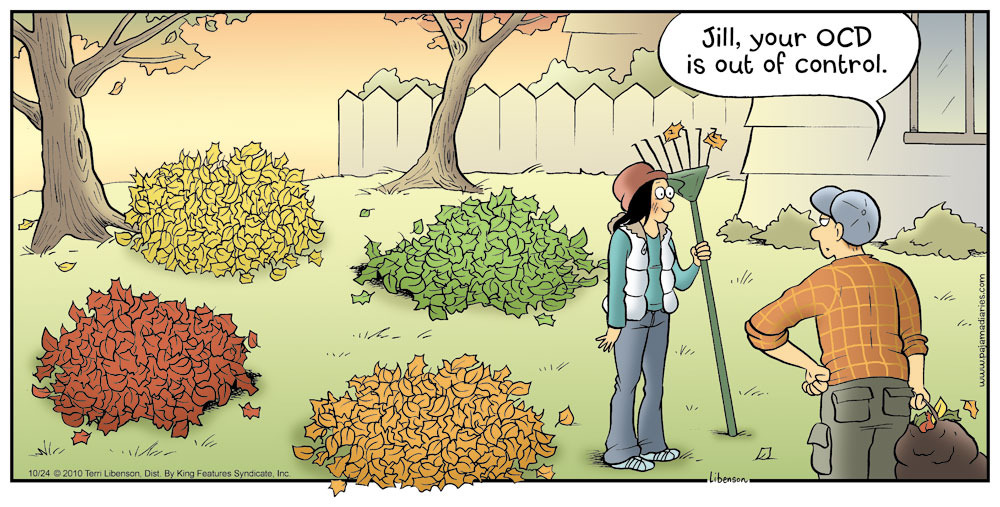 It’s nearly Arbor Day! Whether you live in the city or the country, or somewhere in between, you know just how important trees are in our lives, from everything they give us as a resource to the way they brighten our days.

This week, our cartooists are celebrating Arbor Day by sharing their renditions of and thoughts about trees!

Zippy always has his priorities straight.

My favourite non-fruiting tree is the plane tree. It is a common feature of the urban environment. Hairs on the leaves trap particulate pollution and any dirt on the trunk is removed when it sheds its bark. Because it is deciduous, it shades the streets in summer and lets in the light in the winter. On 100 F days in Melbourne, it was about 10 degrees cooler in our shady suburb of Elwood, than in the treeless St Kilda up the road. Here in Spain, the trees are pollarded to create interesting shapes. They are like living sculptures.

Recently on Jekyll Island, I took several photos of trees. The trees there (mostly live oaks and palms) are all covered with beautiful, wispy Spanish moss. Hanging gracefully from the trees, the soft greenish-gray flowering plant gently sways in the warm tropical breezes. I intend to do a Mark Trail Sunday page on the Spanish moss covered live oaks of Jekyll island in the near future! 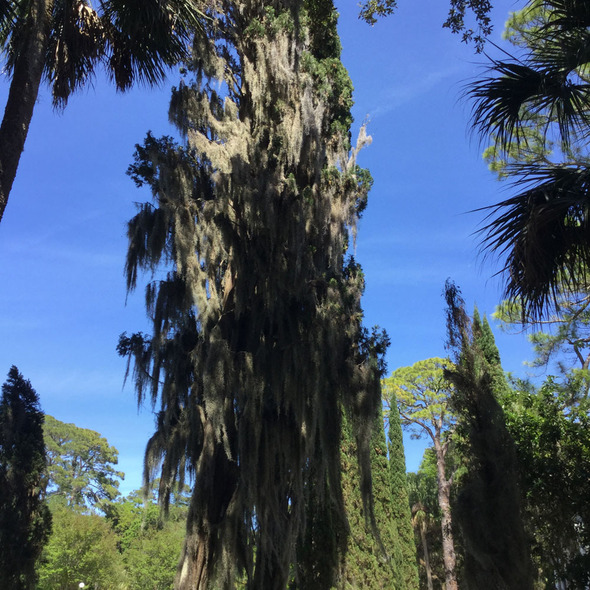 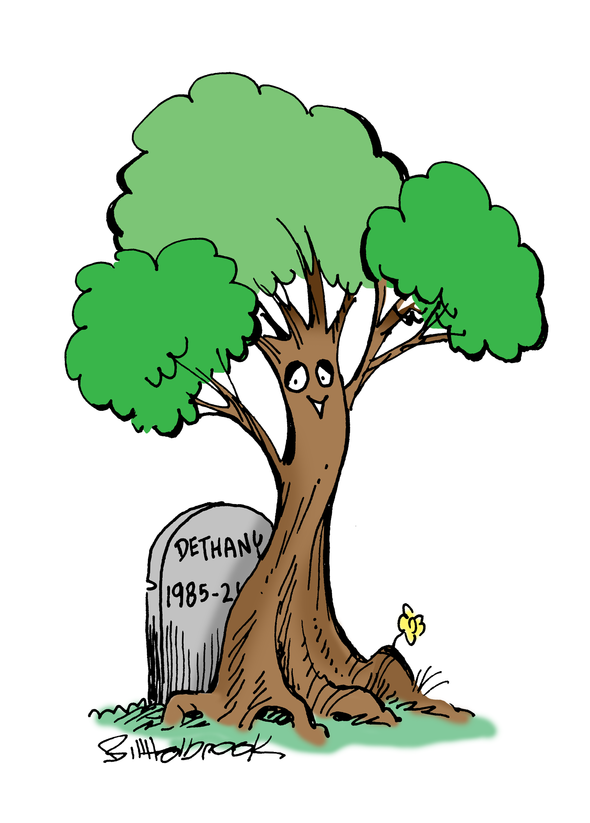 This is a sneak peek of a Sunday I drew last week:

Here’s a strip I did years ago. I love to draw trees, and I tend to draw them mainly in the fall, my favorite time of year.

I like trees, I really do. But you wouldn’t know it from these two examples.

Here’s a takeoff we did on Shel Silverstein’s The Giving Tree a few years ago. I’ve always had mixed feelings about that story.

And the annual rite of taking down the Christmas tree resulted in this one, which I still find cathartic.

Since my comic strip has a mountain setting, I draw a lot, a lot, a lot of trees! Here is a portion of an upcoming strip on my drawing board today that features Snuffy Smith hiding behind one. 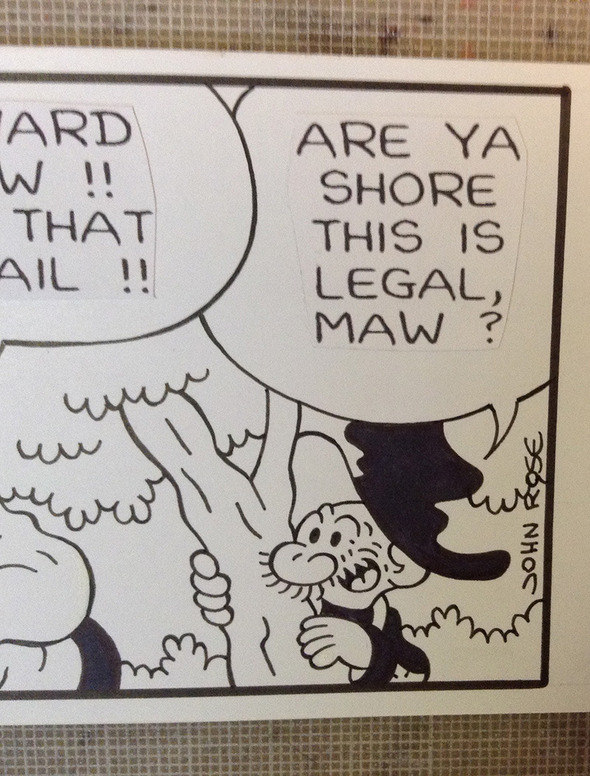 I’ve done many tree strips. These are a couple of my favorites.