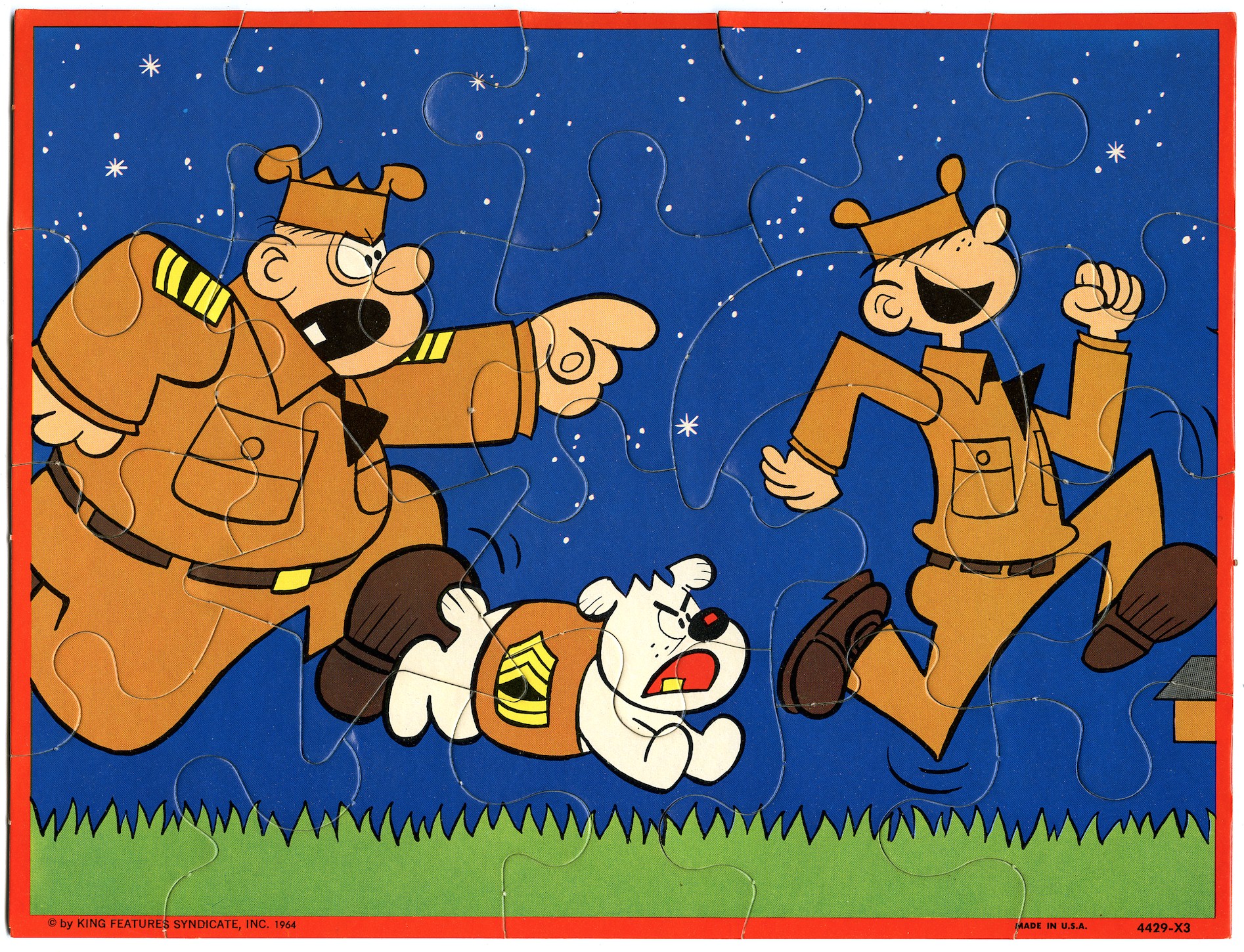 The King Features licensing program picked up considerably when the animated cartoons started to be broadcast on television in the early 1960s. Some of the products featured all three stars of the “Comic Kings” series – Beetle Bailey, Krazy Kat and Snuffy Smith.

Mort Walker did not do the artwork for the Beetle Bailey puzzle above, which is typical of items from this period. It was part of a three-puzzle set and came in the box below. 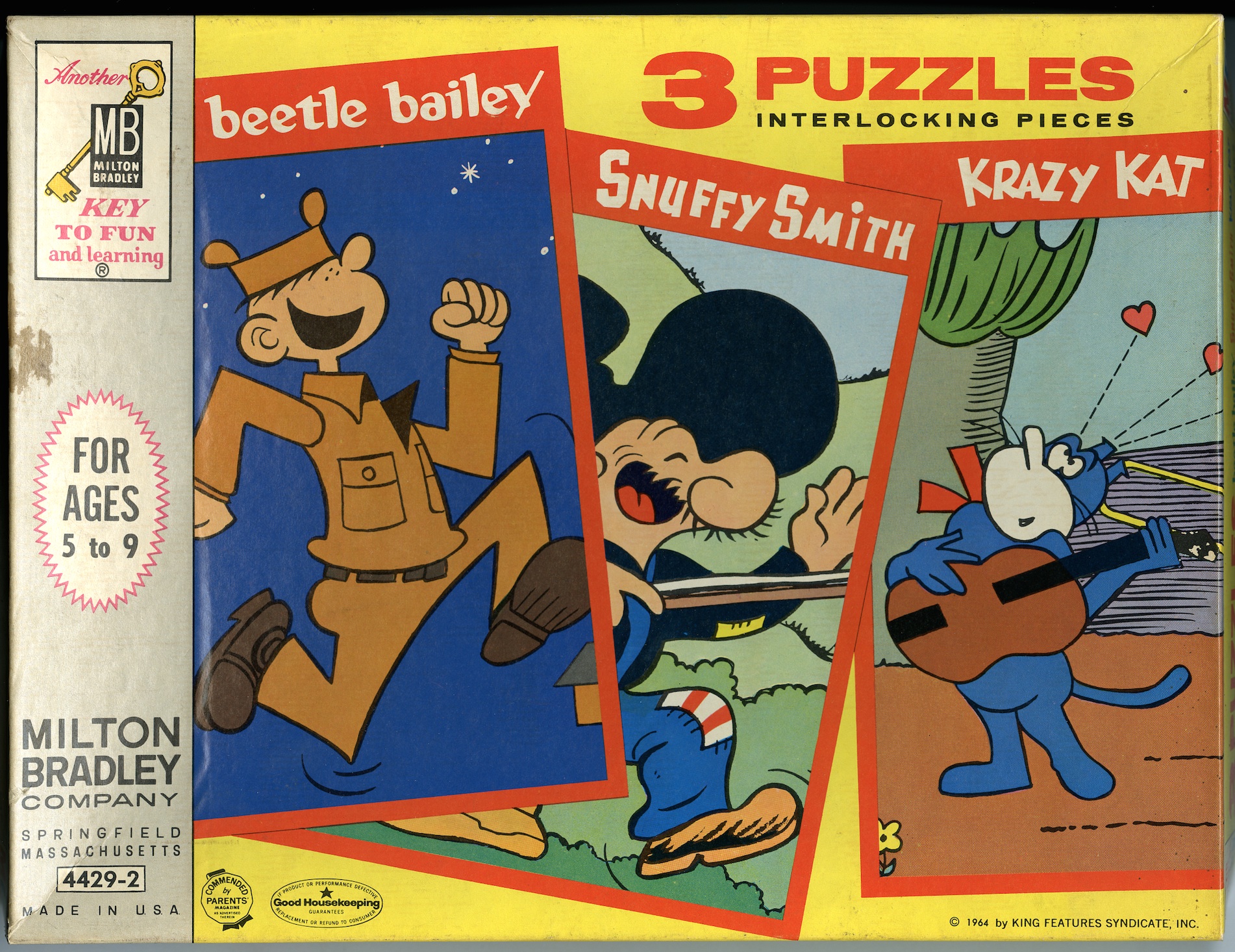 There was also a 3–on–1 Golden Record that featured all three characters. This rare item is available now on eBay for $20.  It originally sold for 49¢. 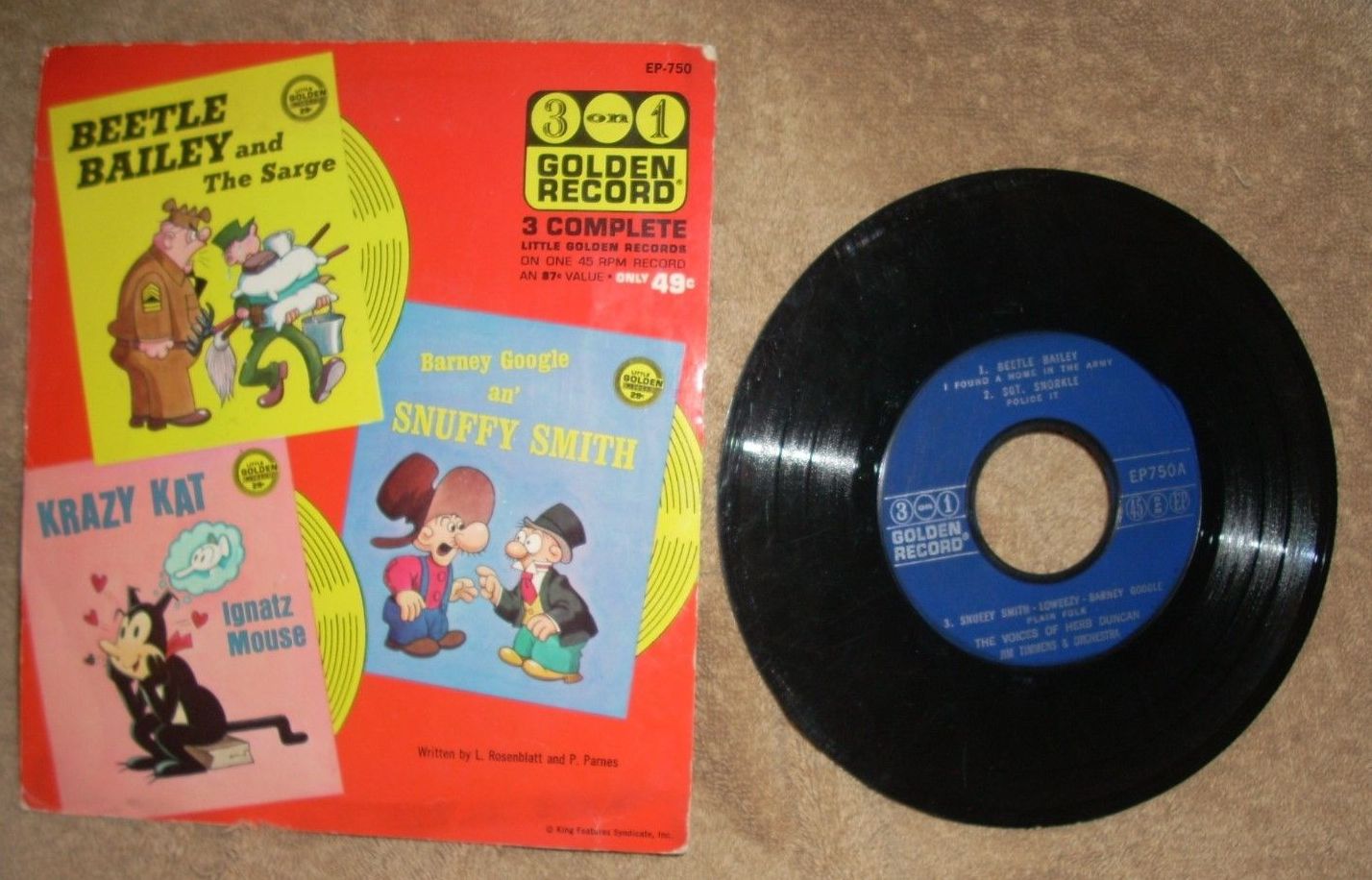 Among other products was a Beetle Bailey coloring book from 1961. 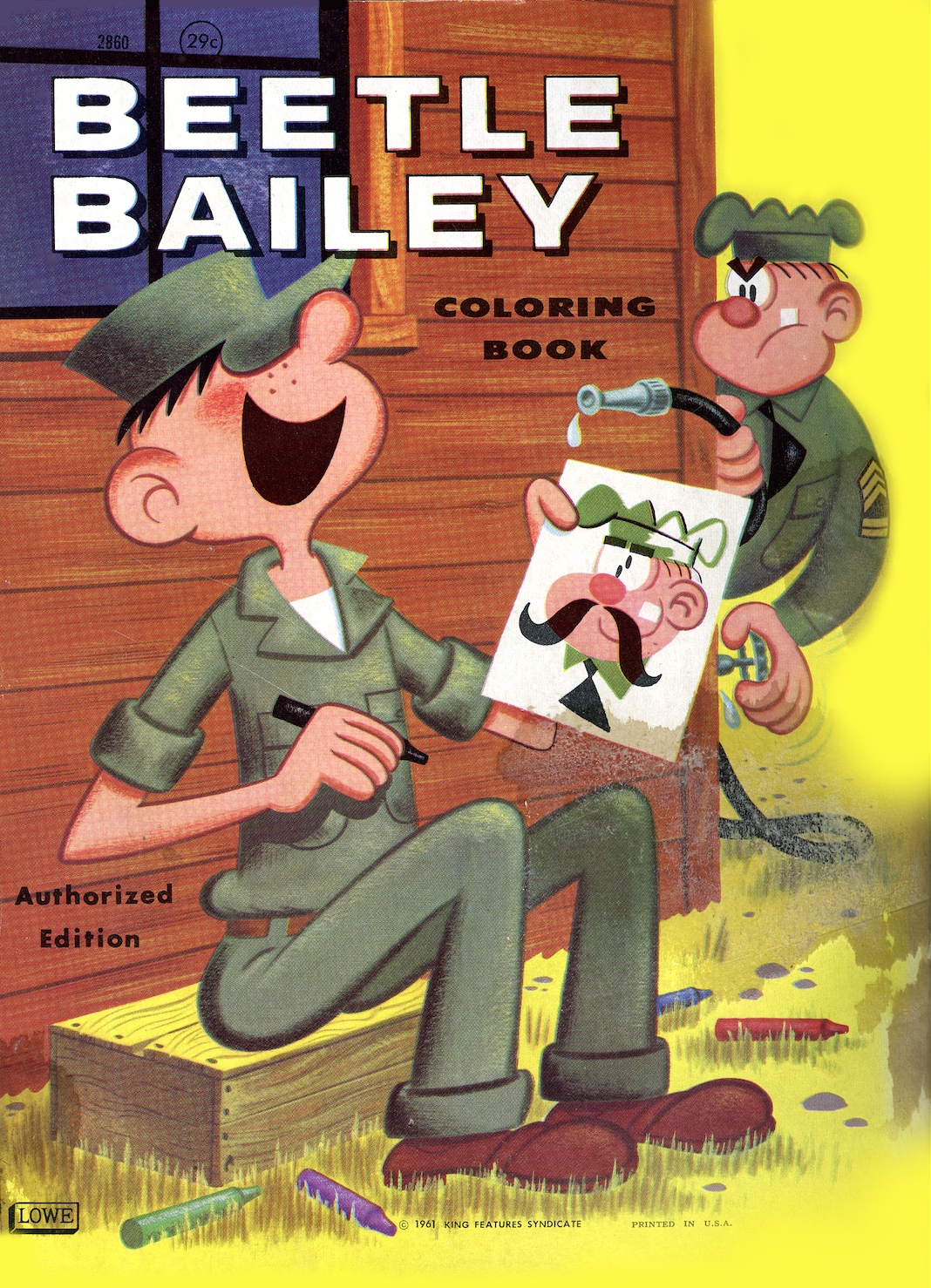 Here is a Beetle Bailey board game from 1963. 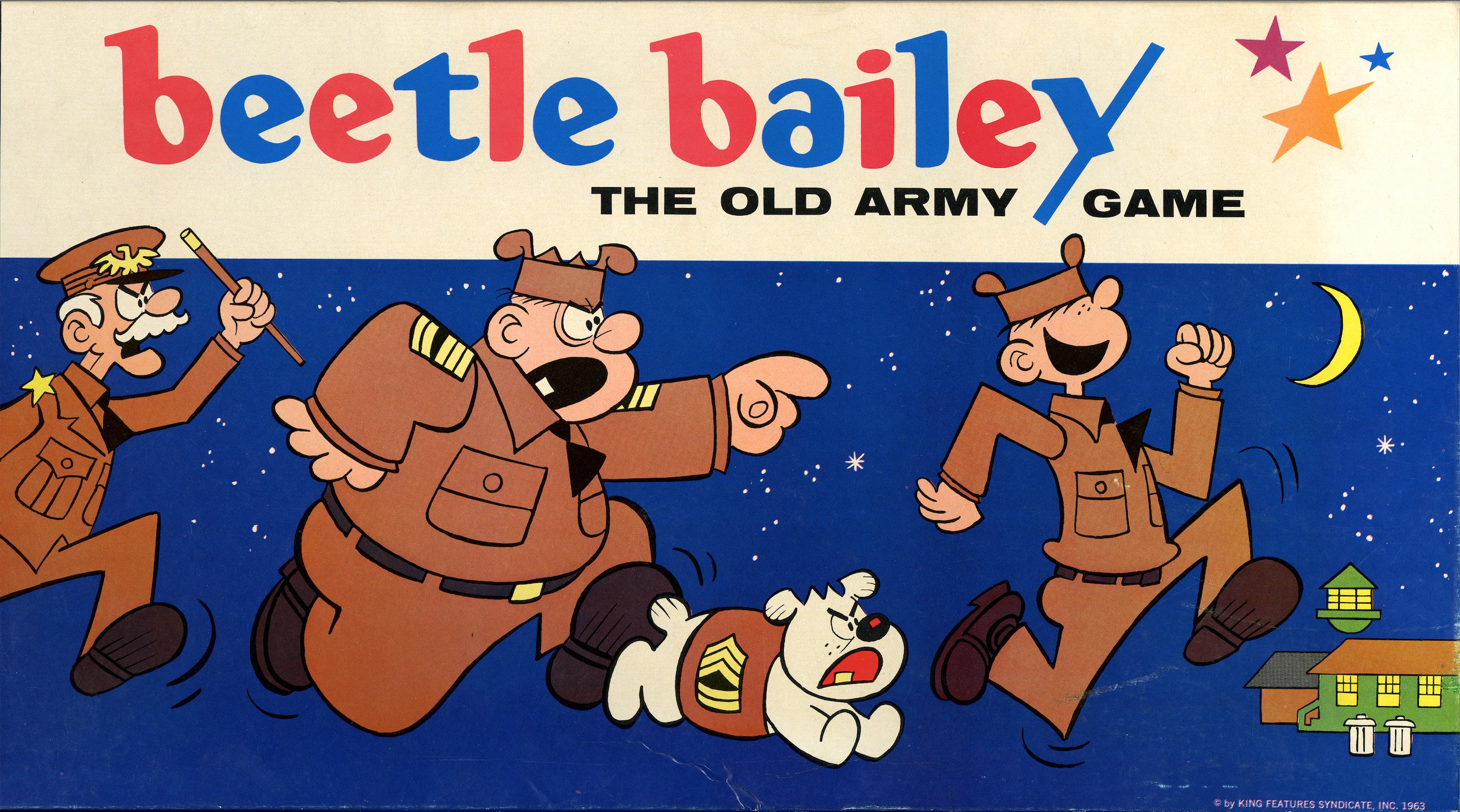 After the original “Comic Kings” series aired on television in the mid-1960s, the King Features licensing program started to taper off.