The 50 Beetle Bailey cartoons that originally began airing on television in September 1963 were rebrodcast many times throughout the 1960s and 70s and have since been available in various VHS and DVD packages. 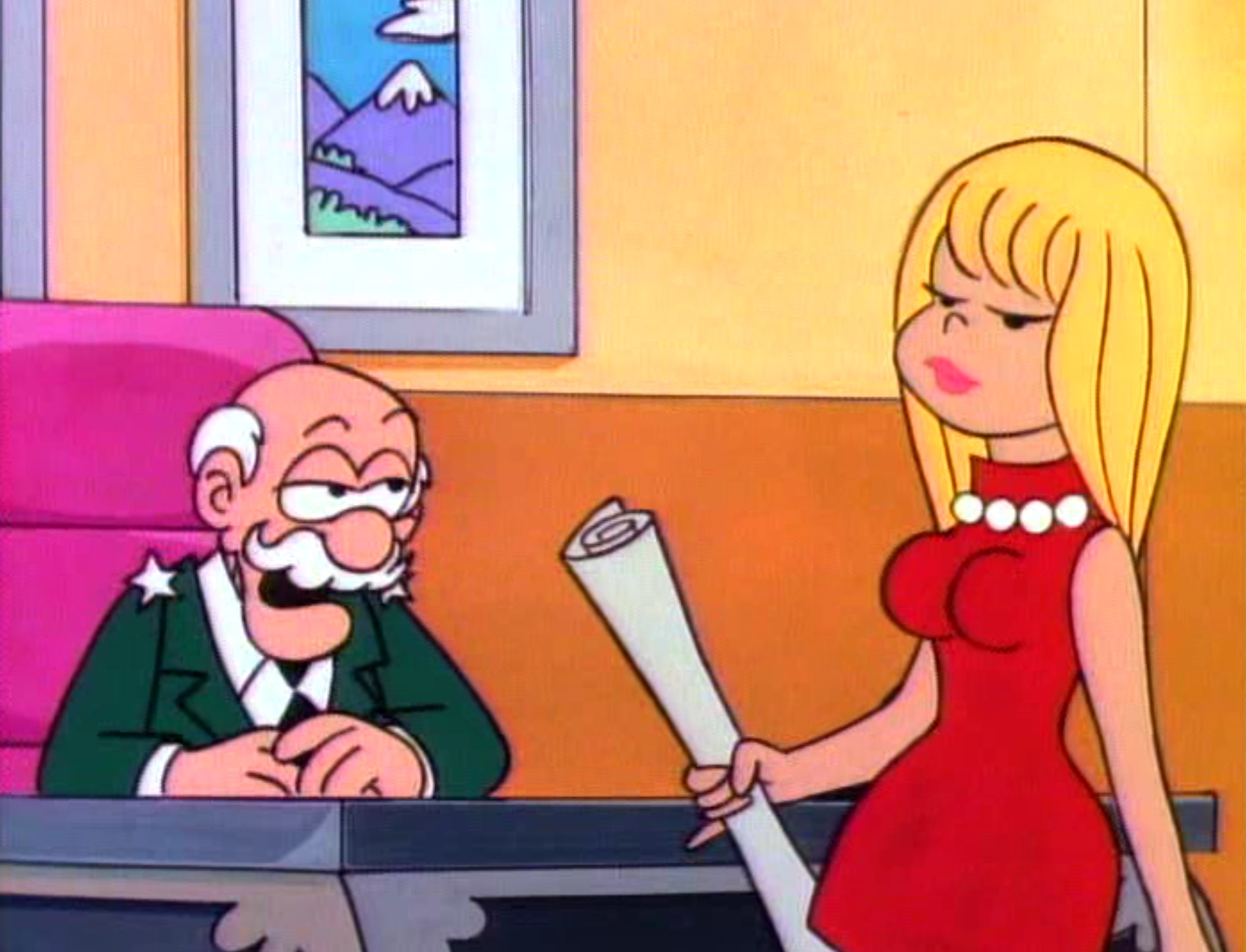 A still from the 1989 Beetle Bailey CBS Special

In addition to the 50 cartoons first broadcast in the early 1960s, the Beetle Bailey: 65th Anniversary Collector’s Edition DVD also features a 30-minute TV special produced for CBS in 1989. Co-written by Mort Walker and Hank Saroyan, this program never aired on network television. 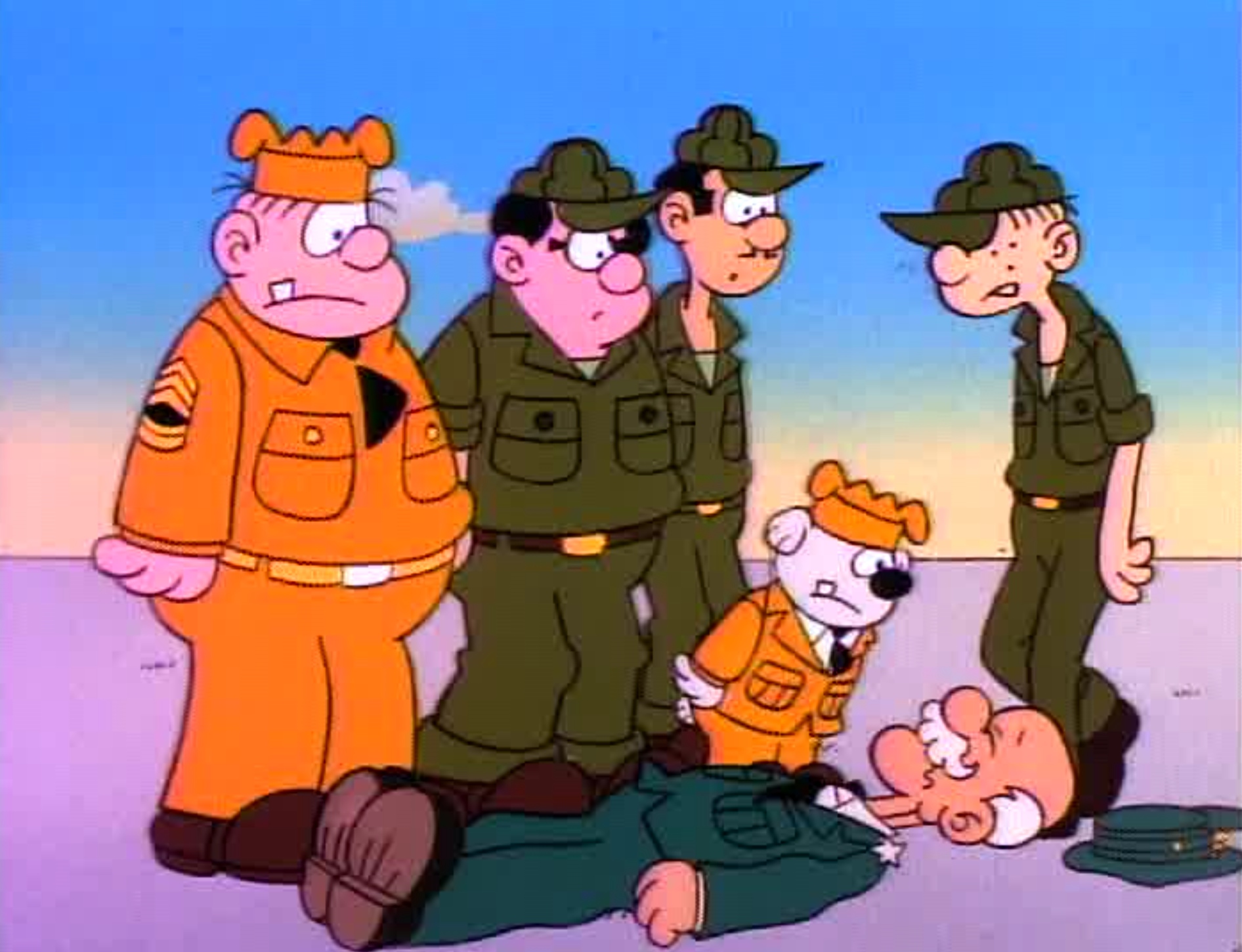 A still from the 1989 Beetle Bailey CBS Special.

Mort Walker was more involved in the production of the 1989 special than he was in the earlier cartoons and the characters look closer to the way they appear in the strip. The backgrounds of scenes around Camp Swampy are colorful and the voices, which include Henry Corden, the second Fred Flintstone, as Sarge, Frank Welker as Zero and Otto, Larry Storch as General Halftrack, and Greg Whalen as Beetle, are not as grating as they were in the 1960s cartoons. 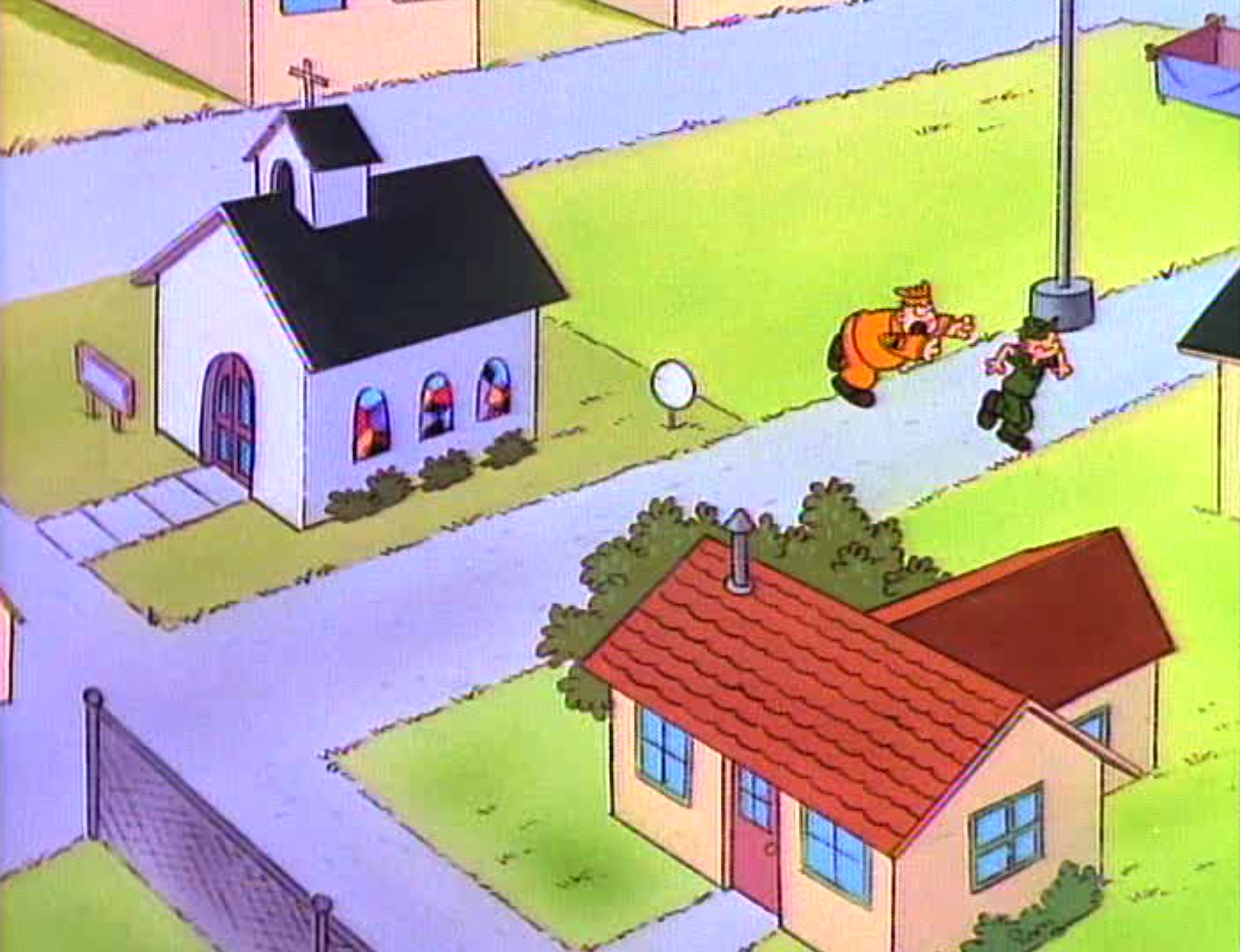 A still from the closing scene of the 1989 Beetle Bailey CBS Special.

This special ended up on the shelf due to management changes at CBS, which was a major disappointment for all involved.