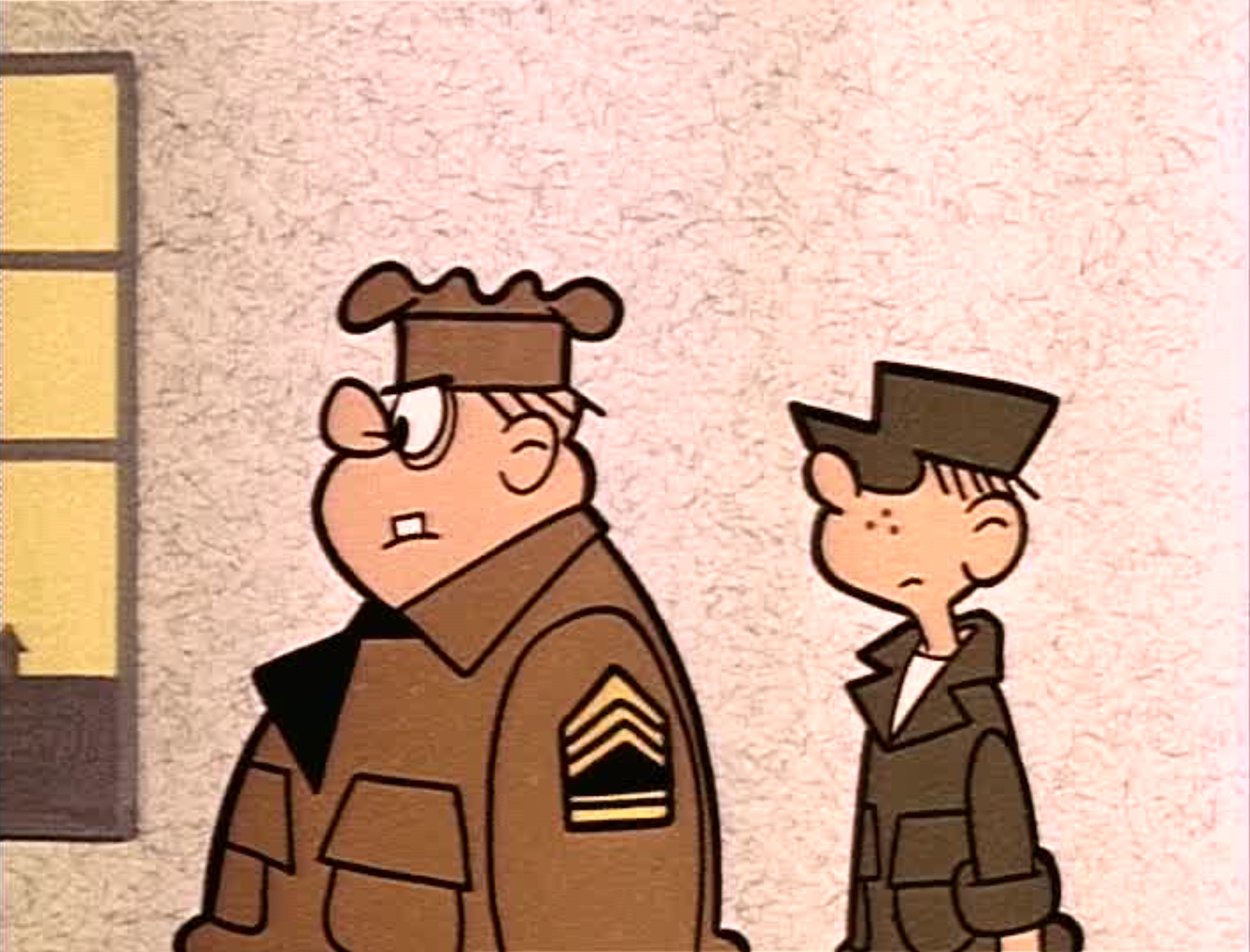 A still from the 1960 Beetle Bailey pilot cartoon, “Labor Shortage.”

In addition to the 150 “Comic Kings” cartoons that Paramount was hired by King Features to produce, they also contracted to make 212 new “Popeye” animated films. Executive Producer Al Brodax wanted these delivered in three years, which created an enormous challenge for director Seymour Kneitel.

“The logistics were staggering, and no one animation house could handle it all,” wrote animation historian Leonard Maltin in his 1980 book, Of Mice and Magic. “Instead, the work was fanned out all over the world, with most of the storyboards and sound tracks divided between New York and California production companies. To say that the results were inconsistent would be a mild understatement.” 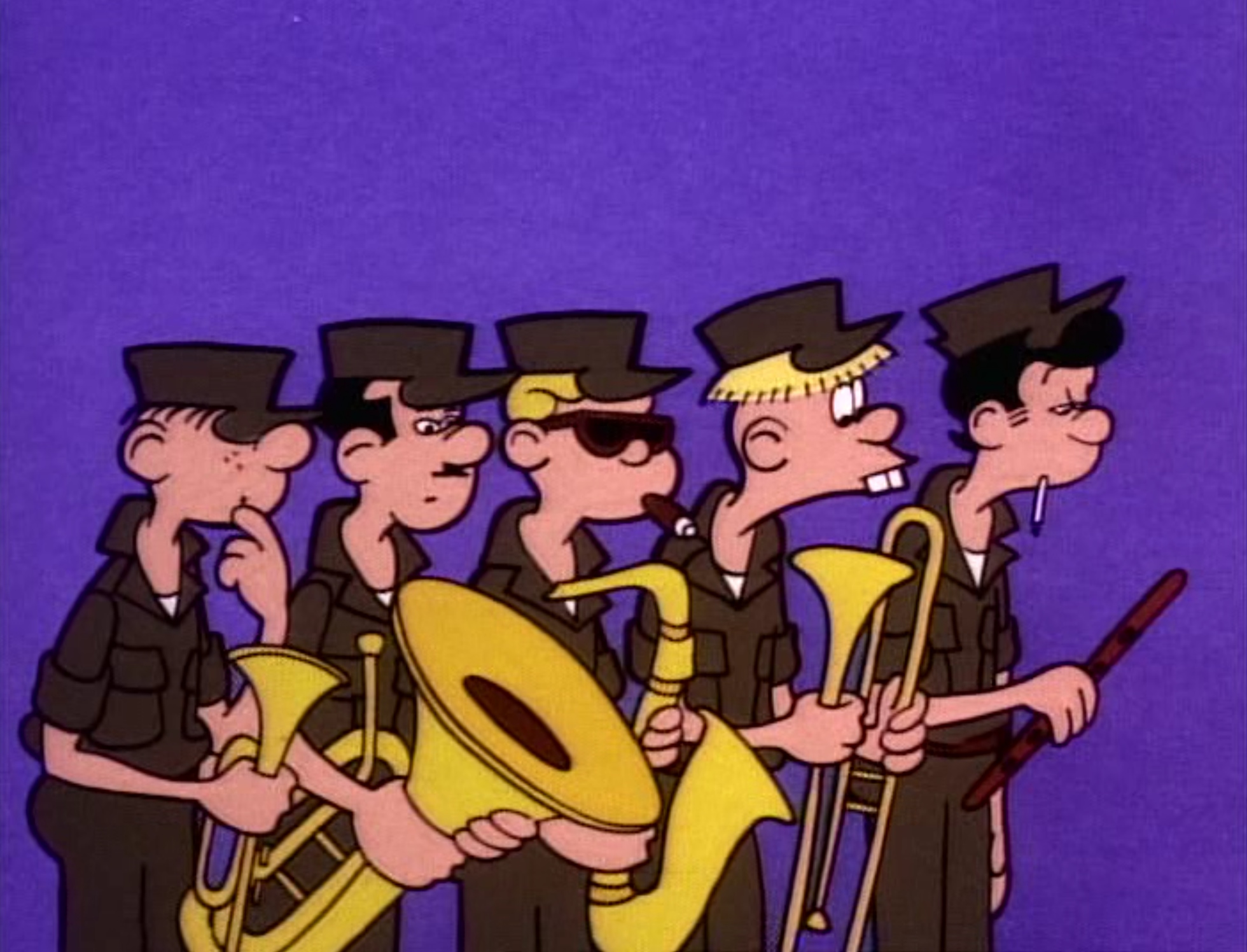 A still from the 1963 Beetle Bailey TV cartoon, “Don’t Fiddle with the Brass.”

“While Kneitel and his staff had already been cutting back on animation to keep within theatrical budgets, the exigencies of TV production made the operation tighter still,” continued Maltin. “Whereas the storyboards had once taken six weeks to develop, they were now turned out in one week. Animation was reduced to an absolute minimum, and whole scenes were indexed for reuse.”

“As part of the production arrangement, Paramount released some of the King Features TV cartoons to theaters, where they must have looked particularly poor,” Maltin concluded. 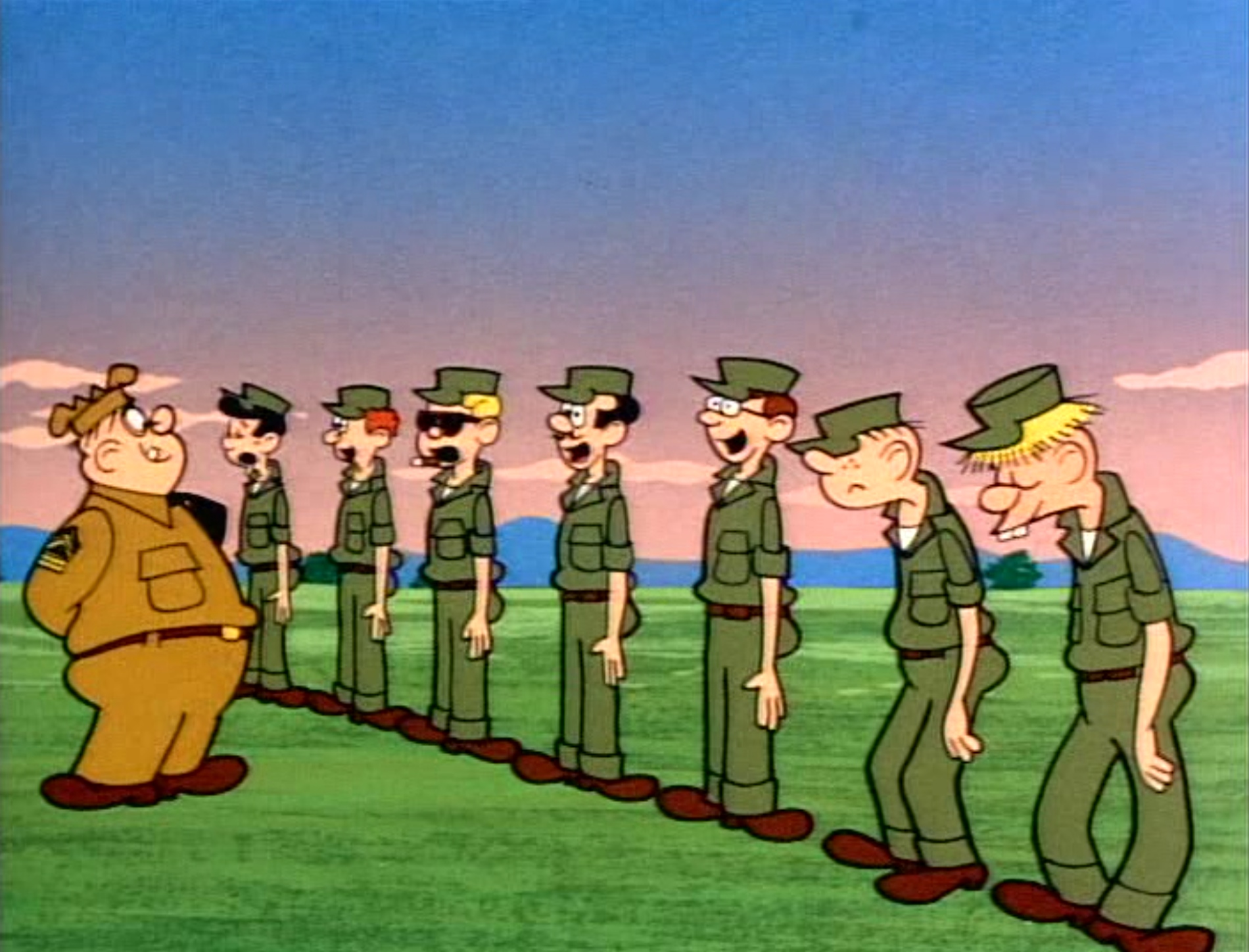 A still from the 1963 Beetle Bailey TV cartoon, “Hoss Laff.”

Mort Walker, who had very limited involvement with these cartoons, was never happy with the final results. Although they have some nostalgic value for baby boomers who saw them on television during the 1960s, they don’t hold up well as examples of quality animation or storytelling.