Comic Strips are formatted different ways for different size requirements. The “drop panel” is a panel or tier of the strip that can be omitted because of size restrictions without affecting the gag or storyline.

For example, Here’s the Sunday strip for March 6, 2016 with the drop panel…

And now without further ado, here’s the drop panels for March of 2016. 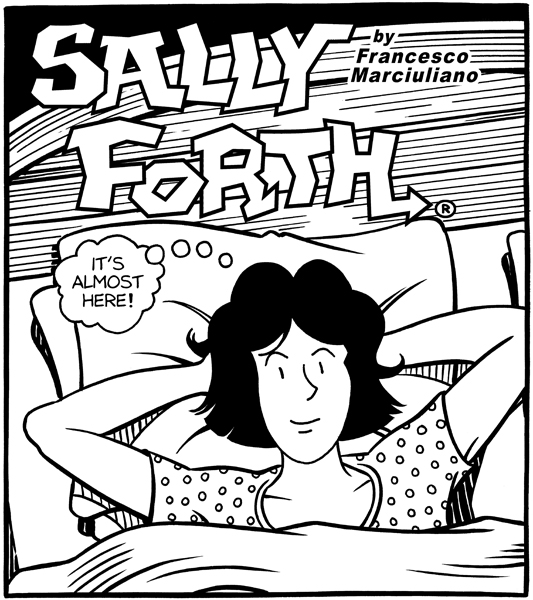 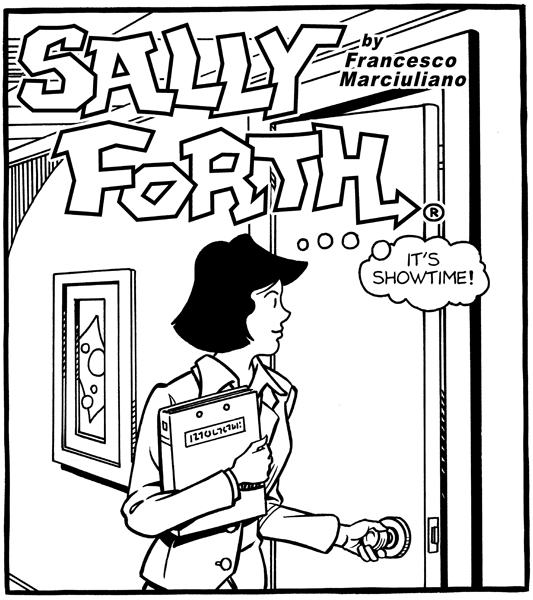 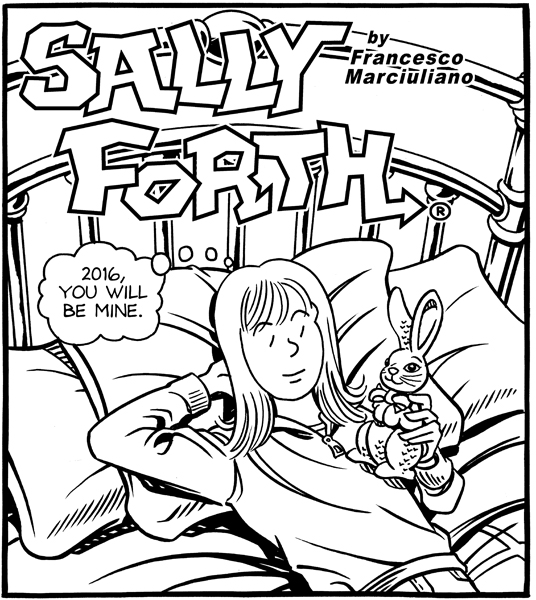 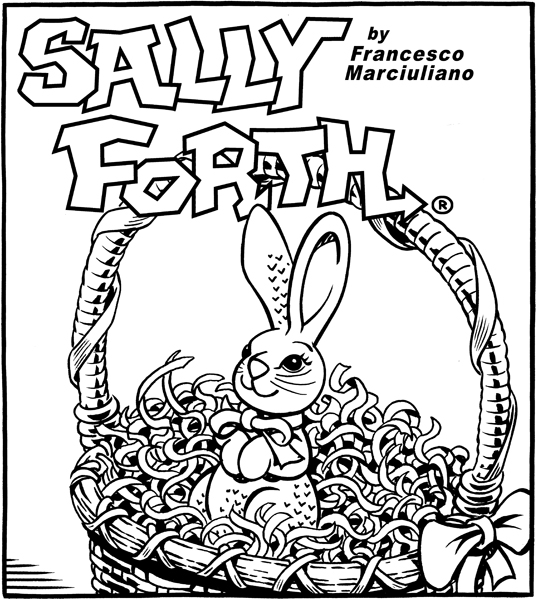 For more drop panels going back to the beginning of the year, check out Sally Forth Drop Panels – January to March 2016.