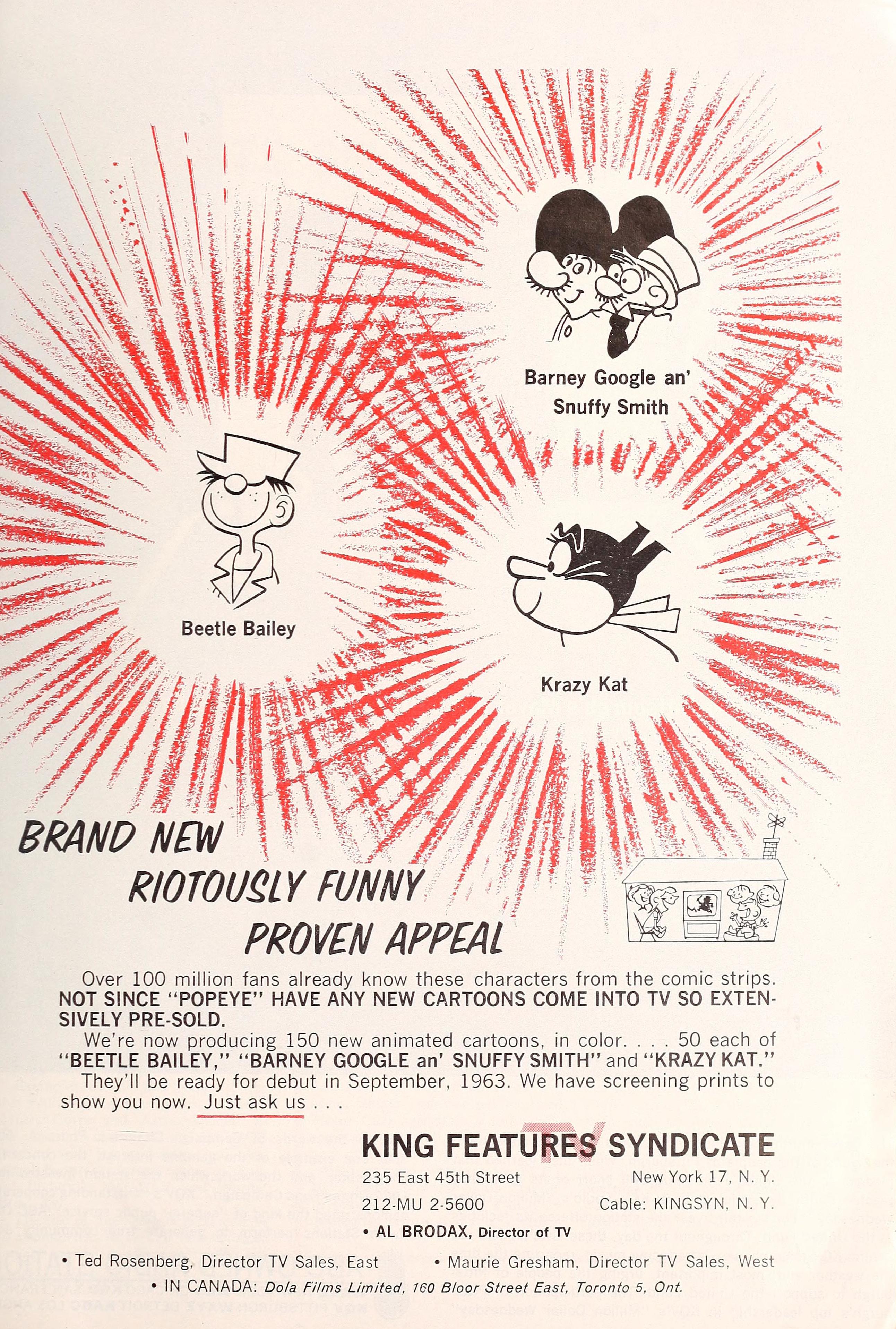 According to cartoon historian, Jerry Beck, a 1960 Beetle Bailey pilot, “Labor Shortage,” was produced by Joseph Oriolo and Pat Sullivan and directed by Steve Muffatti. Home Sweet Swampy, the first Beetle Bailey cartoon in the “Comic Kings” series was shown in theaters in 1962 and was followed by Hero’s Reward, Psychological Testing, Et Tu Otto, and A Tree Is A Tree Is A Tree? The “King Features Trilogy” series debuted on television in September 1963 and included 50 cartoons each for Beetle Bailey, Krazy Kat and Snuffy Smith. 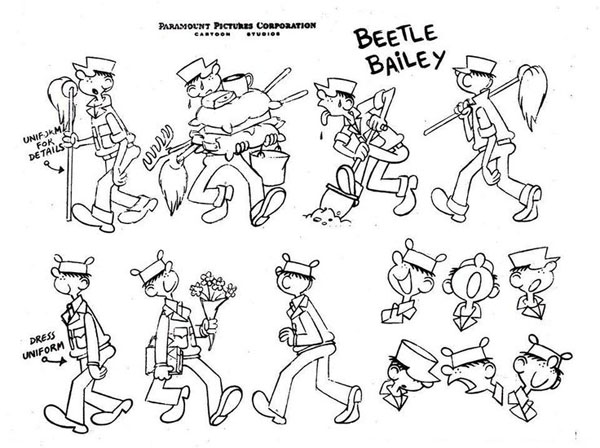 Seymour Kneitel is credited as the director of many of the Beetle Bailey cartoons, while some of the music scores were by industry veteran George Bruns. Howard Morris provided voices for Beetle and General Halftrack, Allen Melvin was Sarge, Paul Frees did Zero and Cosmo and June Foray made a guest performance as Beetle’s girlfriend Bunny. The theme song was written by Jay Livingston and Ray Evans, who also did the music for “Bonanza” and “Mister Ed.”

Stay tooned for more about the history of the Beetle Bailey cartoon series.