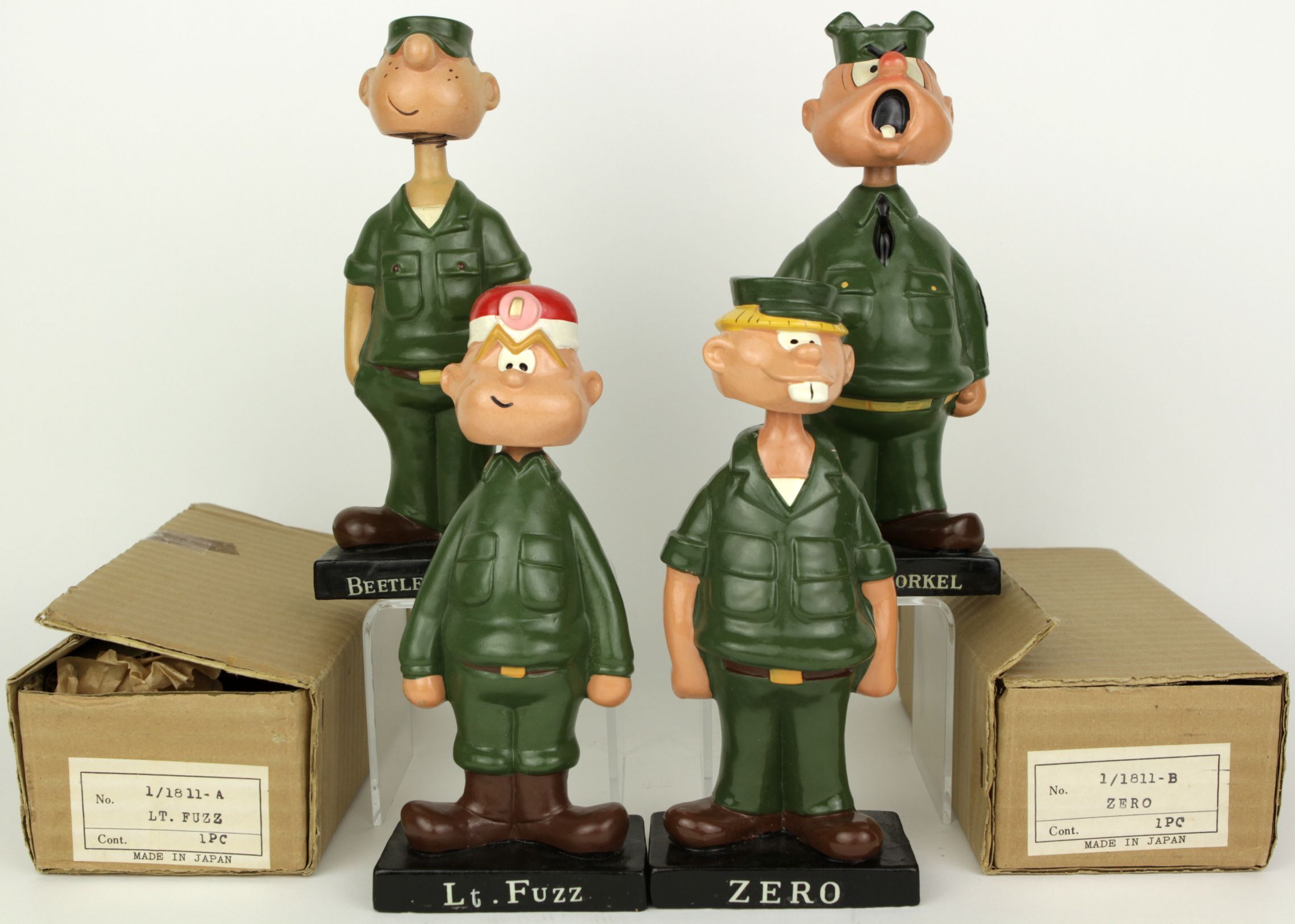 This set of figures from the early 1960s is one of the most sought-after Beetle Bailey collectibles. They occasionally show up on eBay for about $80 apiece and a complete set sold a few years ago for $240.

I used to have a few of these in my room when I was growing up in Greenwich, Connecticut. As I remember it, they were produced by a marketing company owned by New York Giants defensive end Andy Robustelli and sold at The Sports Shop on Greenwich Avenue.

Robustelli was born on Dec. 6, 1925, in Stamford, Connecticut and had a storied professional football career that began in 1951 with the Los Angeles Rams and ended following the 1964 season, his ninth year with the Giants. He won a championship with the Rams during his rookie season and led the Giants to a National Football League title in 1956, their first of several championship appearances with Robustelli at the center of a defensive powerhouse.

During his playing career, he opened a sporting goods store in Greenwich. He also founded a successful travel agency and sports marketing company before he began a stint in the Giants front office as director of operations. He passed away in 2011.

That’s all I know about these unique bobbleheads. Please contact us if you have any more information.