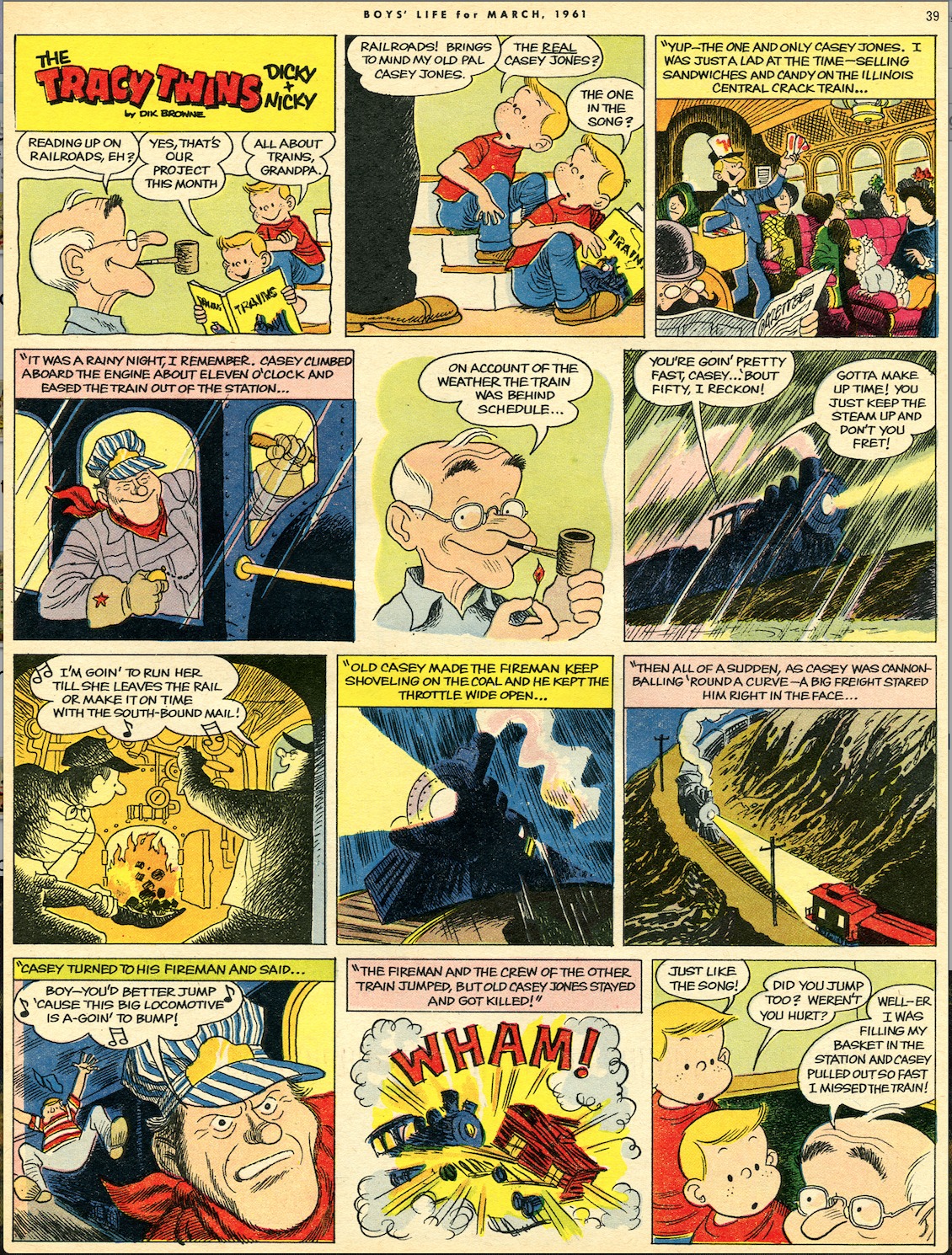 As we have documented in previous posts, The Tracy Twins, which was illustrated by Dik Browne, made its debut in the October 1953 issue of Boys’ Life magazine, one year before Hi and Lois started in newspapers on October 18, 1954.

Dicky and Nicky’s grandfather, who first appeared in January 1954, loved telling tall tales about his past exploits and long-lost relatives, as in the classic Casey Jones episode above. Most of the plots revolved around clever schemes, often inspired by Grandpa’s stories, which inevitably backfired. Grandpa became an integral member of the cast along with a set of typical 1950s Baby Boom parents.

Al Stenzel, who wrote the feature, did large pencil layouts of The Tracy Twins pages on tracing paper with extensive directions on staging, costumes and historical details, since many of the episodes contained flashbacks and elements of fantasy and folklore.

We hope our readers enjoy seeing these examples of Dik Browne’s early work.