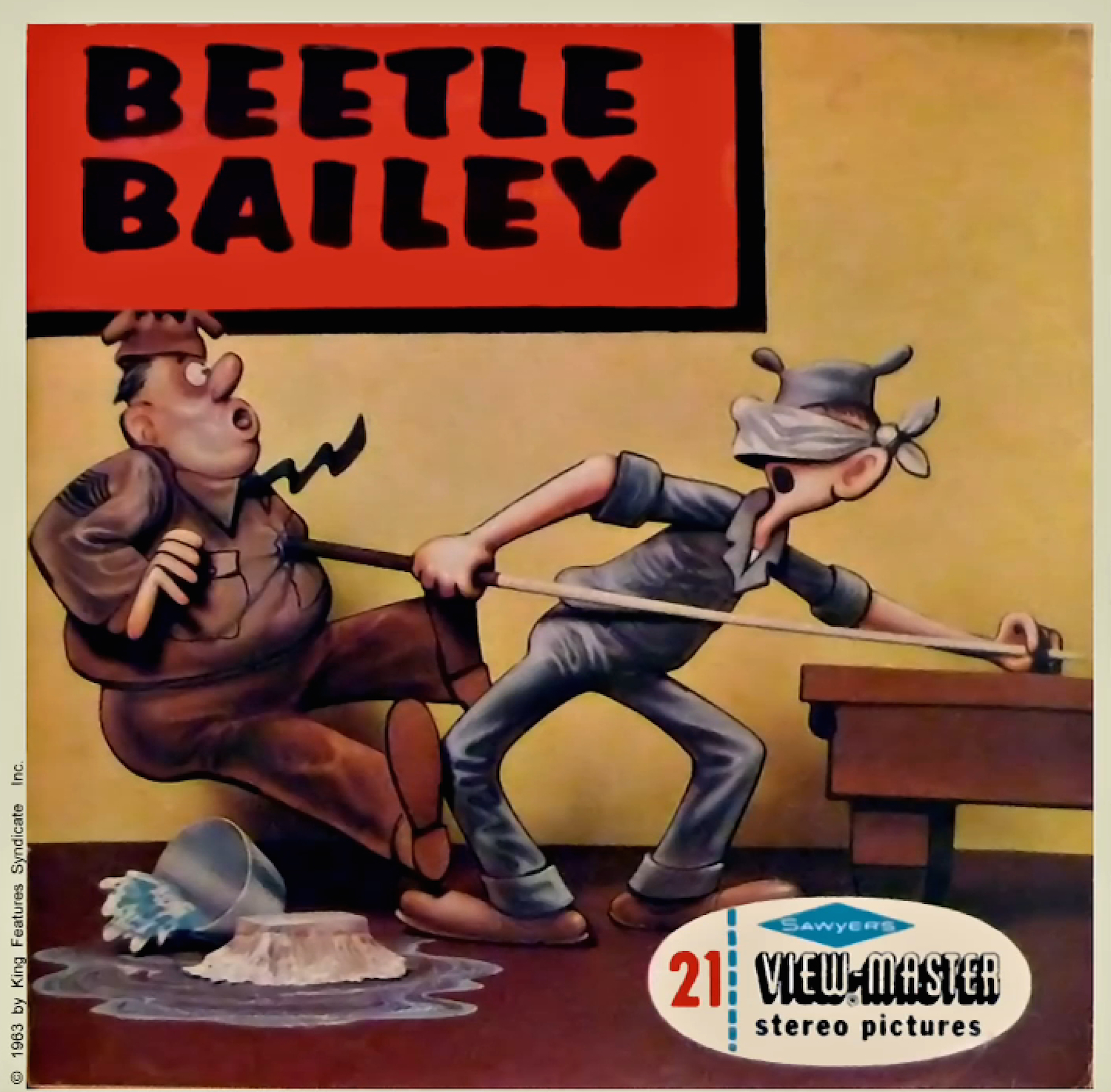 View-Master began manufacturing stereoscopic viewers in 1939. Their system used thin cardboard discs with pairs of color photographs which created a three-dimensional image when looked at through the viewer. Most of the reels were of tourist attractions and travel sites, although they also made sets with pop-culture themes, particularly after they acquired their main competitor, True-Vue, in 1951 and obtained the rights to the Disney properties. 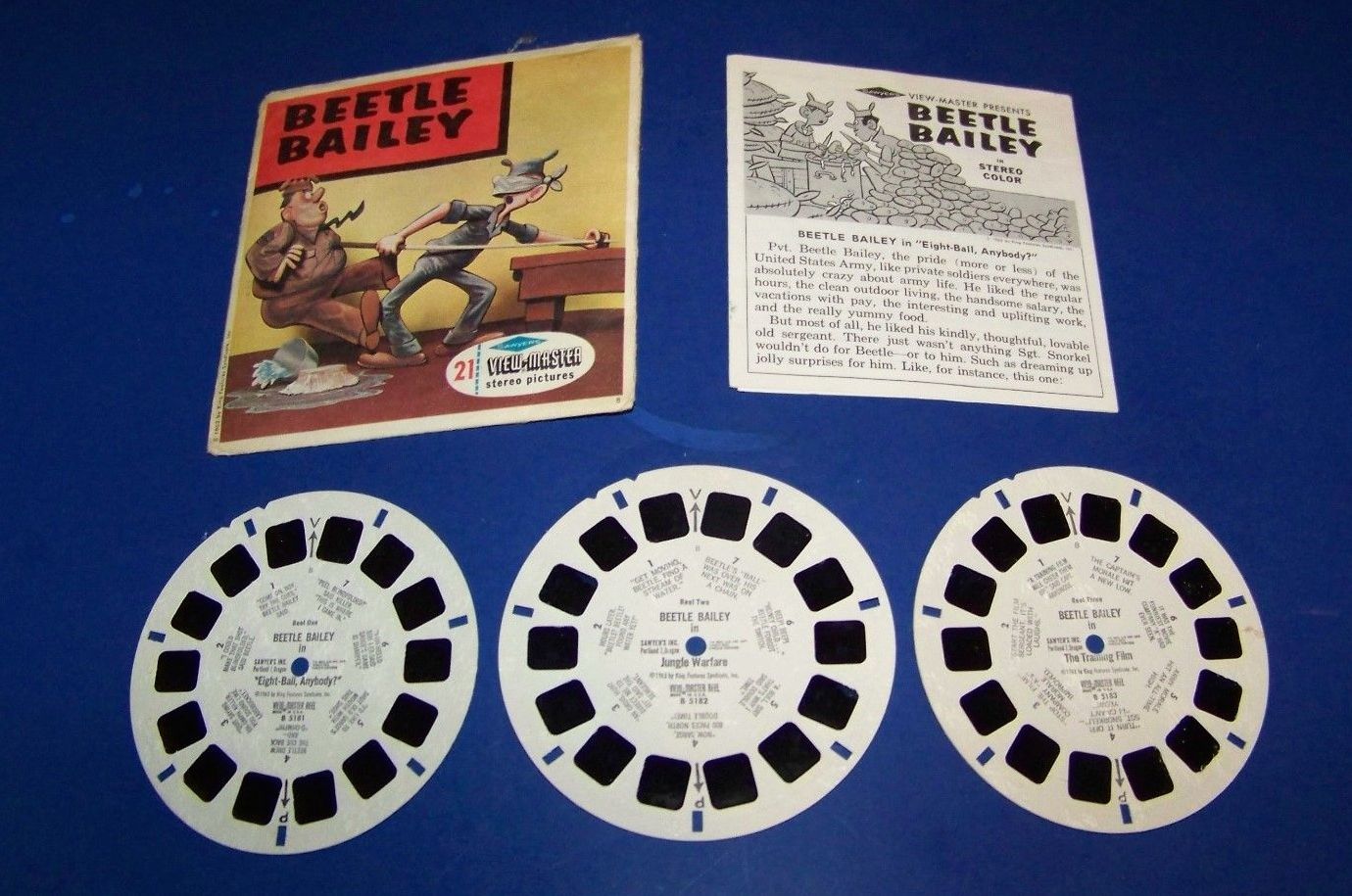 View-Master released a three-reel Beetle Bailey set in 1963. The images were dioramic sets, with cartoon images blended with painted objects made mostly out of cut, shaped, molded and glued paper. There were also objects made from plastic or clay to create a rounded look. 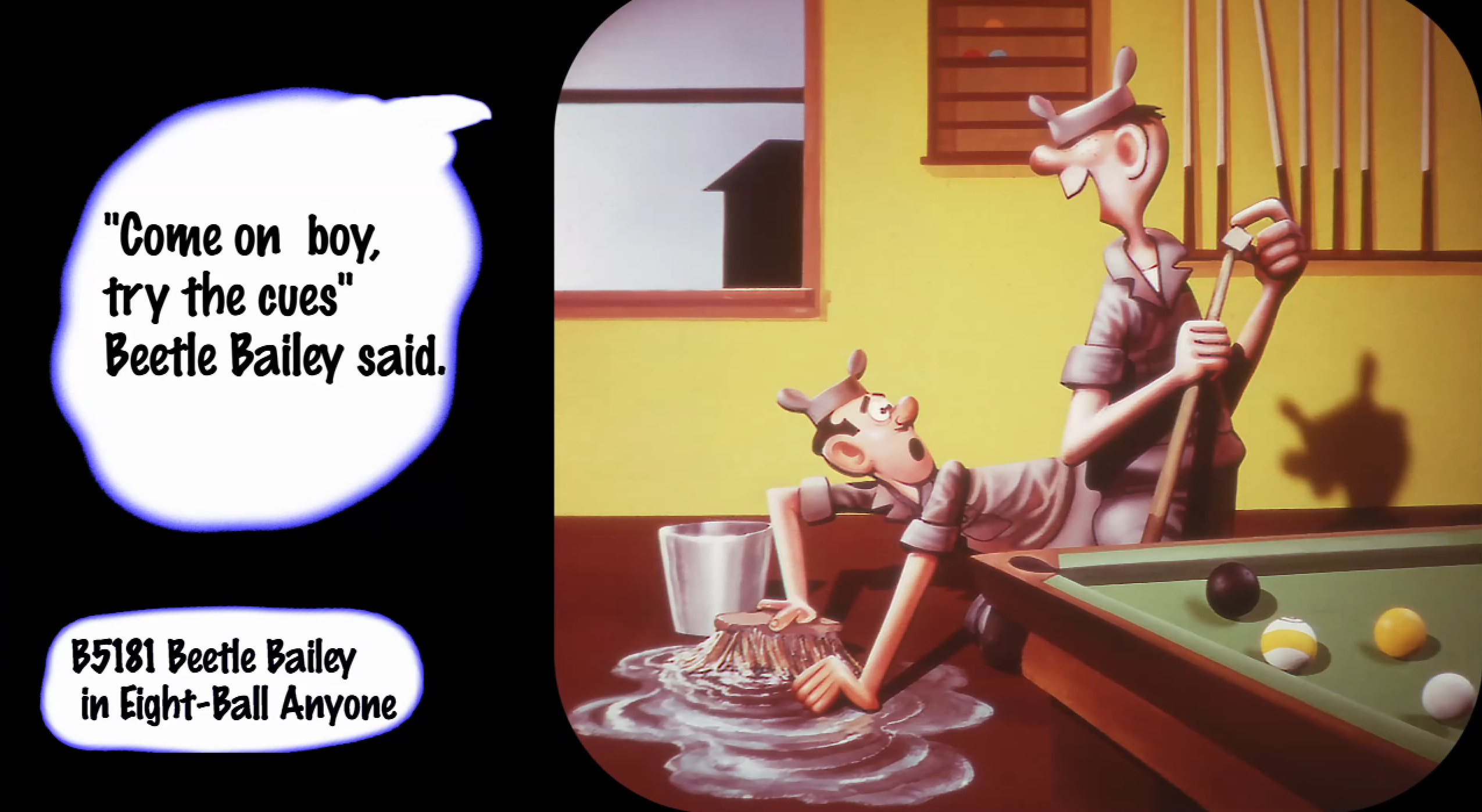 These dioramas were designed to create a cartoon effect and the result was a unique three-dimensional interpretation of a two-dimensional world. Apparently the View-Master executives were not pleased with the results and this was the only Beetle Bailey set ever produced.

To view the Beetle Bailey View-Master set go to: 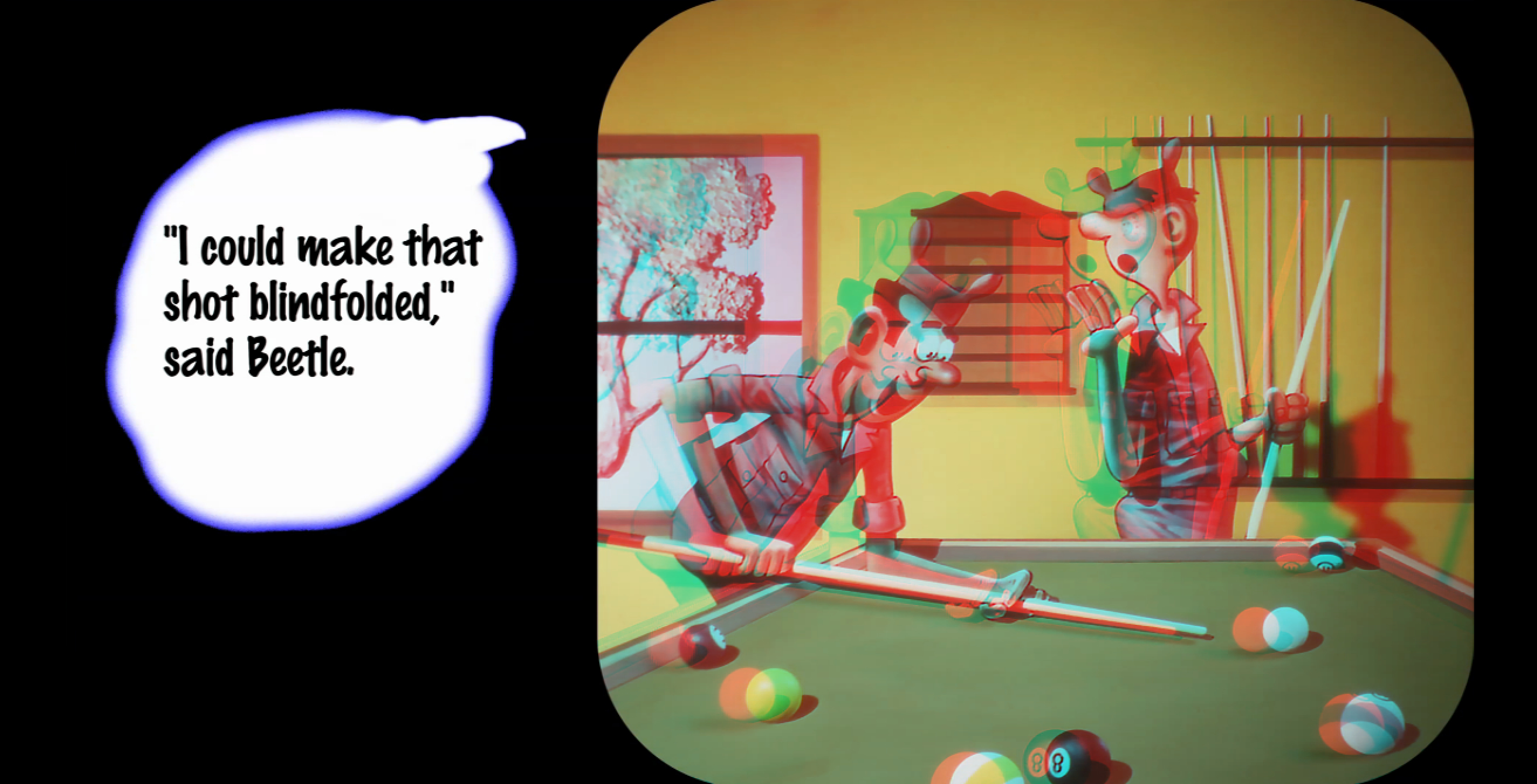 If you click on the little gear in the right hand corner, you can view these images in both 2-D and 3-D (image above). You need a set of 3-D glasses (the blue/red lens type) to see the 3-D images. I tried it and it works. Thanks to Roger Maddy for creating this.