Ask A Cartoonist: Luck of the Irish

St. Patrick’s day is just over the rainbow, so I asked all of our cartoonists to tell me about their lucky charms– or their characters’– lucky charms!

Back in ”03, I visited the “Neon Boneyard” in downtown Las Vegas, a repository of junked Casino signage. Zippy loved the place—so many forgotten icons, so little time to engage each one in conversation! What an apt metaphor for the illusion that a thing like”luck” actually
exists…

Speaking of St. Patrick’s Day, here’s a beautiful Leprechaun themed pencil sketch that Hank did many years ago, which, of course, I saved and treasure. Hank’s pencils were exquisite! 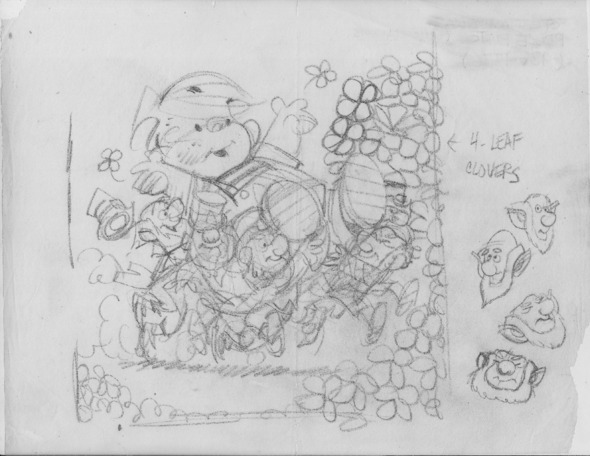 Snuffy Smith’s good luck charms are all the Aces he keeps up his sleeve as this comic strip I created several years ago illustrates!

I’ve got the luck of the Irish being that I had an Irishman for a Father. Here he is on St. Patrick’s Day 1970 with shillelagh in hand. In the front row is my Irish Grandma, myself, and my younger brother Nick. 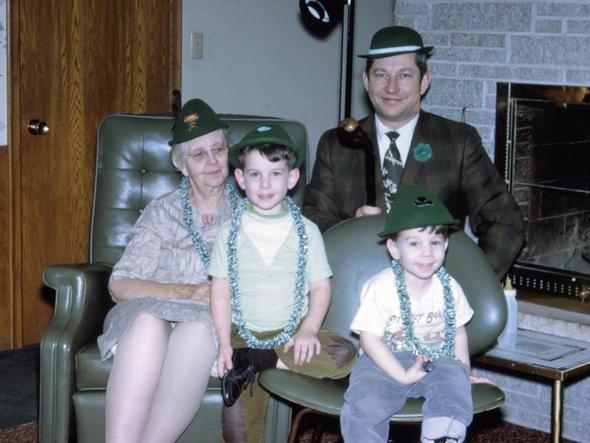 Since “Fastrack” is set in the world of corporate technology, it seems that there’s much more bad luck than the positive kind.

How about having no luck at all? Last time I was in Las Vegas — for the 2012 NCS Reuben Awards — I lost $87 in about 4 minutes at a craps table… Though truth be told, I’m sure my loss had less to do with luck than not knowing what the heck I was doing. Steve and I had earlier come up with a short series, to run that same week the Reubens were in town, where Dustin and Fitch visit Las Vegas together. As you can see, they didn’t have much luck either.

As a young kid, I had a dark purple rabbits foot that I wore clipped to the belt loop of my Tough Skins jeans. (That was Sears brand in the 70s). I had won it at a Boy Scout fair. It was soft, and as much as I loved it then, I abhor the idea of it now.

These days, in general, I feel like a pretty lucky person. No charms needed. 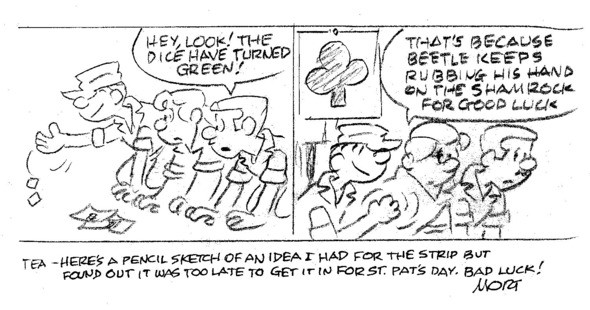