The first non-comic book Beetle Bailey collection was a 6”x9” paperback published by Dell in December 1958. The front cover is shown above. On the back cover was a description of the contents: “A Riotous Collection of New Cartoons, Plus a Vintage Assortment of All-Time Favorites.”

Inside were 98 single and multi-panel cartoons, similar in format to the gag cartoons Mort did in his magazine days for The Saturday Evening Post. 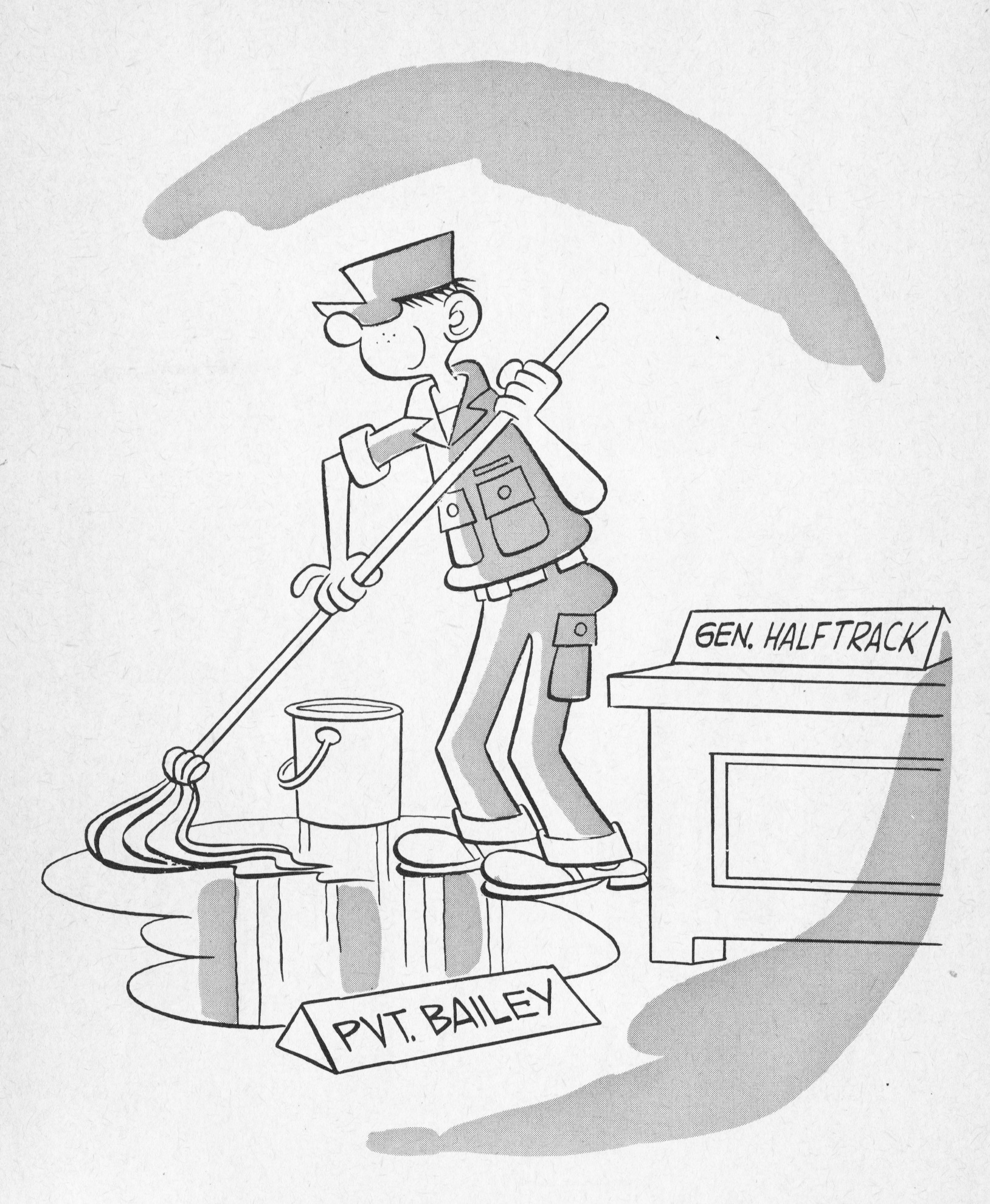 Drawn specially for this volume, these featured a half-tone gray-wash technique that was different from the Ben-Day dot shading that was used in the newspaper strip.

There were also 20 classic comic strips that had been previously printed in newspapers. 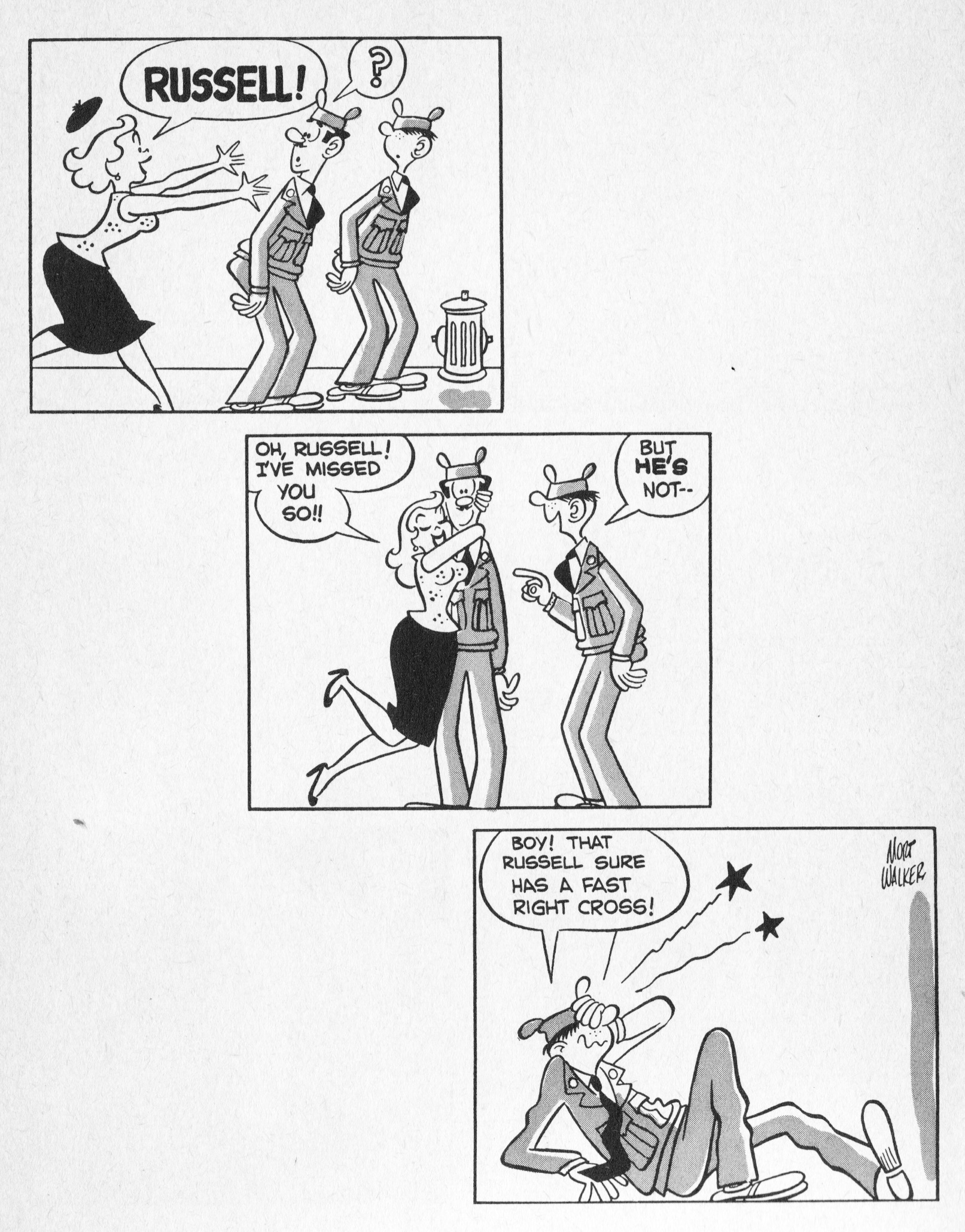 A biographical profile in the back of the book claimed, “It has been said that Beetle Bailey is ‘the most successful comic strip to come along in the past twenty-five years.’ But to Mort Walker, who also writes another strip called Hi and Lois, it is ‘just an extension of the good fun I had drawing on the bulletin board in grade school. Only now more people see it.’”

This book is often available on eBay for prices ranging from $10 to $30, depending on the condition.