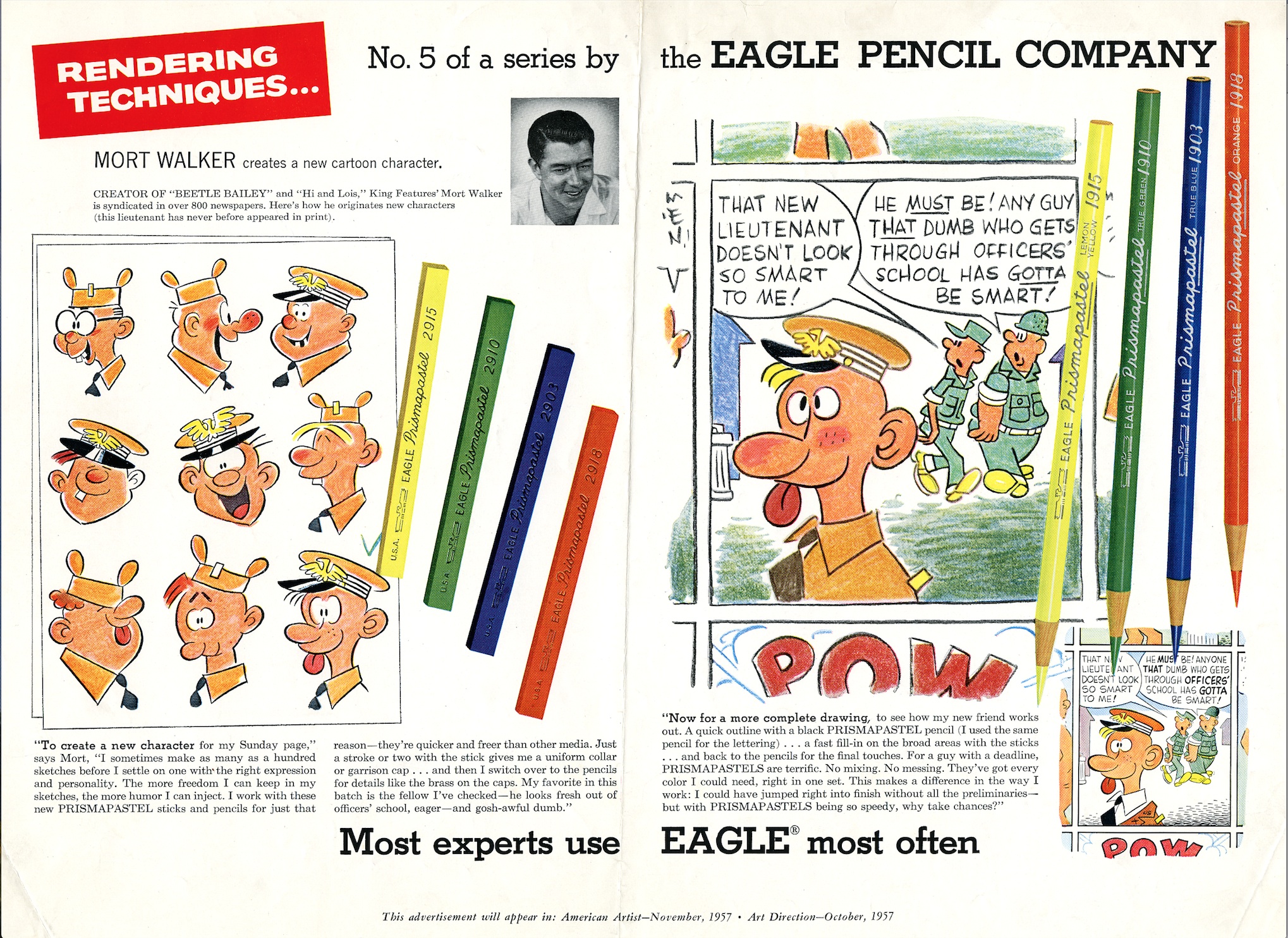 The advertisement above, which appeared in two art magazines in the fall of 1957, was one of the first accounts that Mort Walker did. During that period, Mort was creating new characters on an almost annual basis. This ad purportedly revealed how he developed a new lieutenant for the strip.

Although Mort might have used Prismapastel sticks and pencils on occasion in his sketchbook, these tools were not used in the production of the strip. Beetle Bailey was, and still is, done in a traditional hand-drawn process. Mort sketches the finished strips on sheets of 3-ply Strathmore plate-finish paper with a standard graphite pencil about twice as large as they appear in newspapers. The pencil lines and lettering are then inked over with India ink applied with a flexible nib pen, like the Gillotte 170, which Chance Browne once called, “the singing sword of cartooning.”

In the late 1950s and 60s, the inking duties were shared by Mort and his assistant Jerry Dumas. Greg Walker now does the inking and lettering on the strip. For many years, King Features production assistants did the color guides for the Sunday pages by hand. The coloring for both Sundays and dailies is now done by computers.

This advertisement is misleading in two ways. Mort did not used colored pencils to draw the finished strips and this character never appeared in Beetle Bailey. The Eagle Pencil Company was obviously more interested in pushing their product than accurately showing how a comic strip was produced.

In the 1960s, 70s and 80s Mort Walker did advertisements for a variety of clients, including U-Haul, Vicks, Chef-Foil, Sprite, FedEx and Crayola. We will be featuring artwork from some of these accounts in future posts, so stay tooned.