One of the first Beetle Bailey merchandising products, other than comic books, was a game made by the Jaymar Specialty Company of New York in the mid-1950s (there is no specific date on the box or the board). All of the artwork for this game was drawn by Mort Walker.

The game board, shown below, features some hilarious action scenes, particularly ones with Killer chasing girls. All of the characters in the cast at that time were included. 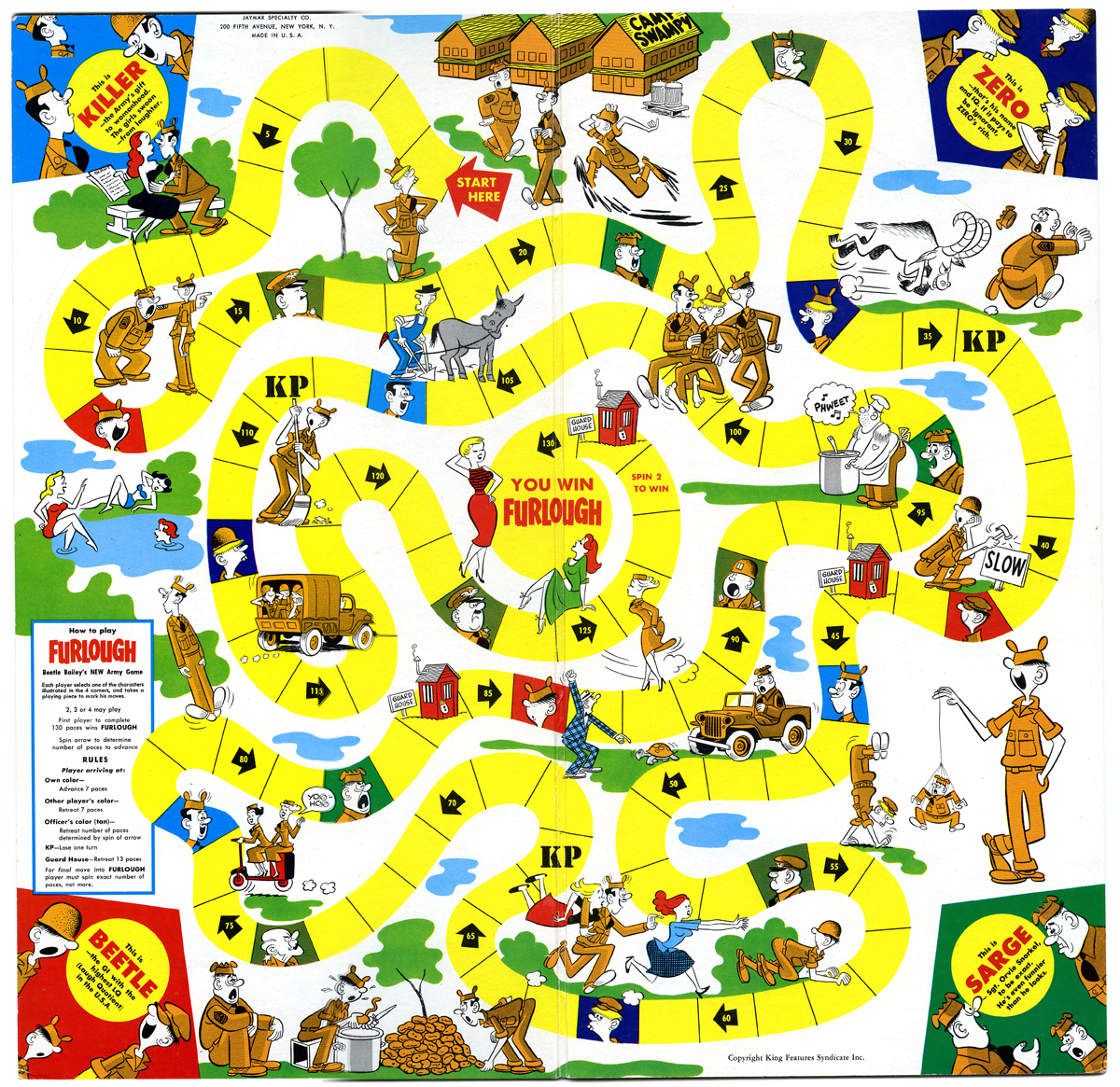 One of these games, described as in “pretty good condition,” sold recently on eBay for $45. The date on the listing was 1950, which is incorrect since Beetle was still in college during the first year of the strip.

I remember playing this game with my brothers and sisters when I was a young kid. It wasn’t as challenging as Monopoly but it was fun to see my father’s characters on the board.  A special thanks to Neal Walker for providing the scans above.