Ask the Archivist: US HUSBANDS 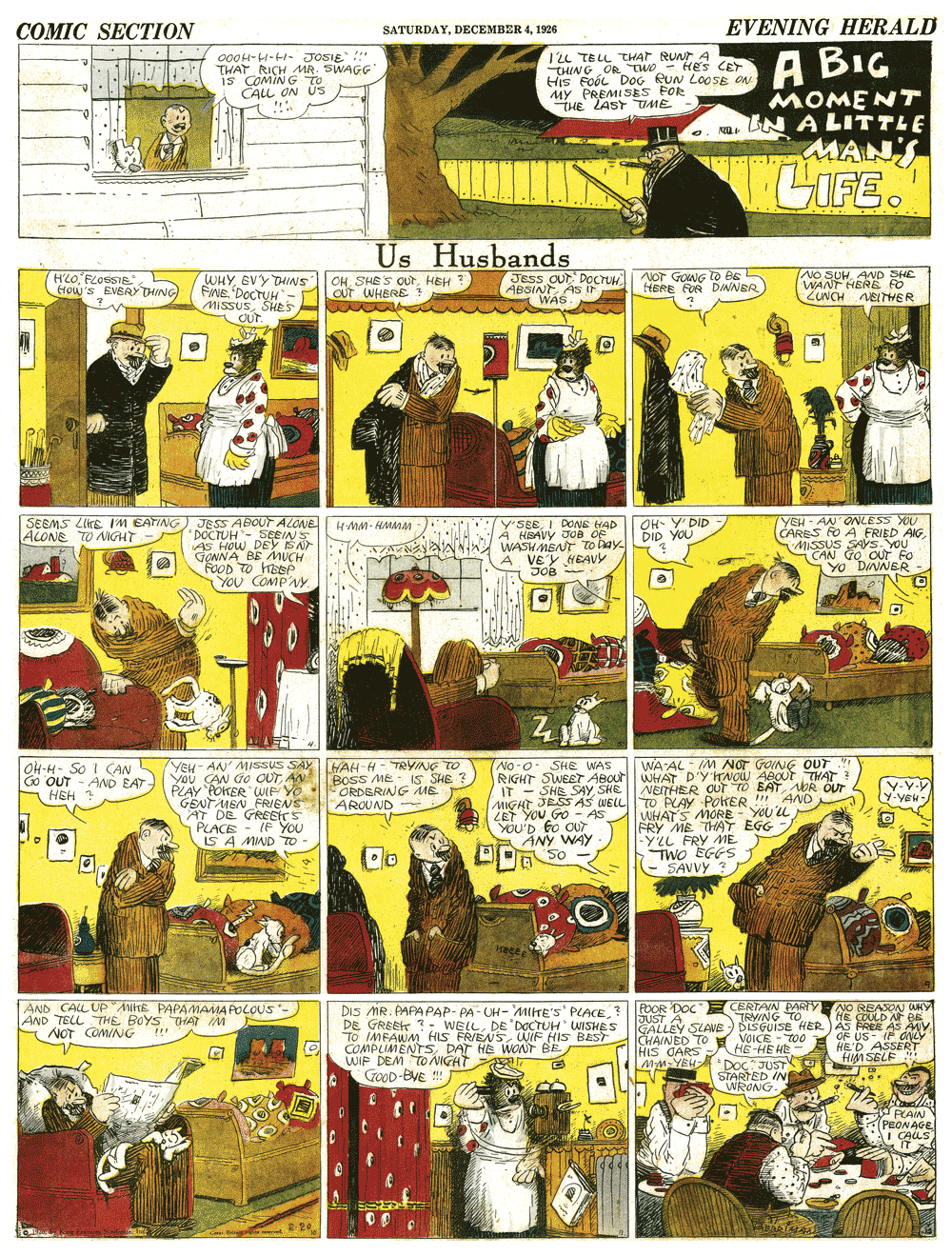 Today we have a glance at a rare series by the immortal George Herriman.

From World War One into the 1960s, some of the Hearst papers carried a comic section on Saturday. This would be a fixture in the largest cities where we had more than one paper. The formula was that there would be an evening, morning and Sunday publication, but starting in at least 1917, some of the evening titles had gotten a jump on the Sundays by having a smaller section on Saturday.

We had many more strips than would be usually found in a typical Sunday section; in fact we marketed a standard second section lineup. In the mid ’20s it would consist of Polly, Barney Google, Toots & Casper and Just Boy. But there were also some obscure titles that seemed to only exist for these Hearst chain Saturday sections, one being US HUSBANDS, which appeared from January to December 1926. 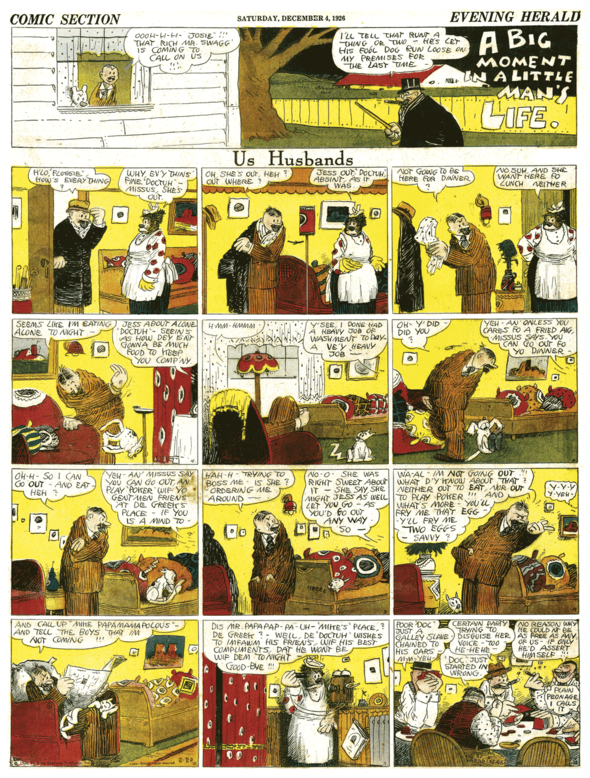 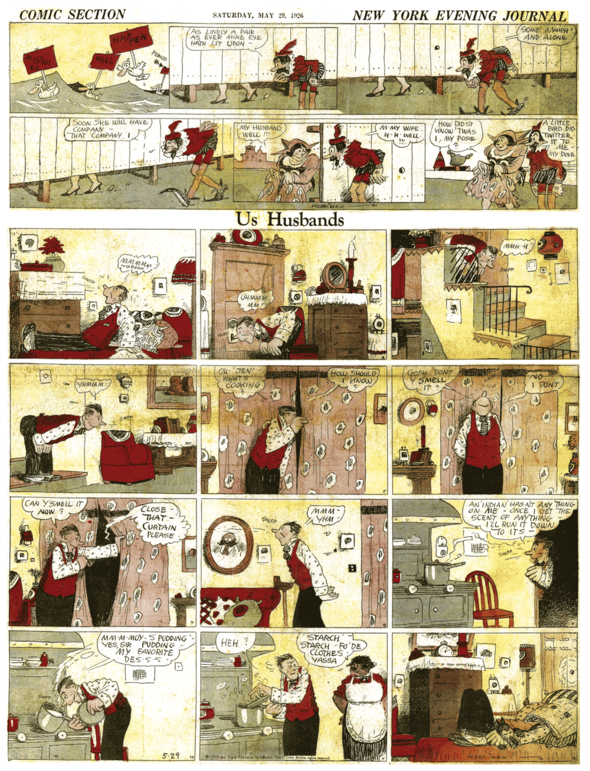 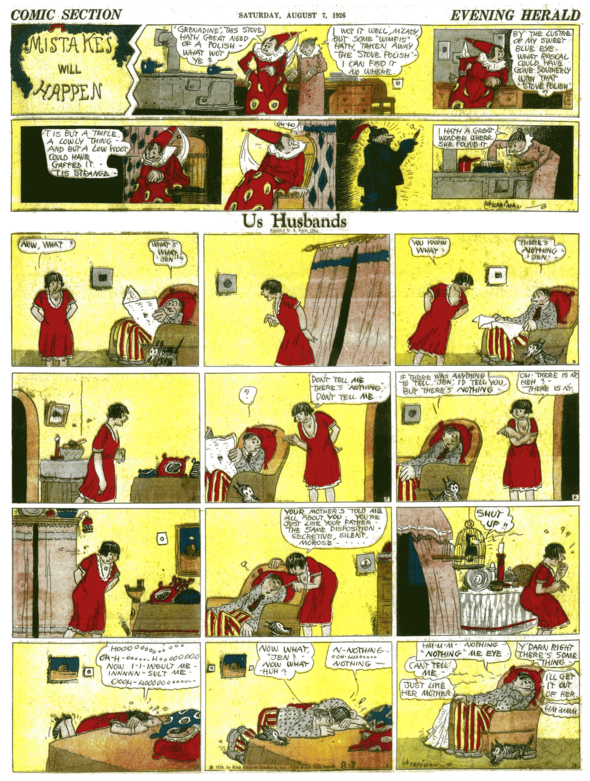 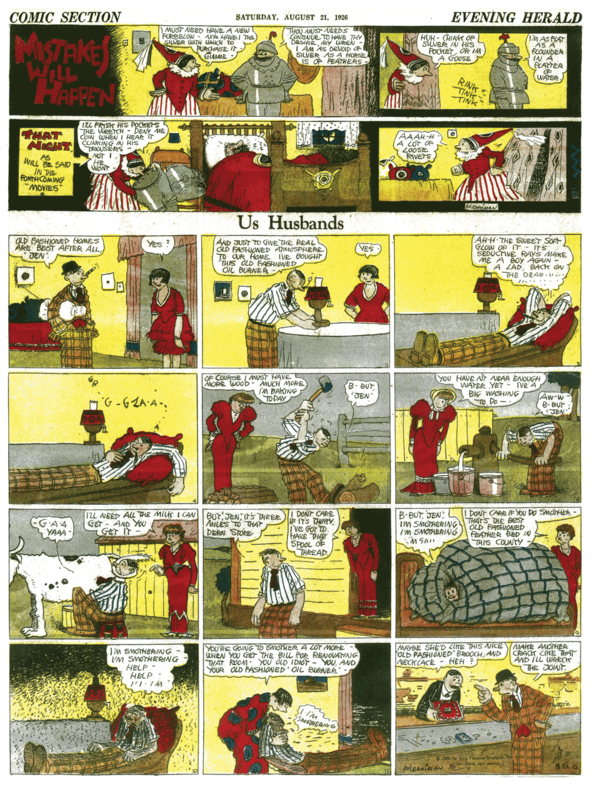 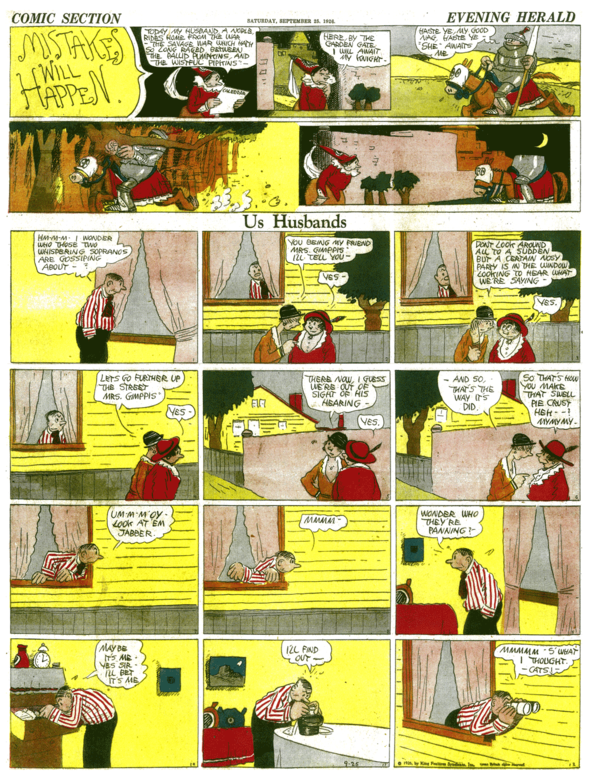 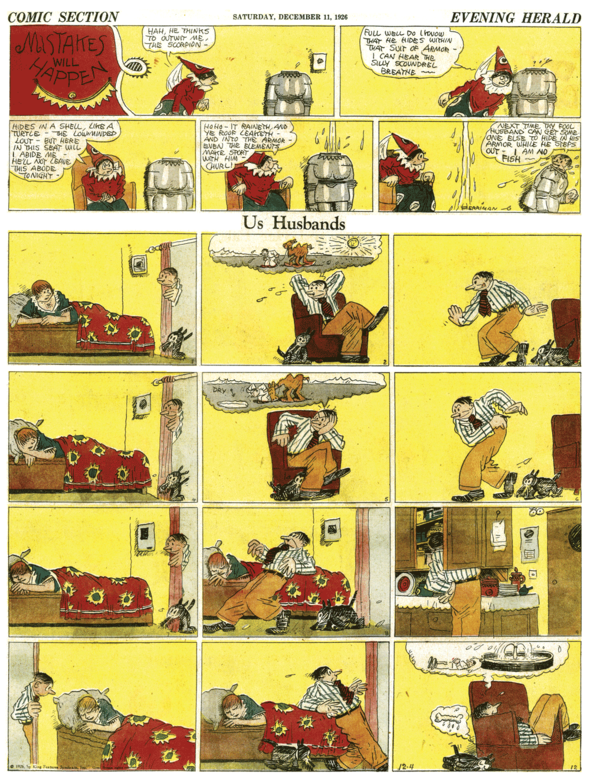 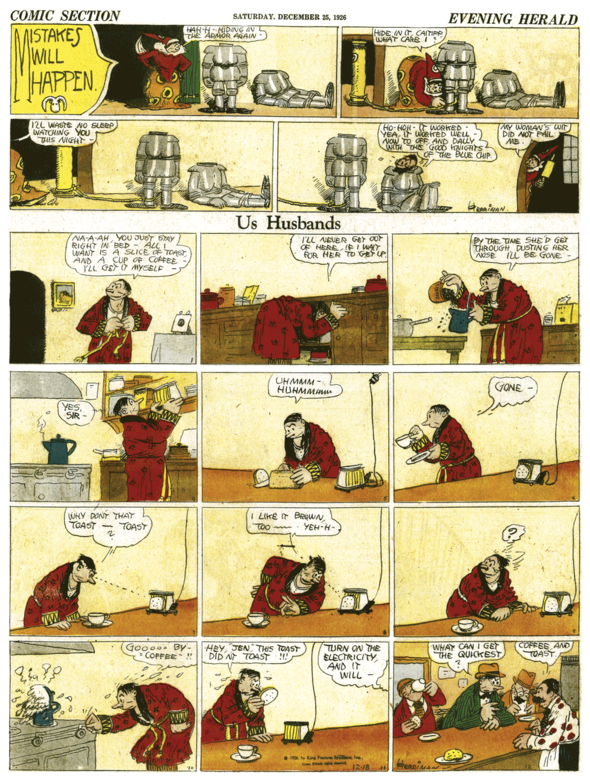 (The dates on these strips don’t necessarily reflect the publication date.)

The story line was about all manner of married life, but soon settled on a young married couple that gets on each other’s nerves. The top strip was at first a top picture that slowly evolved into a separate series like we saw here two weeks ago. What it became was perhaps more interesting than the main strip. Mistakes Will Happen” concerned a medieval counterpoint to the 1926 action below, though very little attempt  was made at historical accuracy in subject or language.

And now, instead of the Mail Bag, it’s an apology from my Editor:

To those of you who may have written in with questions about last week’s Archivist blog post (February 18), I need to extend sincere apologies. In updating the post to correct an error, any comments posted were apparently deleted. If you don’t mind repeating your question this week, I promise not to fix any errors before saving the comments — and The Archivist will be happy to answer you. — The Archivist’s Editor

See you all next week.