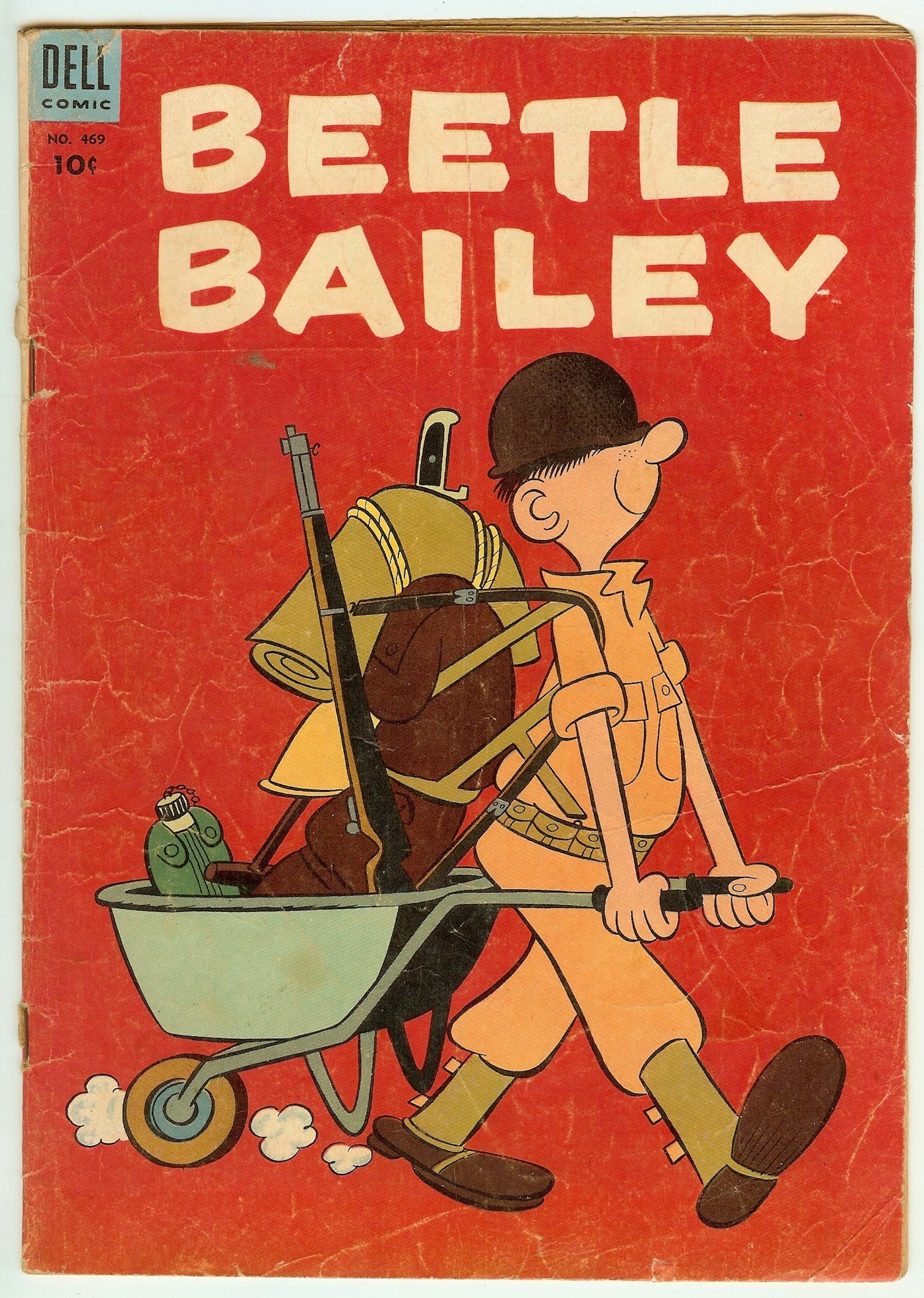 The first Beetle Bailey comic book, Dell #469 shown above, was published on May 1, 1953. At that time it was part of the Dell Four Color Comics series, which ran alternating titles. Mort Walker drew all of the cover and interior pages (example on the right).