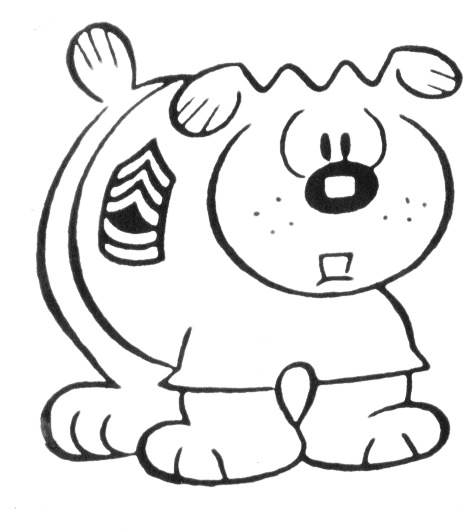 In 1956, a new character joined the cast of Beetle Bailey. Otto’s official debut is shown in the strip below.

Mort Walker looked back on the creation of Otto for The Best of Beetle Bailey in 1984. “Every boy should have a dog, as the saying goes, to teach him love, responsibility and to turn around three times before he lies down. Sarge being a boy at heart, deserved a dog. But did he deserve Otto?”

In the beginning, Otto was a real dog, walking on all fours, communicating with woofs and growls and occasionally threatening to bite someone.

Eventually Mort fell into the old cartoonist’s trap and humanized Otto, but that wasn’t for a few more years. Stay tooned for the continuing history of Camp Swampy’s favorite canine character.