Ask the Archivist: GROSS OUT 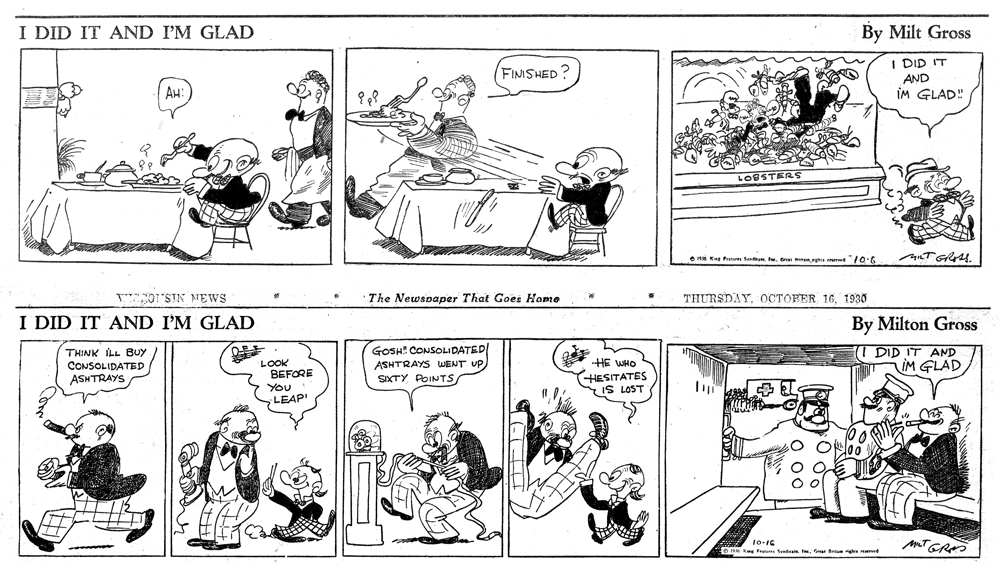 Today The Archivist casts his bleary eye towards a little-known series by the great Milt Gross.

Milt Gross (1895-1953) was one of the star cartoonists of the 1920s and ‘30s, achieving fame first with his columns and books written in Yiddish dialect, like “Nize Baby” and collections of his  parody poems and fairy tales. In comics, he created wacky characters like the Feitlebaum Family, Looy Dot Dope and Count Screwloose of Tooloose over at the Pulitzer New York World/Press publishing syndicate.

He moved the Sunday series Count over to King Features in October 1930, along with a new series of daily strips. These were three off-and-on titles, The Meanest Man, about a nameless little miscreant with wild unkempt hair, skulking around in an oversized black hat and coat, who went about setting up small disasters on unsuspecting citizens. The second was I Did It And I’m Glad, which showed somebody pushed beyond endurance, and getting a sometimes brutal revenge. The third was Draw Your Own Conclusions, a story of the events that lead up to, but not including, an inevitable calamity.

Gross was still very much in his prime, and these cartoons were usually quite funny, though very few papers were interested in taking them, and the three series only lasted until March, 1931, when his next character-driven  series, Dave’s Delicatessen, replaced it. Here are some samples: 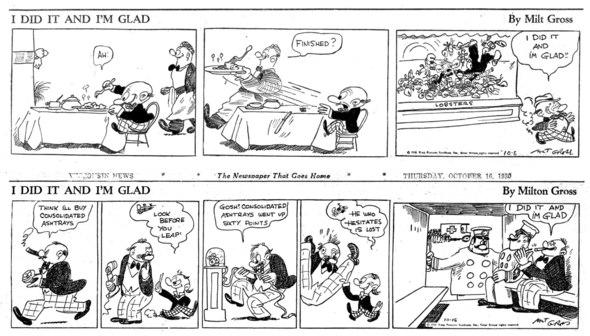 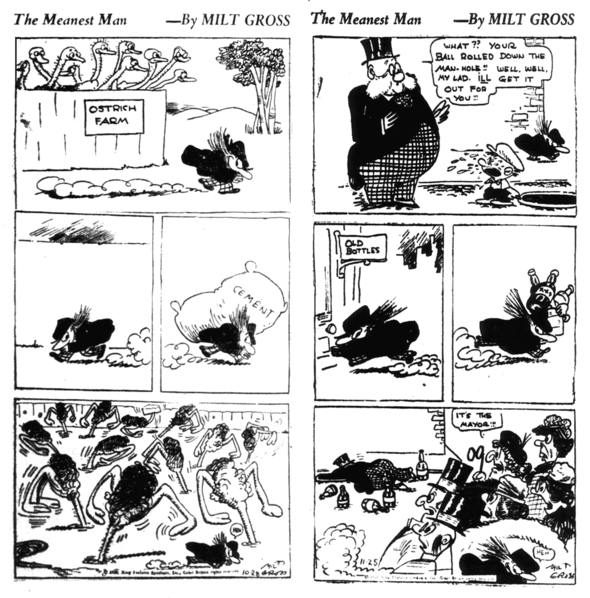 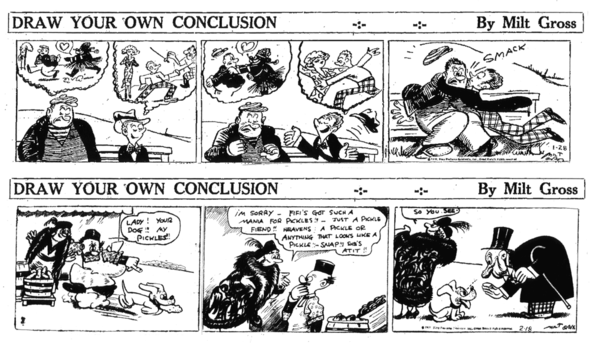 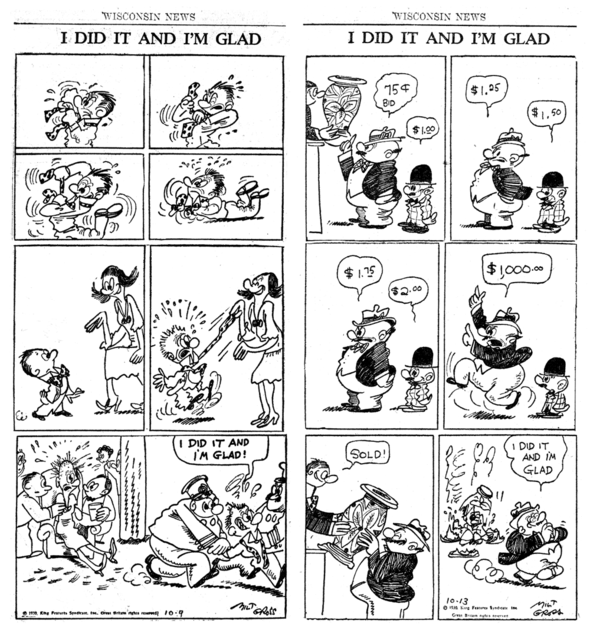 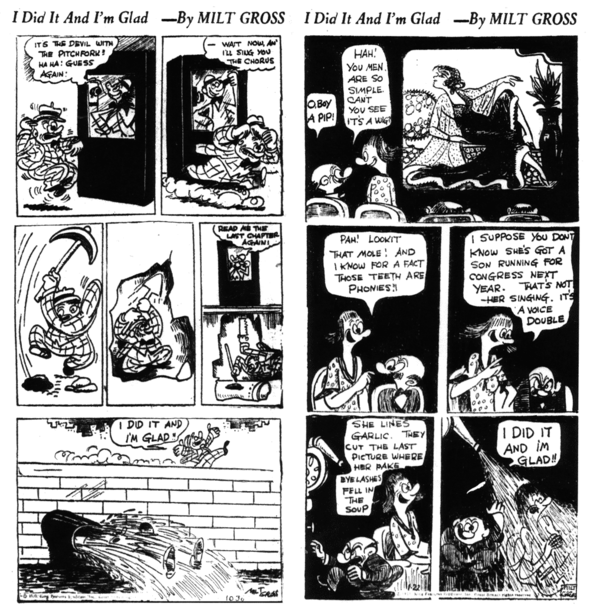 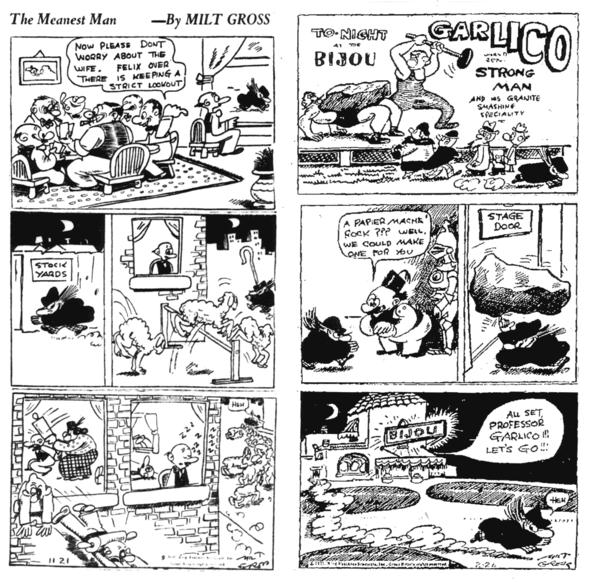 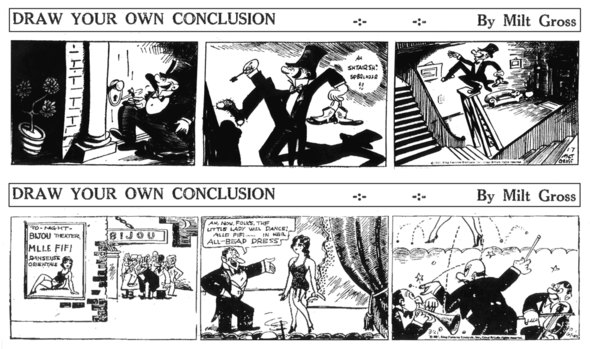