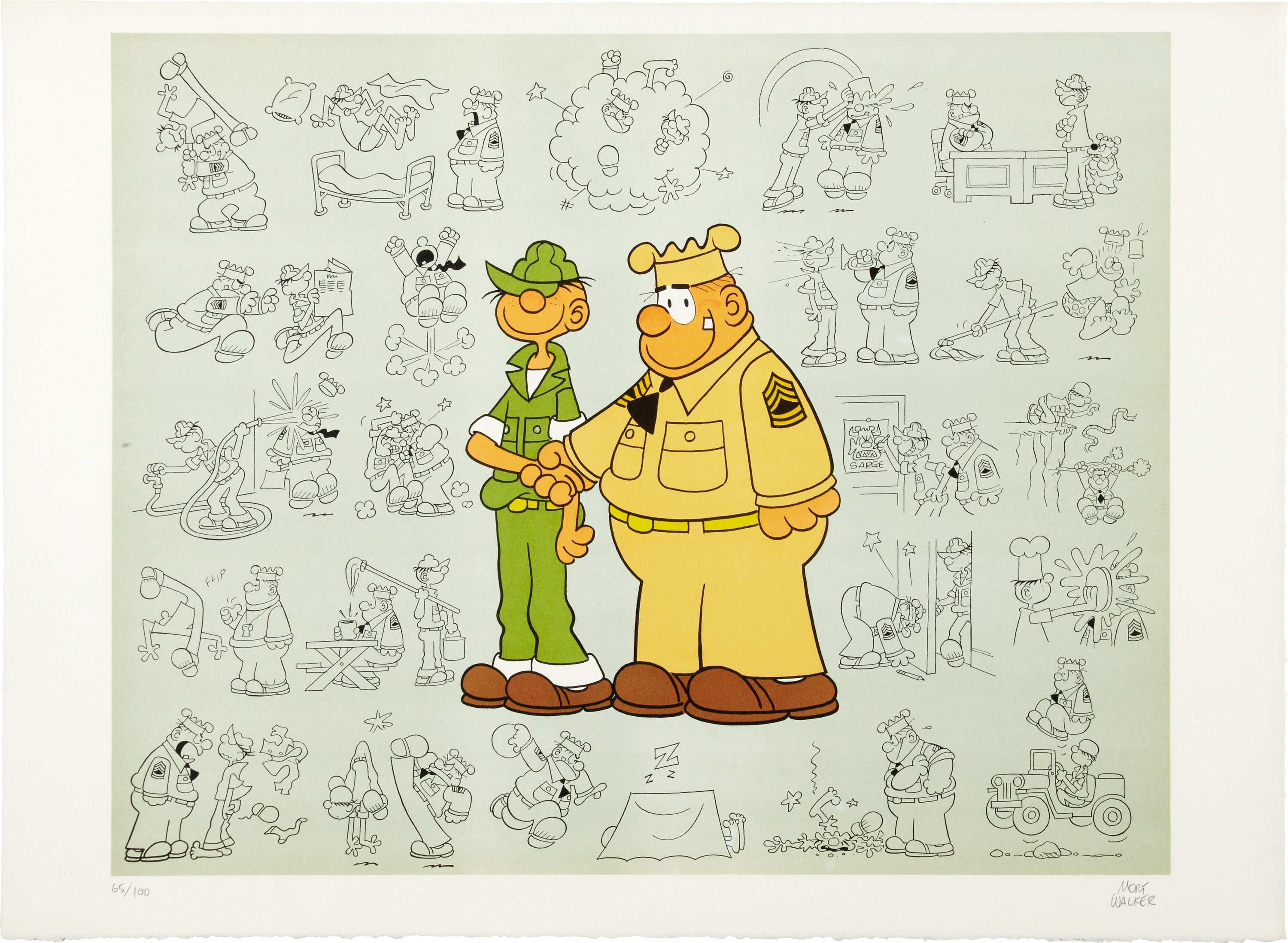 In 1978, Harry N. Abrams collaborated with the Newspaper Comics Council to produce a series of limited edition comic art prints by twenty of America’s top cartoonists. Each artist created a unique illustration that featured their most well-known characters.

This project provided the cartoonists with the opportunity to showcase their talents in an unrestricted format. The resulting creations were then reproduced with the highest quality standards and printed on rag paper in a limited edition of one hundred sets, which were numbered and signed by each artist. The prints were initially offered for $250 per print or $6000 for a set of twenty, but since that time individual prints have sold for considerably more.