We wish you all a Happy 2016 filled with joy and wonder…and comics!

John Rose (“Barney Google & Snuffy Smith”) would like to wish his fans a bodacious New Year!  And he’s happy to announce that Charlton Spotlight #9, which features the “Hopalong  Jughaid” comic book story that he wrote and illustrated, is available in comic book shops now!

Rina Piccolo (“Tina’s Groove”) is a guest cartoonist filling in for Hilary Price this week on “Rhymes With Orange” from Monday December 28 to Sunday January 3!  Rina says, “Hilary is one of my ultimate favorite gag cartoonists, and in my opinion her comic ranks among the top 5 best single panel cartoons in syndication – so this opportunity to guest spot is a real thrill for me”!

Brian Walker looks back at when “Beetle Bailey” featured Santa and his elves during the December holiday season!

David Reddick (“Intelligent Life”) shows us an old holiday gag cartoon he did for newspapers a few years ago! 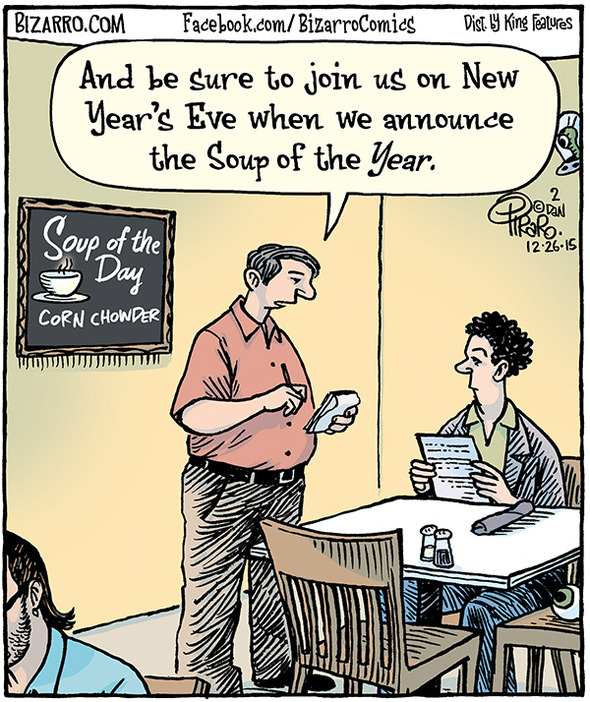