Glad tidings of the season, brothers and sisters. Time to turn the last spade on this year and face the prospect of another one dropping in on us in but a few dwindling hours anon.

We invite you to spend a minute to ponder some timely toons out of time with some past holiday efforts. 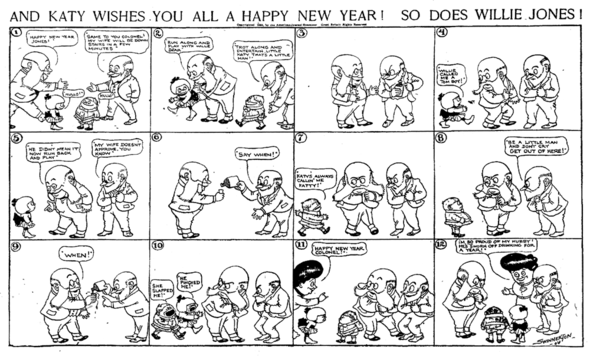 KATY 1 JANUARY 1905. Katy was another of James Swinnerton’s troublemaking moppets,
a distaff counterpart to Little Jimmy. She had her own short-lived Sunday series in the 1900s. 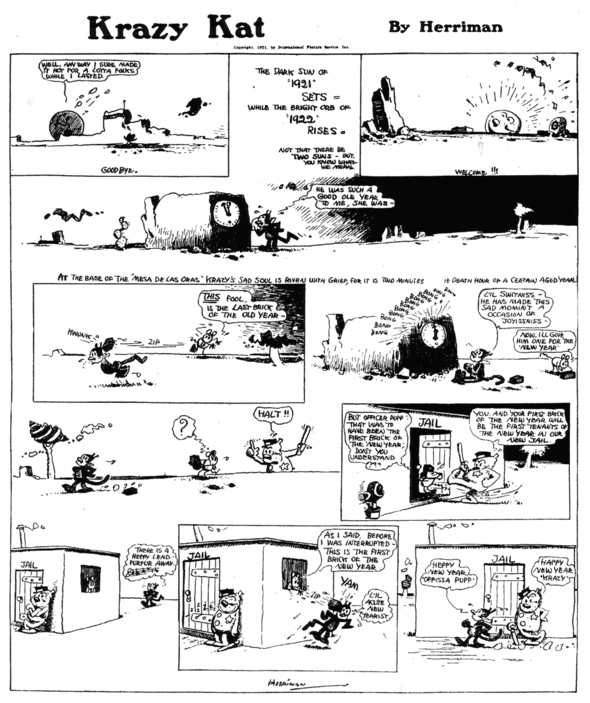 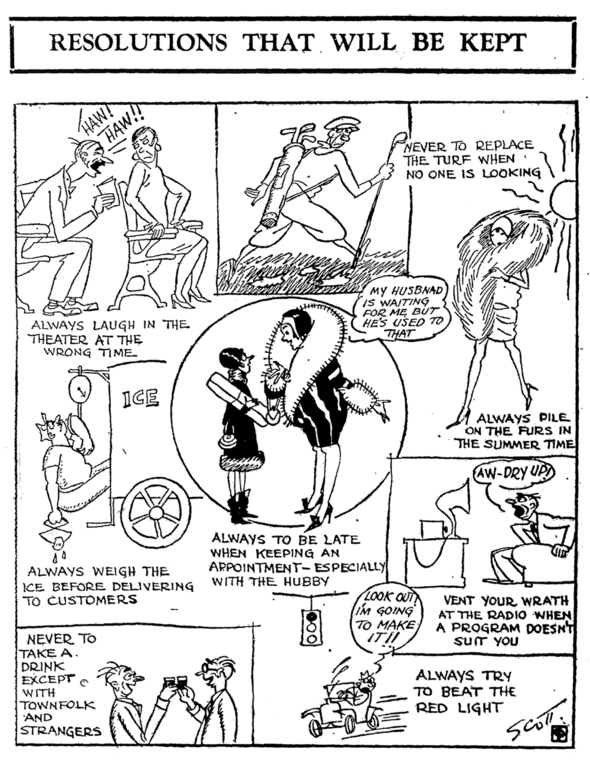 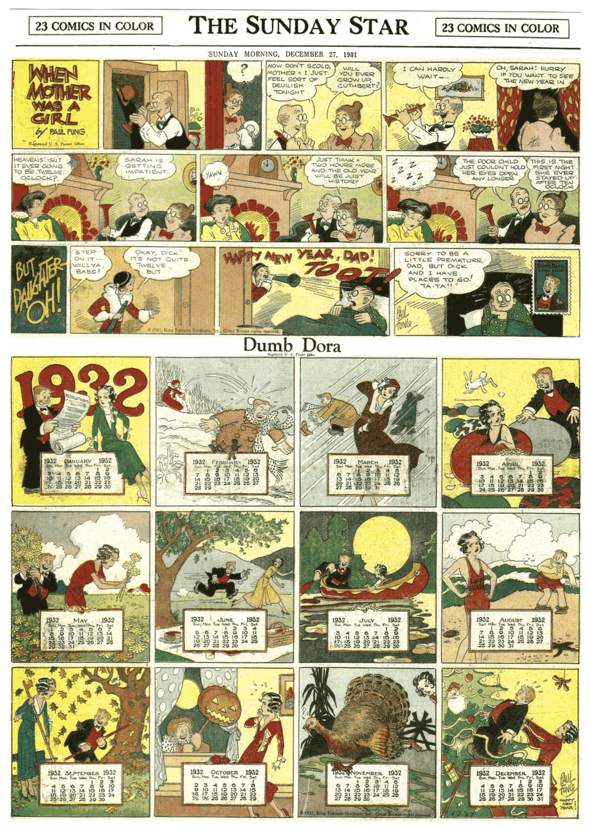 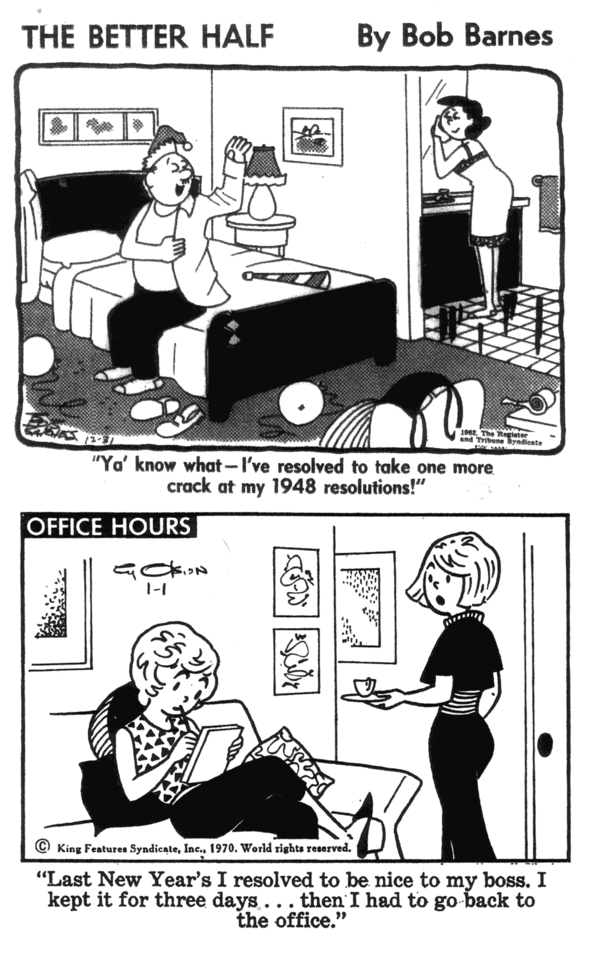 Please don’t over-imbibe from the wassail bowl. Drive safe and sober and if you’re going to join the throng in Times Square, and be sure and keep your hands on your wallets. Cheerio!

Last but not least before I depart until next week, we must address the Mail Bag:

TO Peter Vollman, Donnie Pitchford, M Hawke, Timothy Fisher, Cephasatl, and everyone else-
Glad to hear from you all, that the effort I put into the ASK THE ARCHIVIST is appreciated. Hope to keep your interest in 2016.
Yours,
THE KING FEATURES ARCHIVIST.