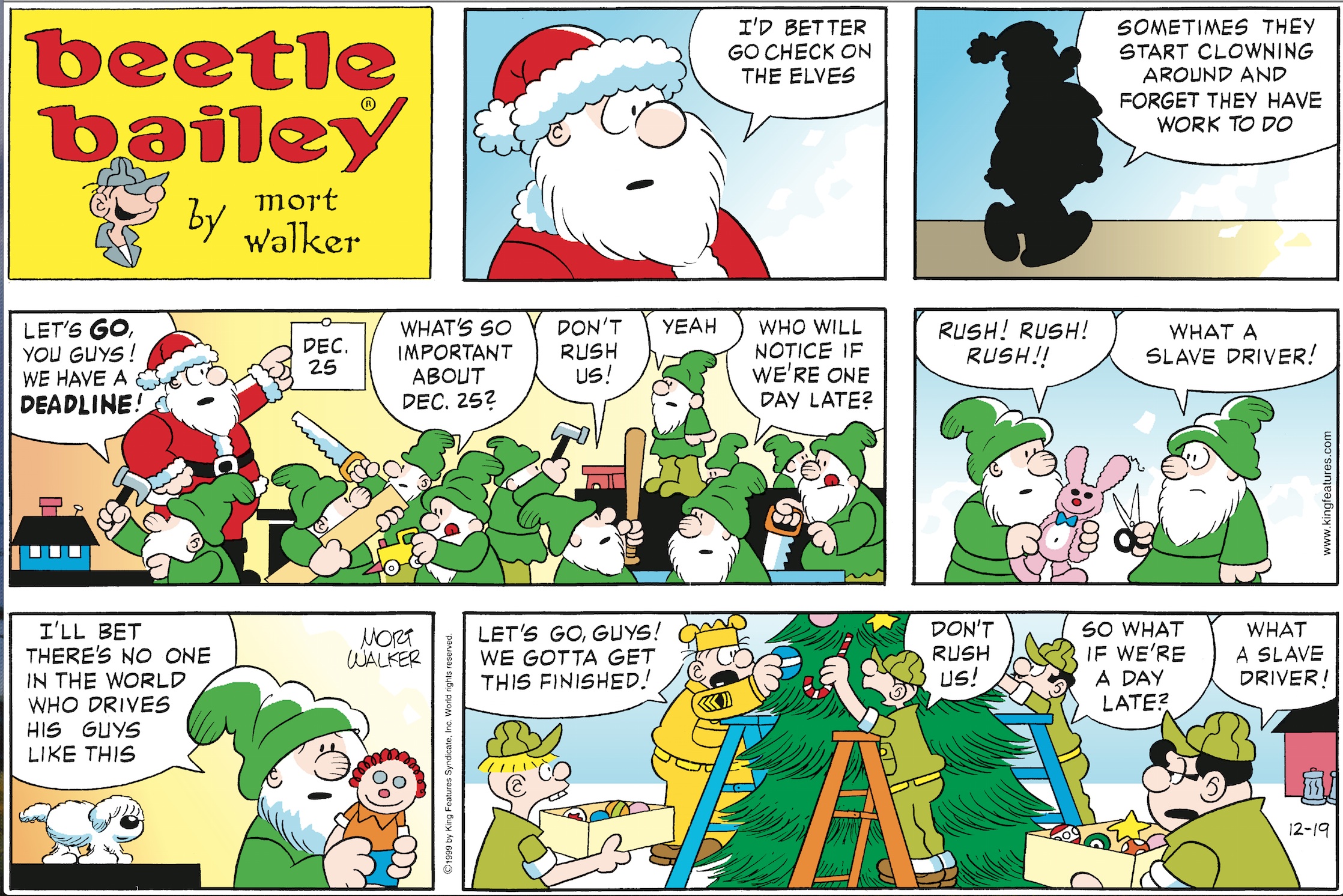 Many comic strips focus on holiday themes throughout the month of December with episodes about shopping, decorating, feasting on food, sending cards and exchanging gifts. At Camp Swampy, life goes on as usual, with the solidiers engaging in the typical activities they do throughout the year. A nod to the holiday usually only appears on Christmas Day.

In 1962 and 1964, Sarge went home with Beetle for Christmas. Each of these furlough stories lasted for three weeks. Mort stopped doing extended sequences after a 1965 Thanksgiving series in which the whole company visited the Bailey family. These stories took more effort to write and Mort claimed he didn’t get much reader response.

In 2009, two unique sequential Sunday pages appeared about Santa and his elves. The episode above was followed by the one below. 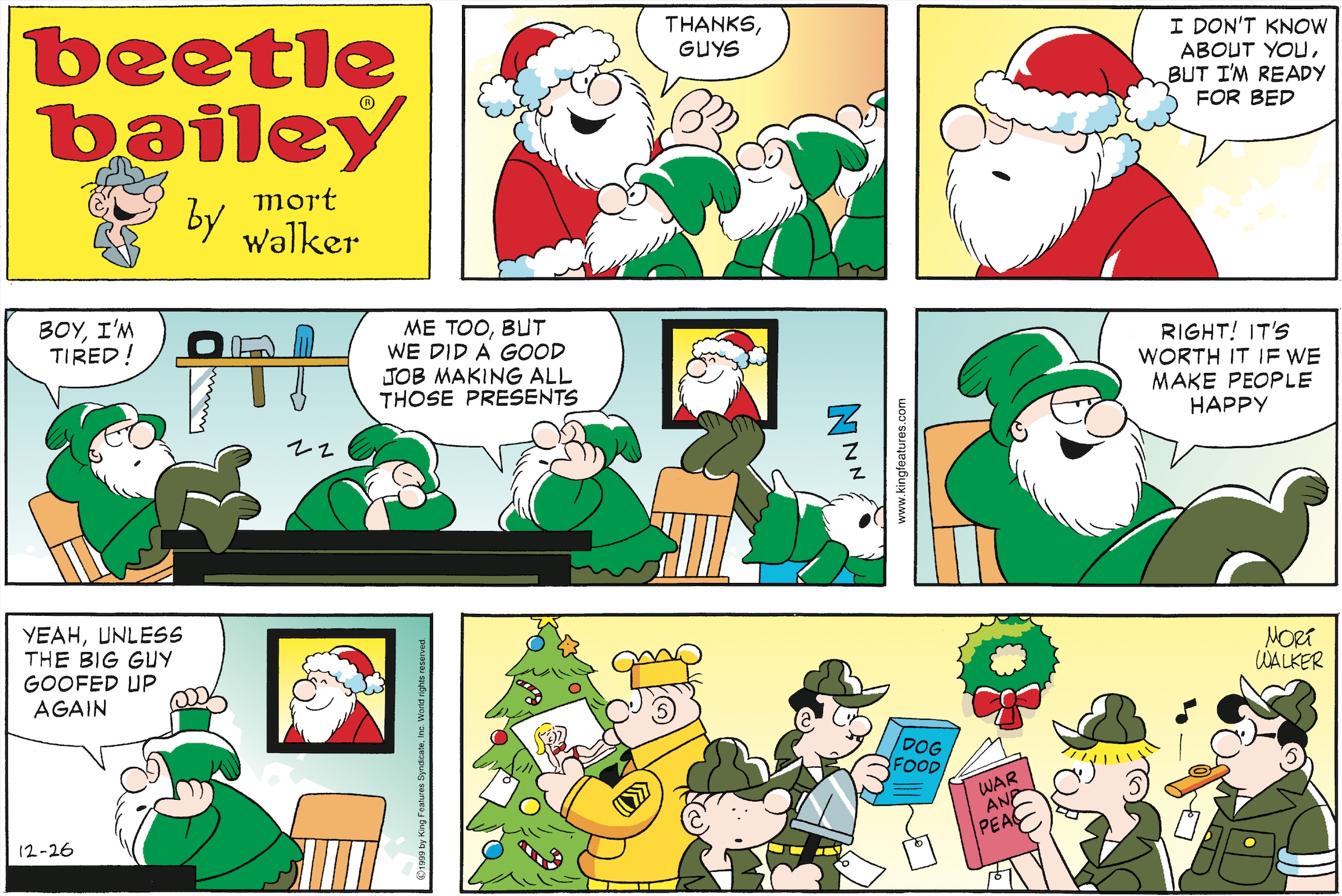 We wish all of our readers a Merry Christmas.