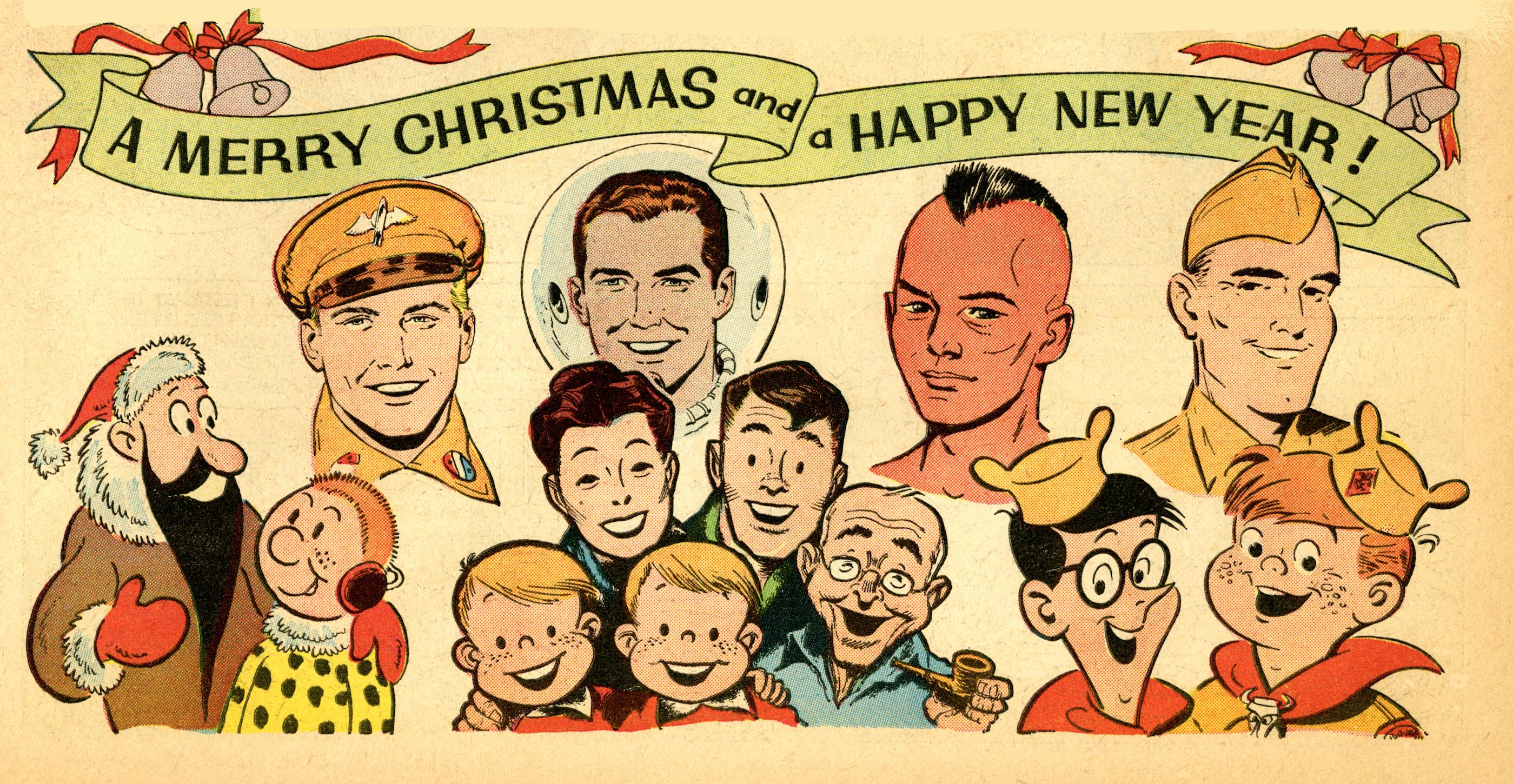 The holiday greeting above appeared in the December 1958 issue of Boys’ Life magazine and features characters from their regular color comics, including (front row, left to right) Rocky Stoneaxe, The Tracy Twins and Pee Wee Harris; (back row, left to right) Space Conquerors, Tono and Scouts in Action.

As we have documented in previous posts, The Tracy Twins was illustrated by Dik Browne from its debut in the October 1953 issue of Boys’ Life until he handed it over to other artists in the early 1970s. It was written and designed by Al Stenzel, an art director at the Johnstone and Cushing agency.

The Tracy Twins was published in a full-page format until January 1962, after which it switched to a semi-permanent half-page. Here is a special Christmas-themed episode from 1964 in which Grandpa tells the twins about Yule celebrations of the past. 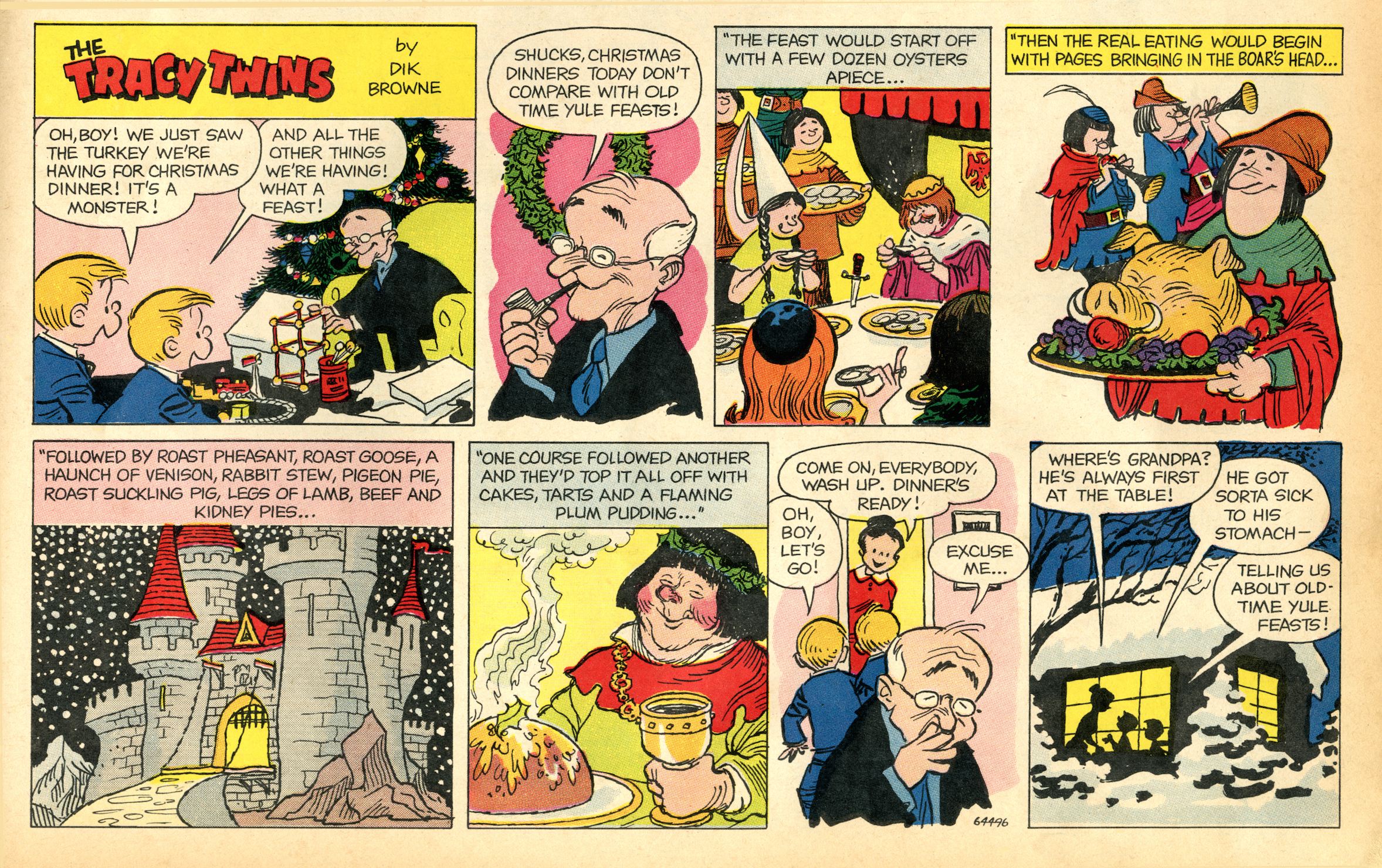 We will continue to showcase examples of The Tracy Twins by Dik Browne in future posts.