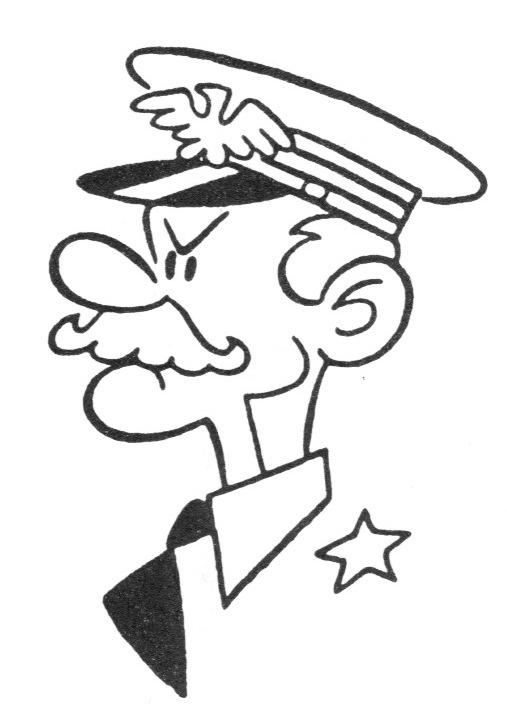 As a leader General Halftrack couldn’t lead a cub scout to a candy store, but he is one of Mort Walker’s favorite characters.

“In the beginning I put a lot of my own feelings and experiences into the Beetle character,” Mort remembered in The Best of Beetle Bailey. “As time wore on I discovered I was relating more to the General and now I’m coming up with a lot more gags about him as a result.”

“I guess he’s just a grown-up goof-up like me,” Mort admitted.  Over the ensuing years, General Halftrack has become one of the most important characters in the strip.

In the next post we will be featuring strips starring other characters from the 1950s.