News Around the Kingdom: December Happenings! 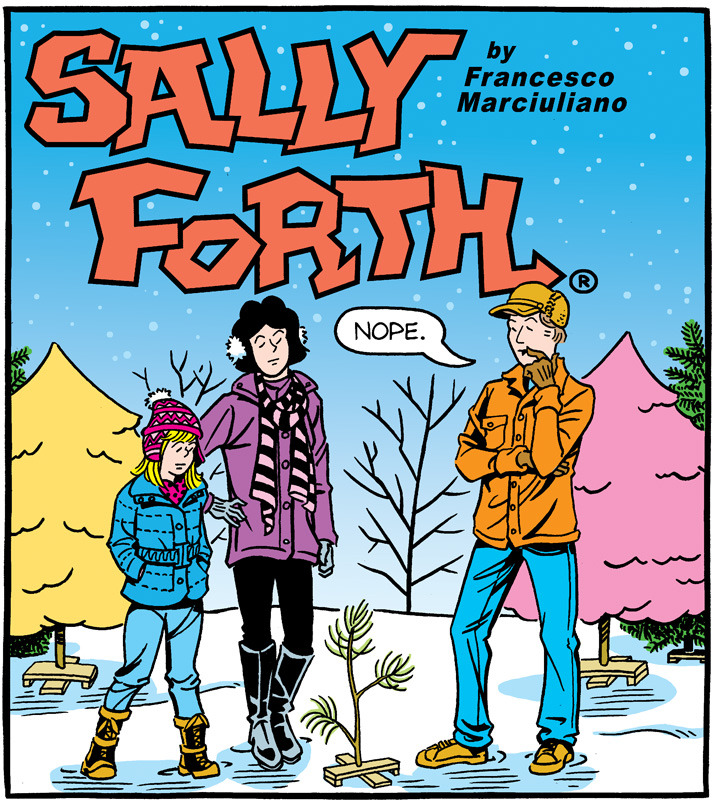 As the holidays approach, we’d like to suggest some gift giving ideas!  Maybe you know someone else who loves comics too.  Many of our cartoonists have entertaining items for sale.  Check out our post on Cyber Monday!

Bill Griffith (“Zippy the Pinhead”) has been getting rave reviews for his autobiographical graphic novel, “Invisible Ink”!  Don’t miss out on this book that critics call “absorbing and moving” with art that “is a tour de force of craft.”  Bill will be doing book talks and signings next year at the Pittsburgh Toonseum on April 2, 2016, The Center for Cartoon Studies on March 3, 2016 in White River Junction, Vermont, and Columbia University in New York City at 523 Butler Hall on March 16, 2016 with Art Spiegelman!

A gallery in LA is offering limited-edition, signed prints of some of Dan Piraro’s (“Bizarro”) favorite cartoons! You can shop them online! 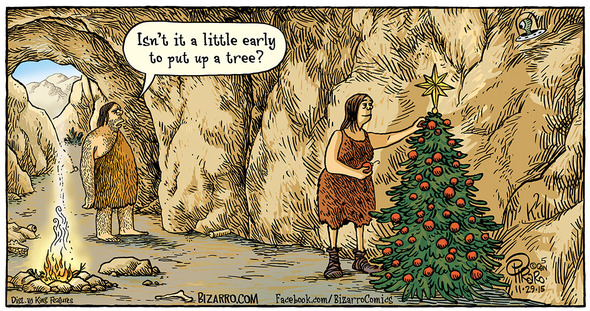 Jim Keefe and Francesco Marciuliano (“Sally Forth”) pay tribute to a “Charlie Brown Christmas” with a “Sally Forth Christmas”! 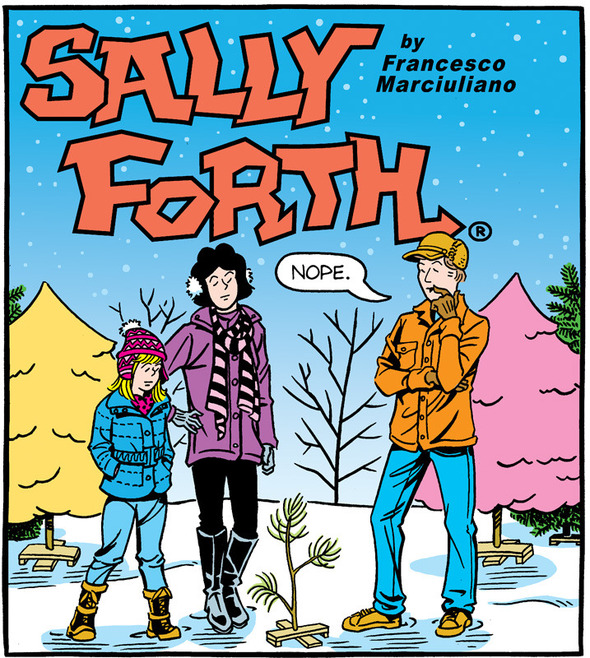 A “Sally Forth Christmas”.

Apply for the “Jay Kennedy Scholarship” by December 15, 2015!  If you are a college student doing cartooning, or you know someone who is, applications must be sent in soon. The annual Jay Kennedy Scholarship, in memory of the late King Features editor, awards $5,000 to the best college cartoonist!  A panel of top cartoonists adjudicates submissions.  The recipient is feted at the annual NCS Reuben Awards Convention! 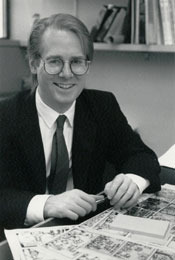 Brian Walker (“Hi & Lois”) remembers some famous faces on Career Day when his kids were in high school!  He also takes a look at innocent, clueless Zero in “Beetle Bailey”!

David Reddick (“Intelligent Life”) has been filling his sketchbooks with an upcoming Sunday, Darth Skip, and Dethany from “On the Fastrack”!

Rina Piccolo (“Tina’s Groove”) did cartoons and comics for a science book to be published by Springer Publishing in Spring 2016! The book covers Astrophysics, Classical Physics, and Quantum Mechanics, and is filled with over 200 cartoons, comics, and drawings!  Stay tooned!

Finally, Karen Moy and Joe Giella (“Mary Worth”) pay tribute to George Harrison with one of the late Beatle’s quotes in their strip.