Dick Wingert (1919-1993) first created Hubert in 1944 for the London edition of Stars And Stripes, the service newspaper for U.S. personnel.  Hubert was different from Buck or Breger. Where they seemed like good, clean-cut lads, Hubert was a grubby, fat little slob of limited intelligence. He was always getting the worst of encounters with animals, civilians and Military Police.

I have an original of Wingert’s from the war years (I haven’t been able to date it exactly), showing two MPs about to pounce on Hubert when he rounds a corner. It might have had a caption. But it’s drawn on thick brown paper l wouldn’t think you’d use for publication.

He used thick crayons and charcoal pencil in his art, and you will see the same technique in many early episodes of his KFS series, which we commemorate today. 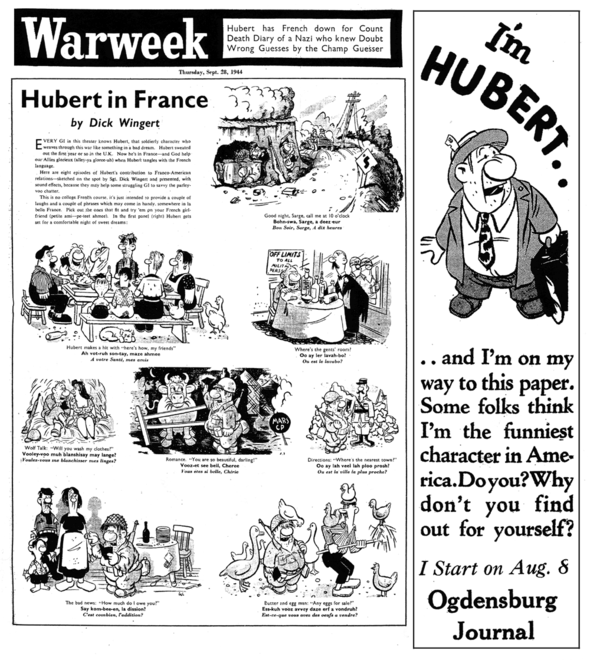 A Stars and Stripes Hubert cartoon, from their midweek supplement, “Warweek” 28 September 1944, and a promo for the KFS strip composed in 1945.

Wingert left the Stars and Stripes and the Army in July 1945, just a few months before the newspaper ceased publication.  The same principal that worked for the aforementioned strips would for Hubert–a huge ready-made fan base of ex-serviceman awaited further adventures of these characters in postwar America.

Hubert landed on the stateside comics page seventy years ago today, 3 December 1945. His life went from soldier in combat to civilian in combat with his wife, Abigail. Over the next few years, his appearance changed and he started to have a less grotesque look. I’ll do a further installment or two sometime. Hubert’s series outlived those of the other World War Two veterans, coasting along into the 1990s. 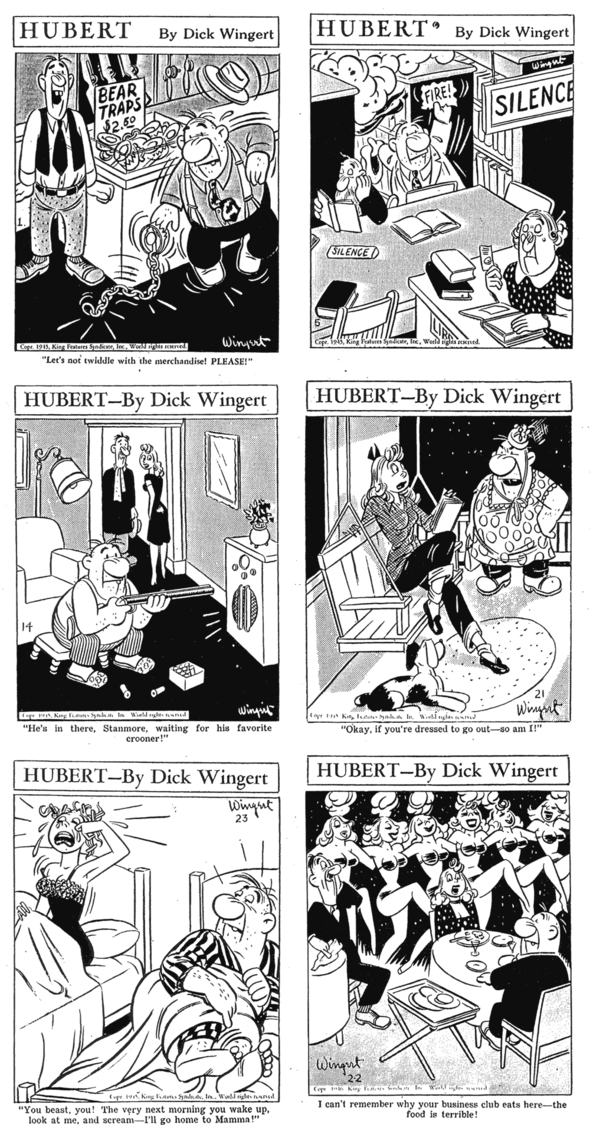 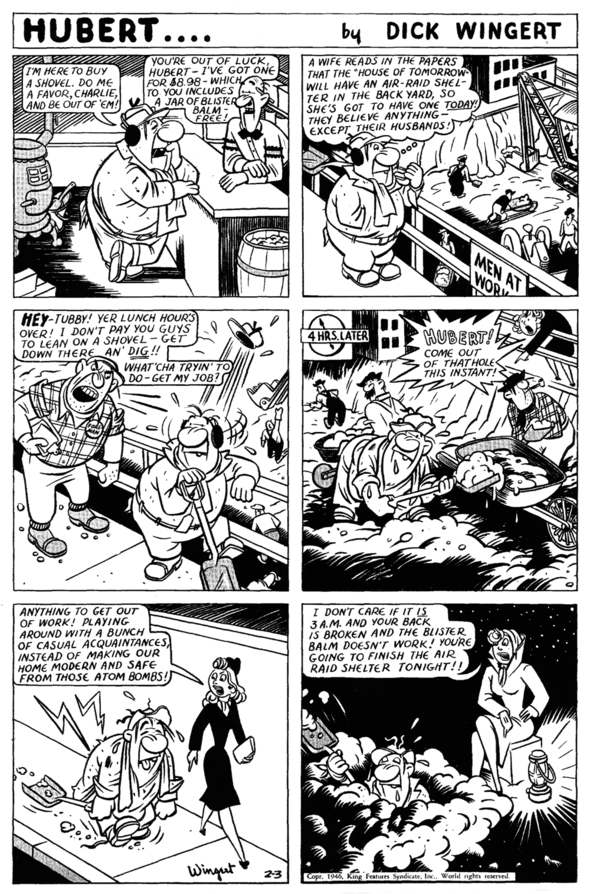 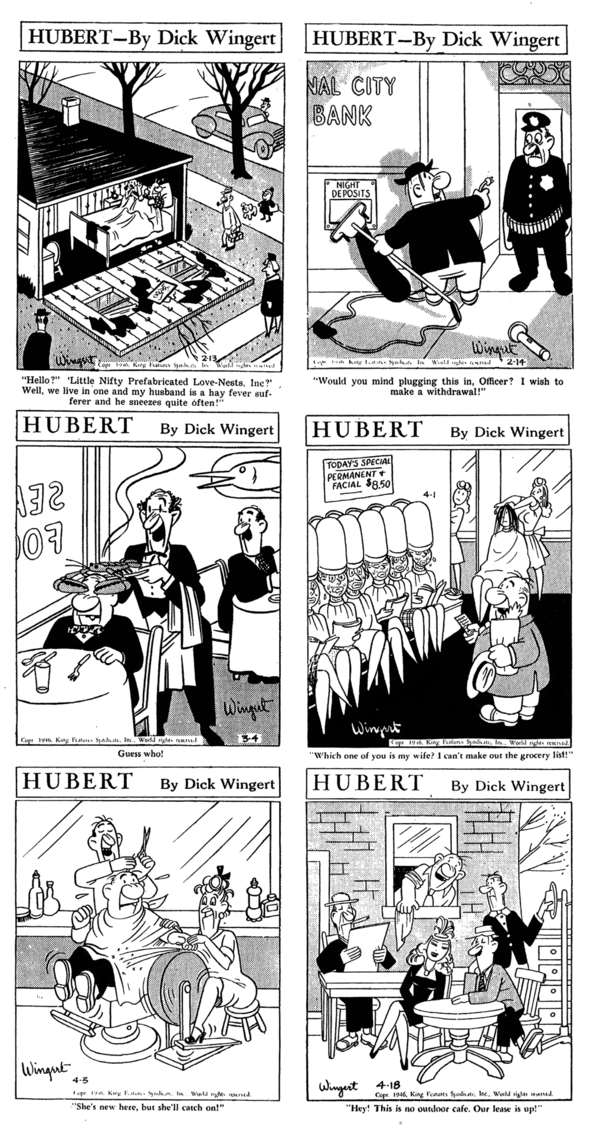 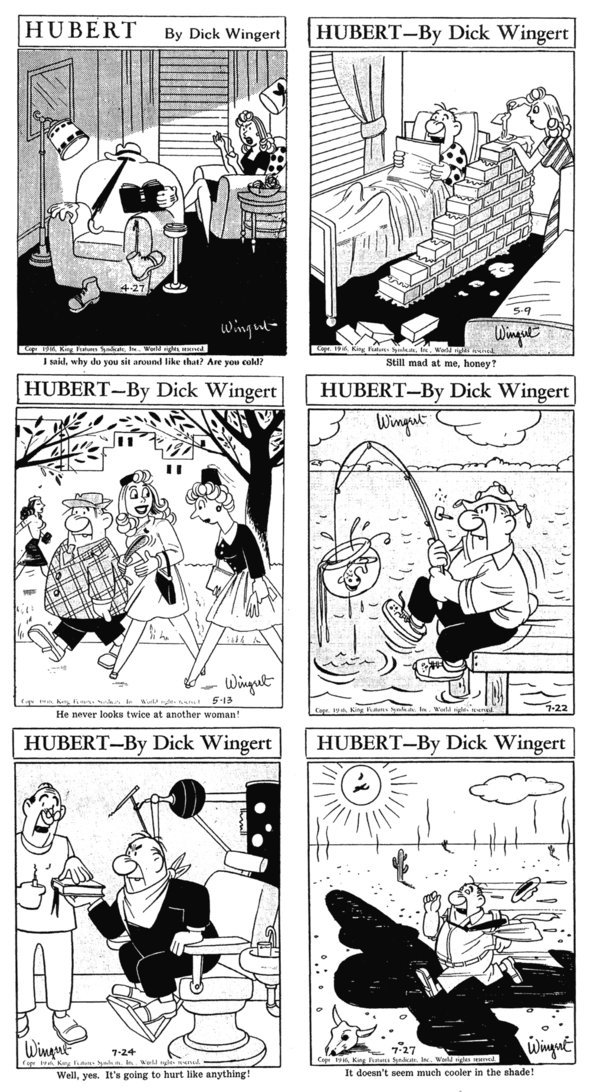 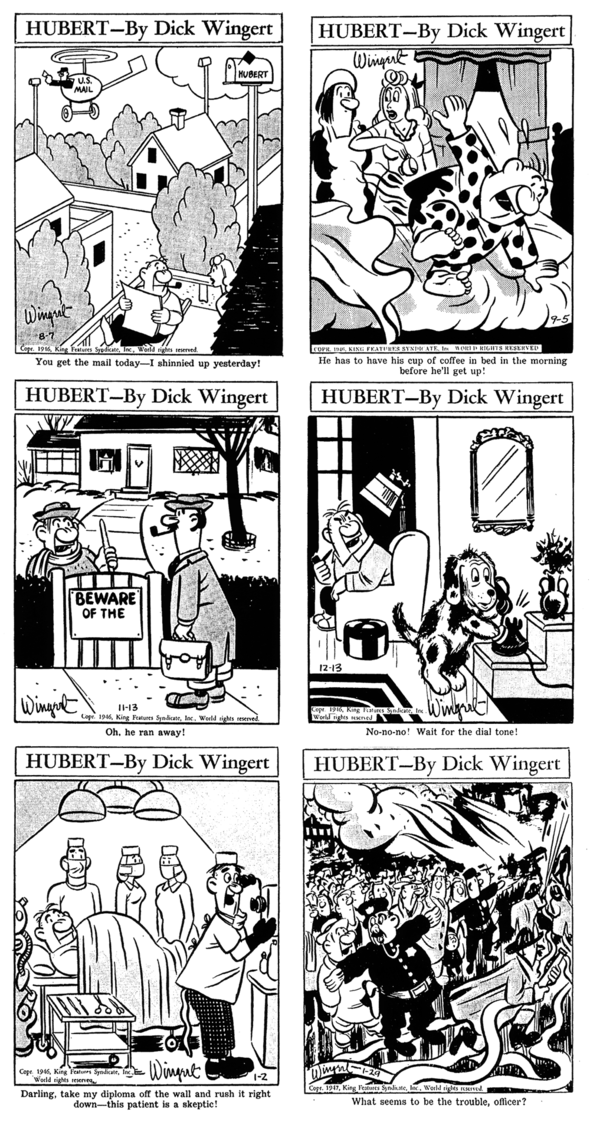 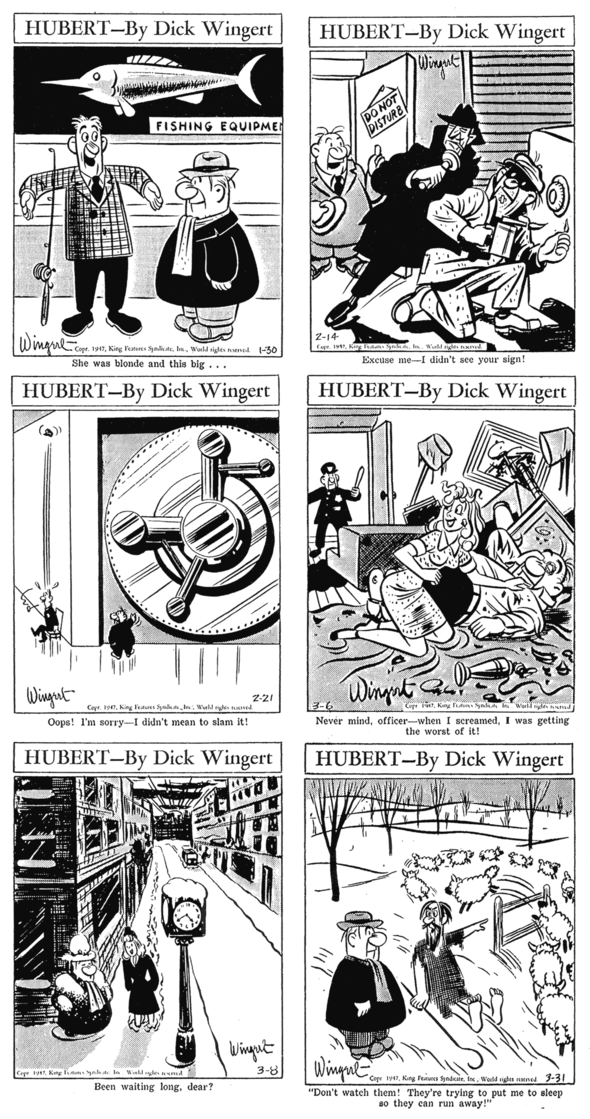 Glad you enjoy old strips- we have a good stock of ancient strips. I’m sure I can find a worthy Christmas section.

Mr. Jack wasn’t really much of a “Rat” with women, he just couldn’t help himself when a beautiful girl came into view. He was supposed to be a lovable rogue, like Bill Clinton. But unlike Bill, he invariably fails to get anywhere, as the object of his intentions, her boyfriend, her  brother or Mrs. Jack  will change his notions with a thump on the noggin.

You may be right that Jack was the first anthropomorphic comic star, although one could argue that Swinnerton’s  first series, the “Little Bears” that appeared in the San Francisco Examiner starting in 1892, could be. It was a very informal series, even the size, number of panels and characters would  fluctuate at will. Just like in the wider world of early comics, everyone seemed to have an indifference to reoccurring characters. Though they were humanlike animals, belonging to a long tradition of fables and storybook beings, the Little Bears were pretty much a look-alike horde without a lead character. Mr. Jack was a single character that could generate a personality and fans.