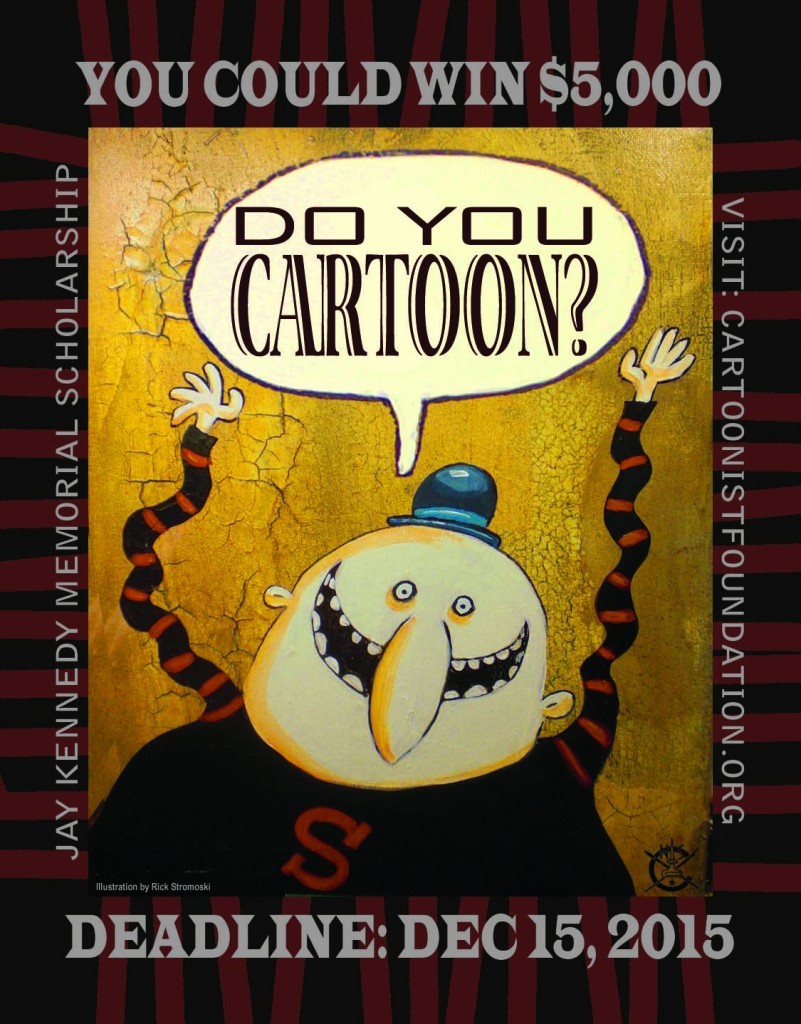 The National Cartoonists Society, of which I am a member, gives away college money to young cartoonists each year. The deadline is approaching quickly so if you’re a student cartoonist or know of one, read below and get cracking!

PRESS RELEASE – JAY KENNEDY MEMORIAL SCHOLARSHIP Do you need $5000 for college? Are you a college student doing cartooning? Then you could apply for the Jay Kennedy Scholarship. But hurry the deadline is December 15, 2015. For more information, please go to http://cartoonistfoundation.reuben.org/jay-kennedy/

The annual Jay Kennedy Scholarship, in memory of the late King Features editor, was funded by an initial $100,000 grant from the Hearst Foundation/King Features Syndicate and additional generous donations from Jerry Scott, Jim Borgman, Patrick McDonnell and many other prominent cartoonists.  A panel of top cartoonists adjudicates submissions and an award is given to the best college cartoonist. The recipient is feted at the annual NCS Reuben Awards Convention attended by many of the world’s leading cartoonists.