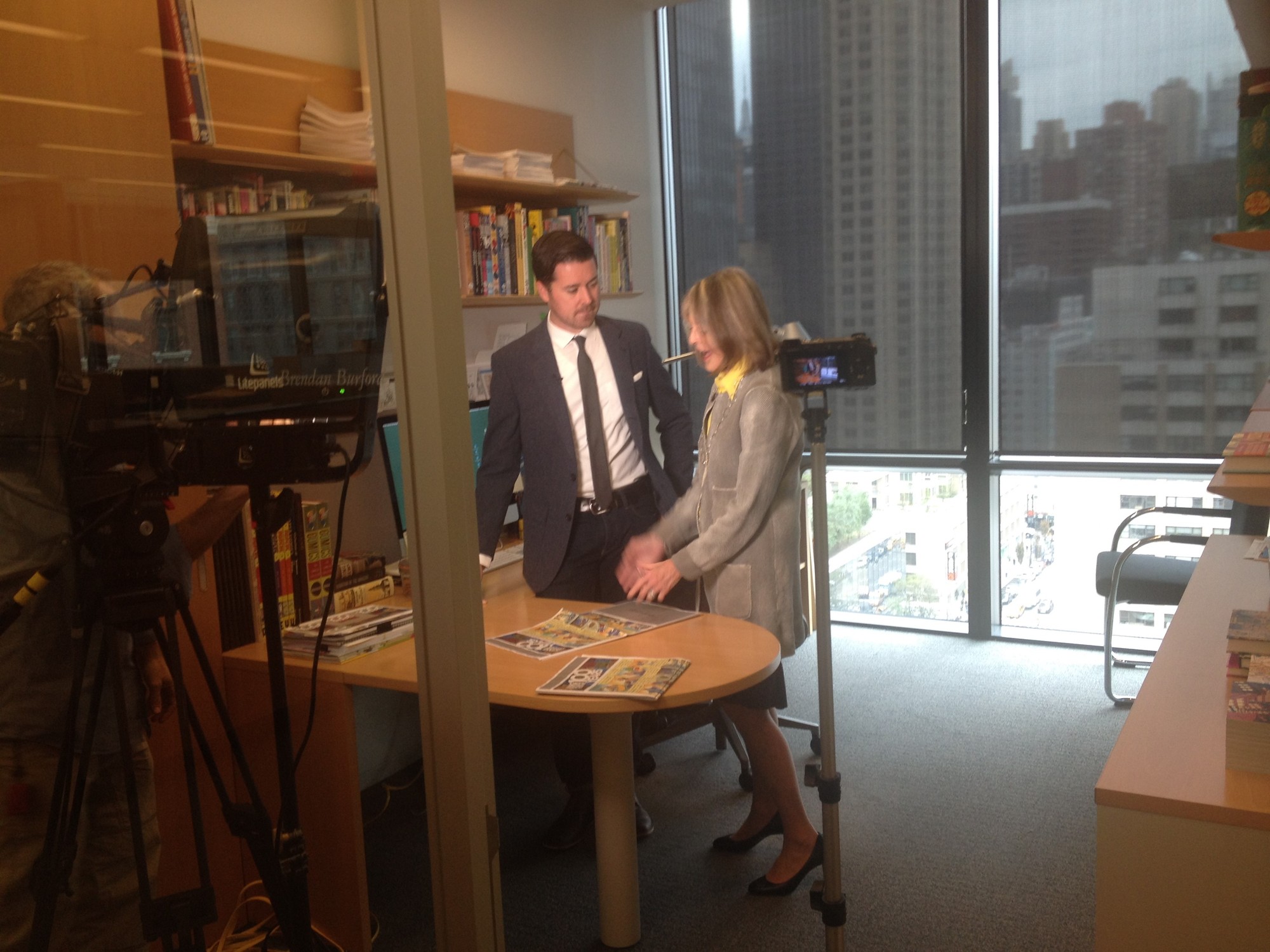 We continue to celebrate the 100th Anniversary of King Features Syndicate this week with interviews, stories, drawings, photos, trivia questions, and the like!

For anyone who missed it, here’s a link to the video and a transcript of the “CBS Sunday Morning” segment that aired on Sunday highlighting King Features 100th Anniversary! 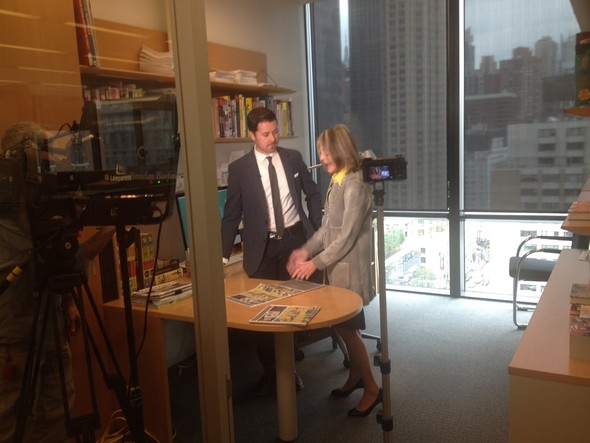 On Monday, The New York Times linked to the content of this week’s Editor’s Dispatch blog in the “Noteworthy” section of its Monday News Briefing Newsletter!  You’ll find a link to the insert supplement there!

In our “Ask A Cartoonist” feature this 100th anniversary week, cartoonists talk about what King Features Syndicate means to them!  It’s a great collection of stories, memories, photos, and pictures!

Brian Walker (“Hi & Lois”) confesses he’s a cookie thief, and explains why someone is called a fan!

Hi and Ditto walk and talk

Dan Piraro (“Bizarro”) covers topics such as Lassie, bullies, and Memphis with his brilliant cartoons this week! 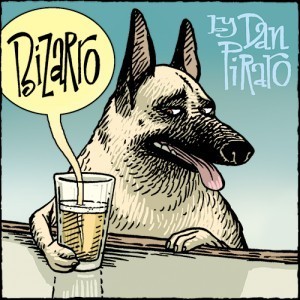 “Intelligent Life” superfans Jozsef Csillag, with his wife Jerelyn, from Hungary, created a Trektacular SKIP statue in his “Star Trek: TNG” uniform! This takes fan art to a whole other level!

Patrick McDonnell (“Mutts“) will read from his picture book “Thank You and Good Night” this Saturday, November 21, 2015 at 11 am in Lincoln Center, New York City.  Tickets are free and children are encouraged to come in their pajamas for a pajama party!