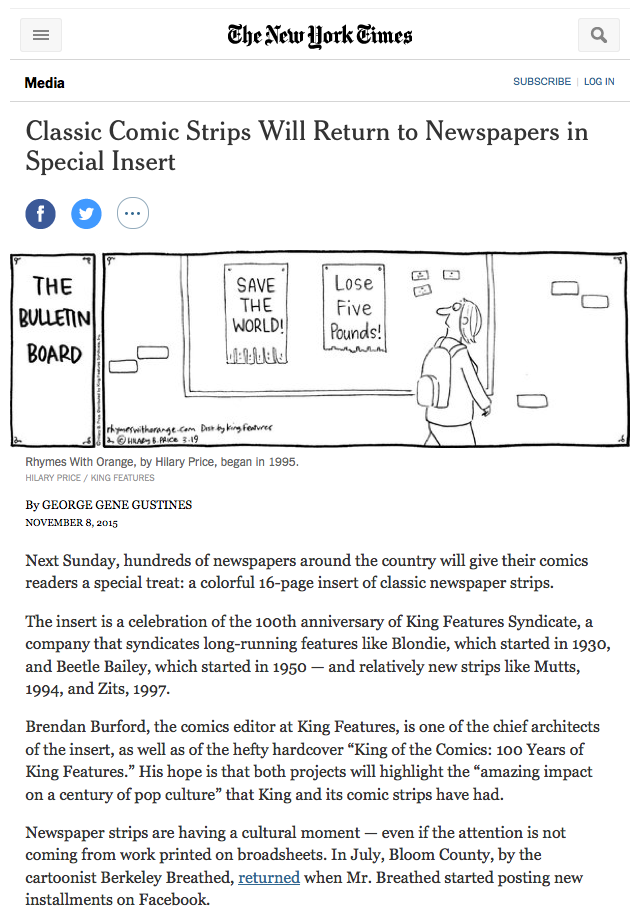 No, but a Rhymes With Orange Strip was featured this past Monday Nov. 9.  Check out the whole article HERE. (Below is just a partial screen shot.)  The article is all about the special big cool newspaper insert coming this Sunday in your local paper to celebrate King Features’ 100th anniversary.

There’s also going to be a segment on CBS Sunday Morning, 9 am EST.

THIS weekend (Nov 14 and 15) is my big Open Studio Event!  Come up the fourth floor and say hello!  My mother, Buzzy (a.k.a the friendliest person in the world), will be there as a special guest/unpaid laborer.

She won’t be in her PJs for the event, but this is the most recent photo I had: 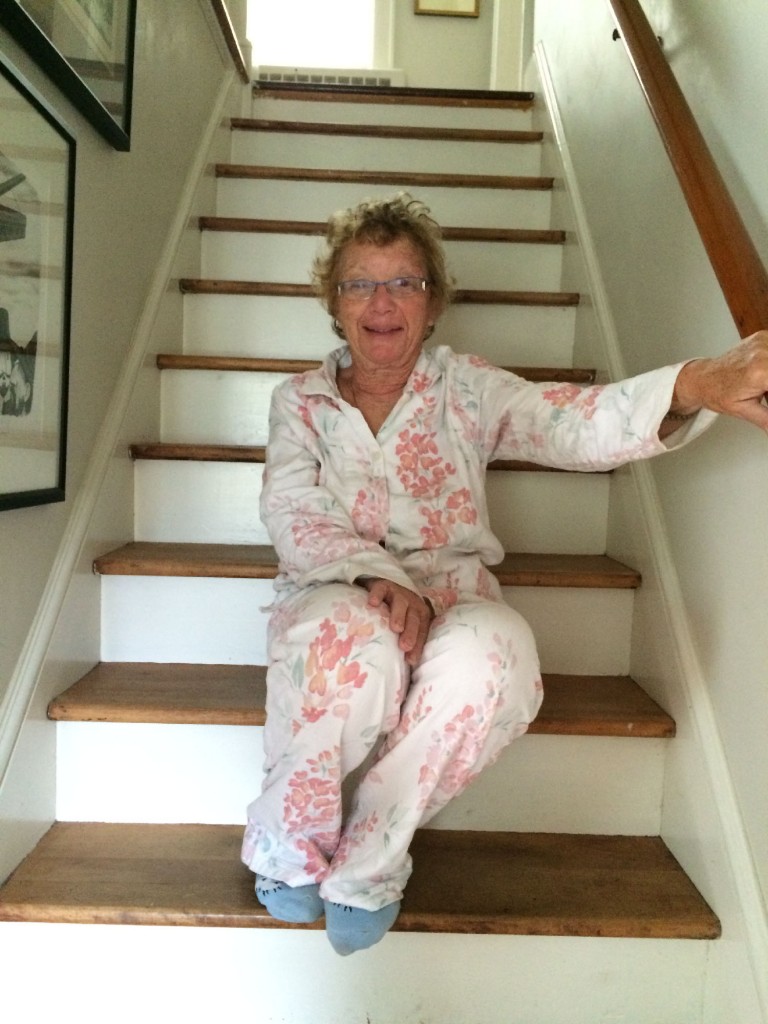 WHAT IF YOU CAN’T COME BUT WANT CATACOMICS? 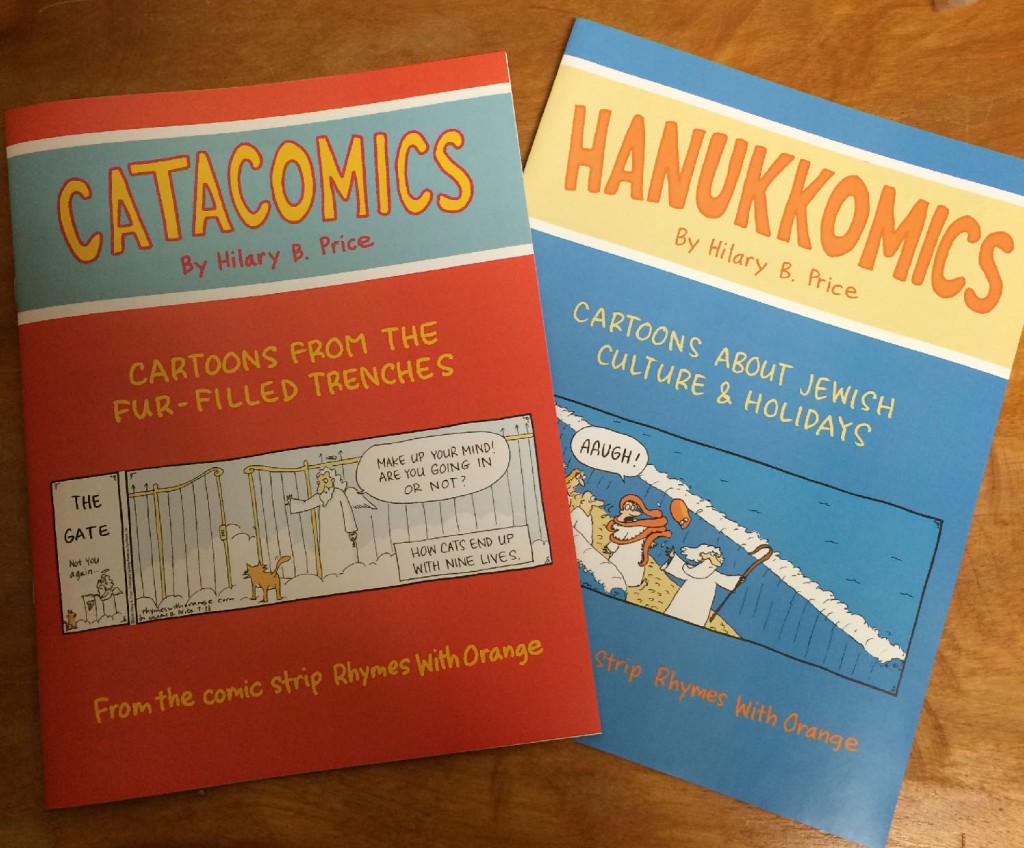 What do you do with two beach balls, poster paint and an awesome new paper mache recipe? 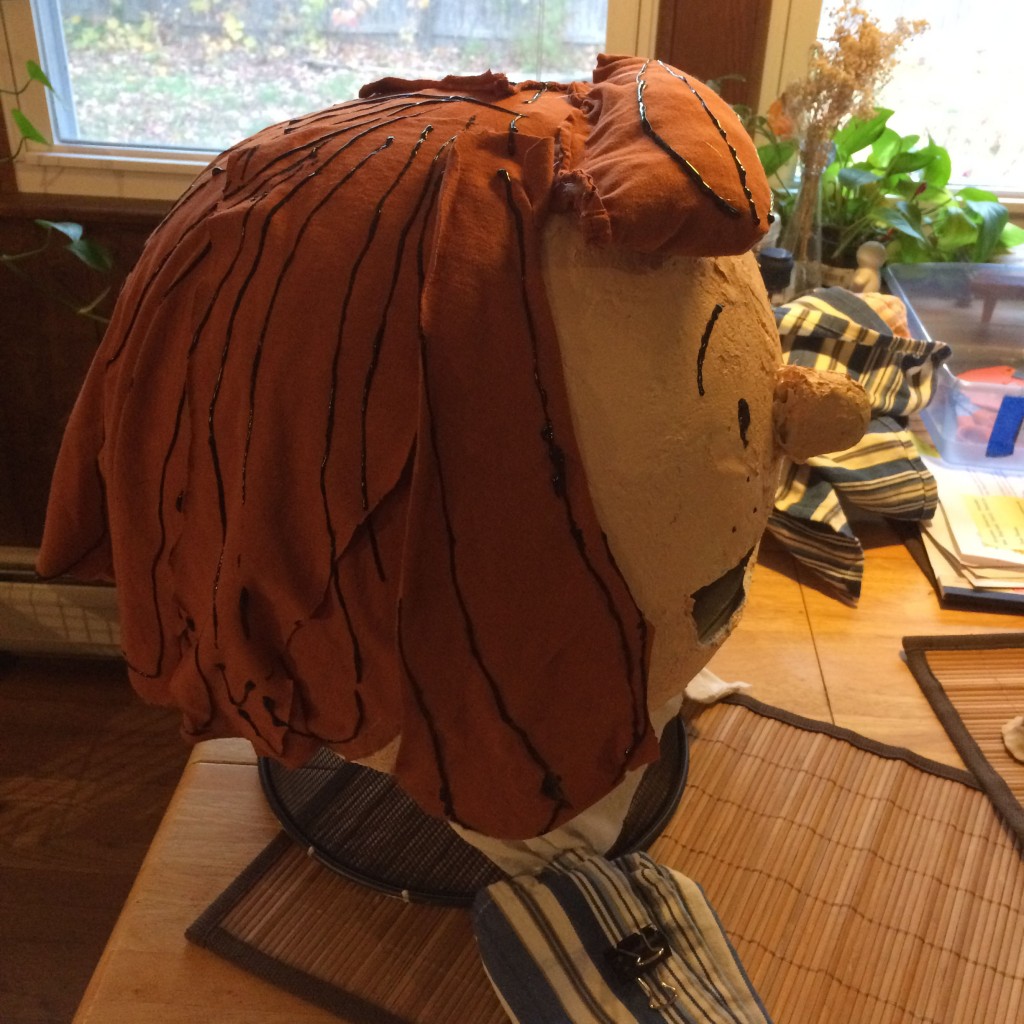 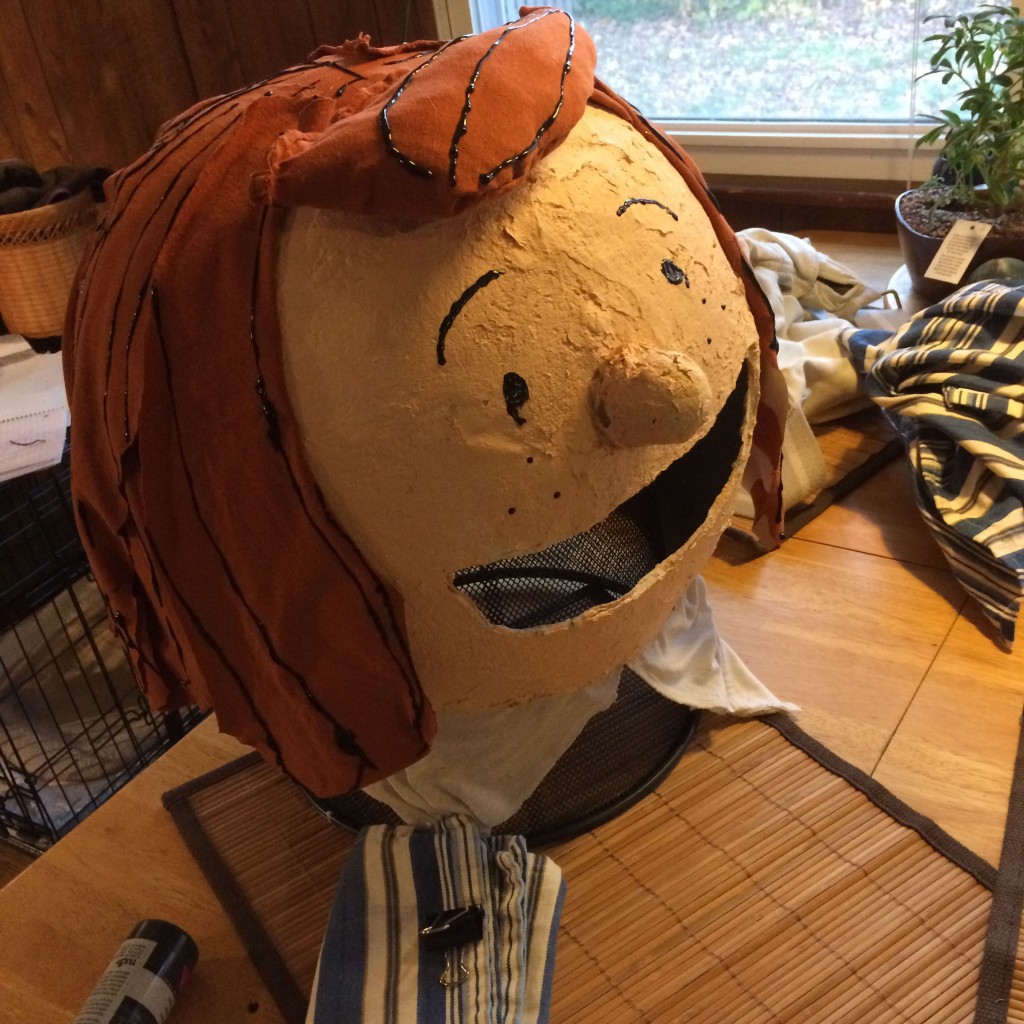 We were going to go as Peppermint Patty and Marcie, but Marcie’s beach ball deflated mid-mache, so we had to do some quick thinking for a Plan B.  Kristin fished out her prison costume and went as Orange Is The New Black character Stella Carlin, a.k.a Ruby Rose. 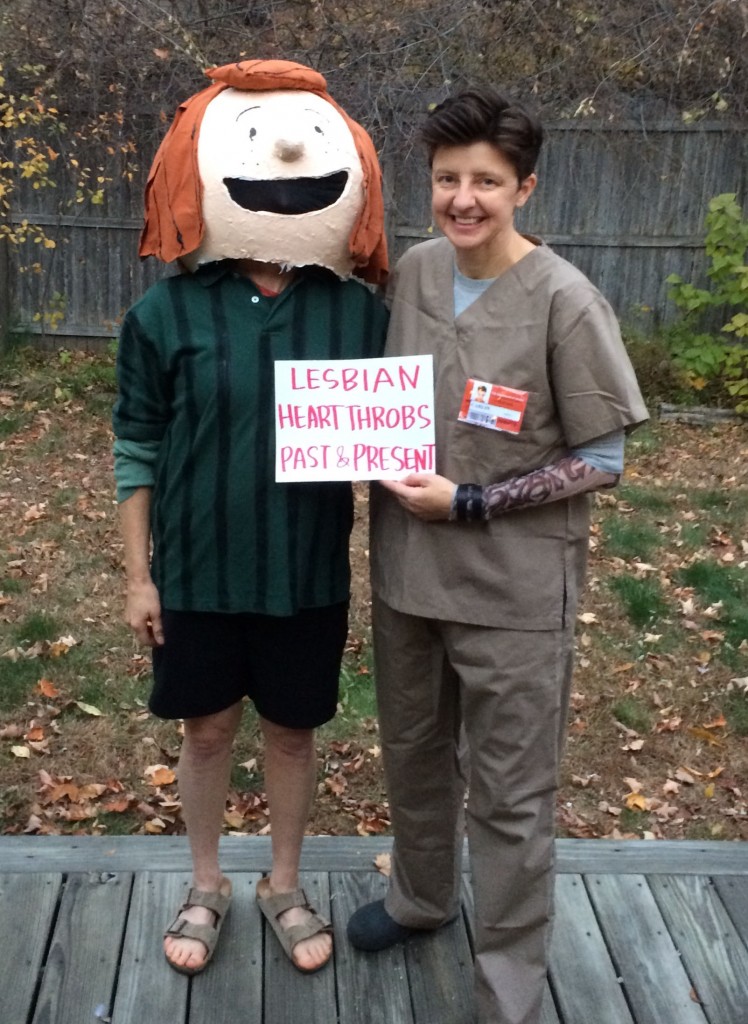 The day after Halloween was hockey practice… 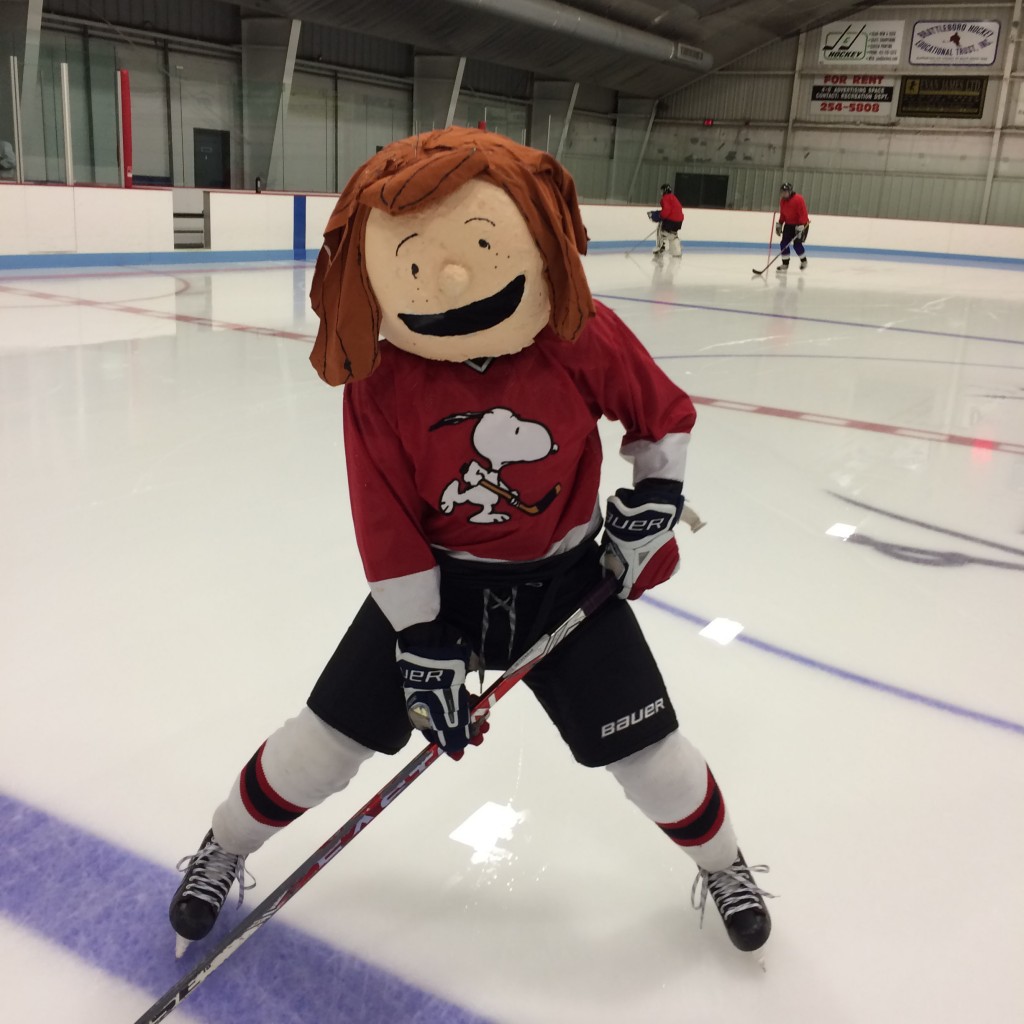 BTW, took myself to the new Peanuts movie and really enjoyed it.  They kept it true to the characters, and the animation had comic-strippy elements.

Through cartooning, I got to meet the London-based artist The Surreal McCoy. 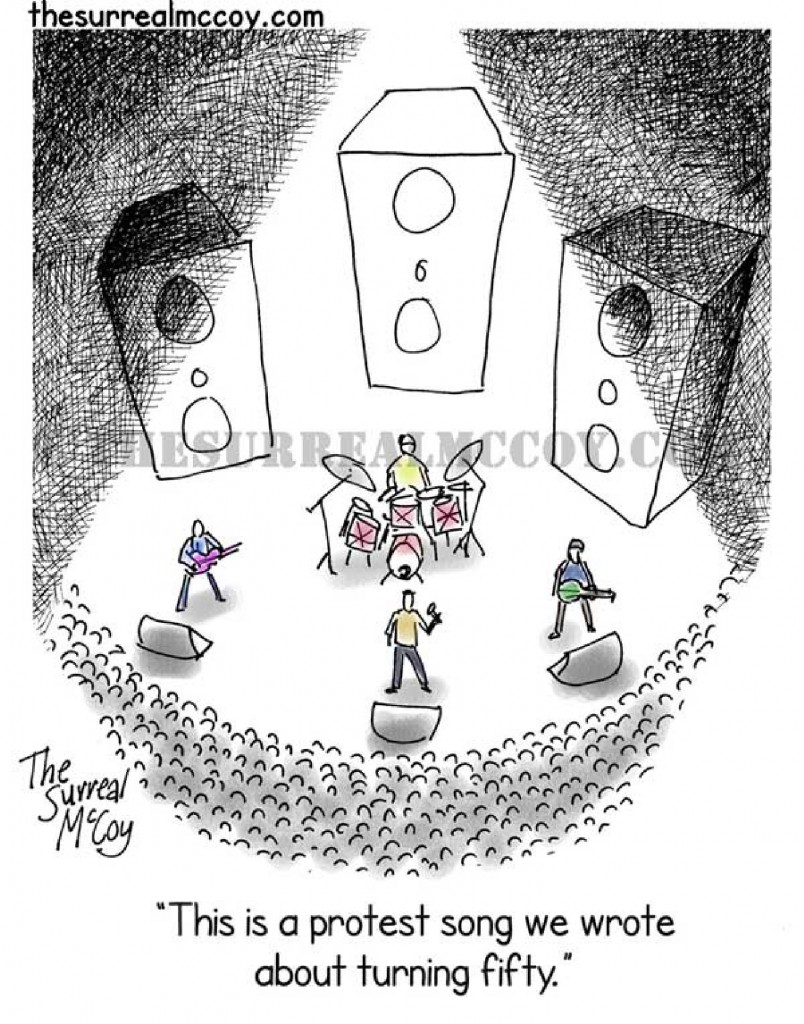 Her fingers not only know how to draw, but they also know how to play the keyboard and accordion so well that she tours with the band The Indigo Girls.

I am a long time fan, and this time we got to go early to hear the sound check.  They are so tiny in real life, but boy can they sing! 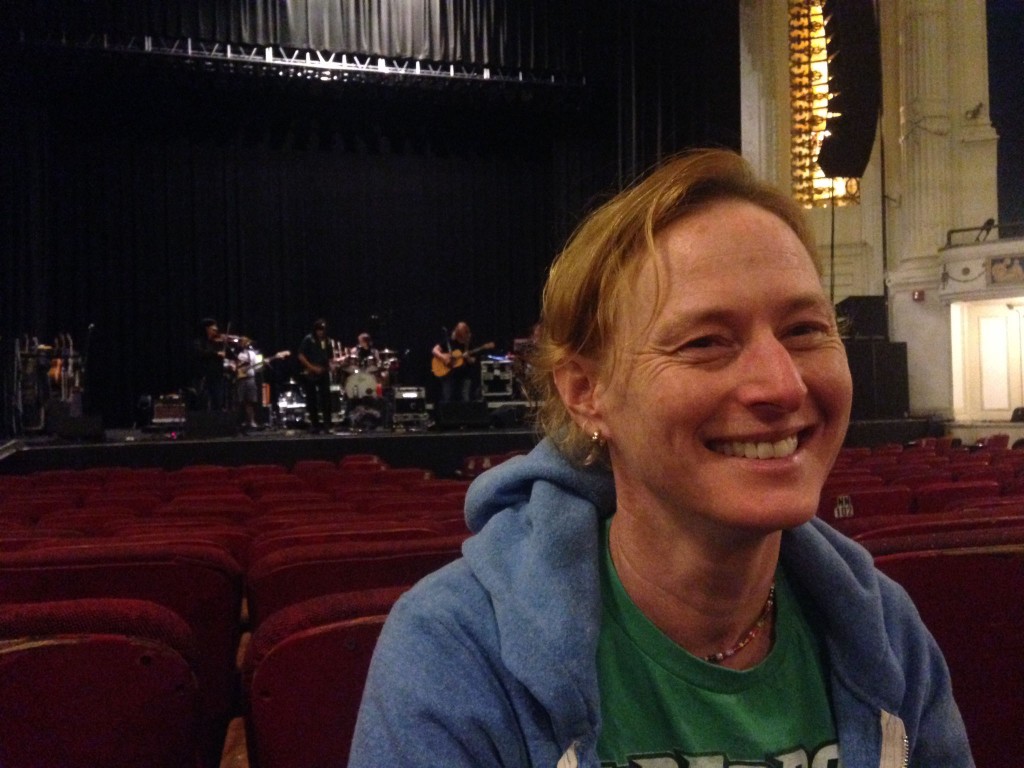 Actually, what was so cool about the sound check was hearing them make mistakes.  I realized what makes them such pros is that they could tell when just one chord was wrong in the middle of a song with the whole band playing, and then stop everything and redo it so it was right.  Those are some good ears.

The day after the concert we checked out the Dutch Masters exhibit at The Museum of Fine Arts in Boston. 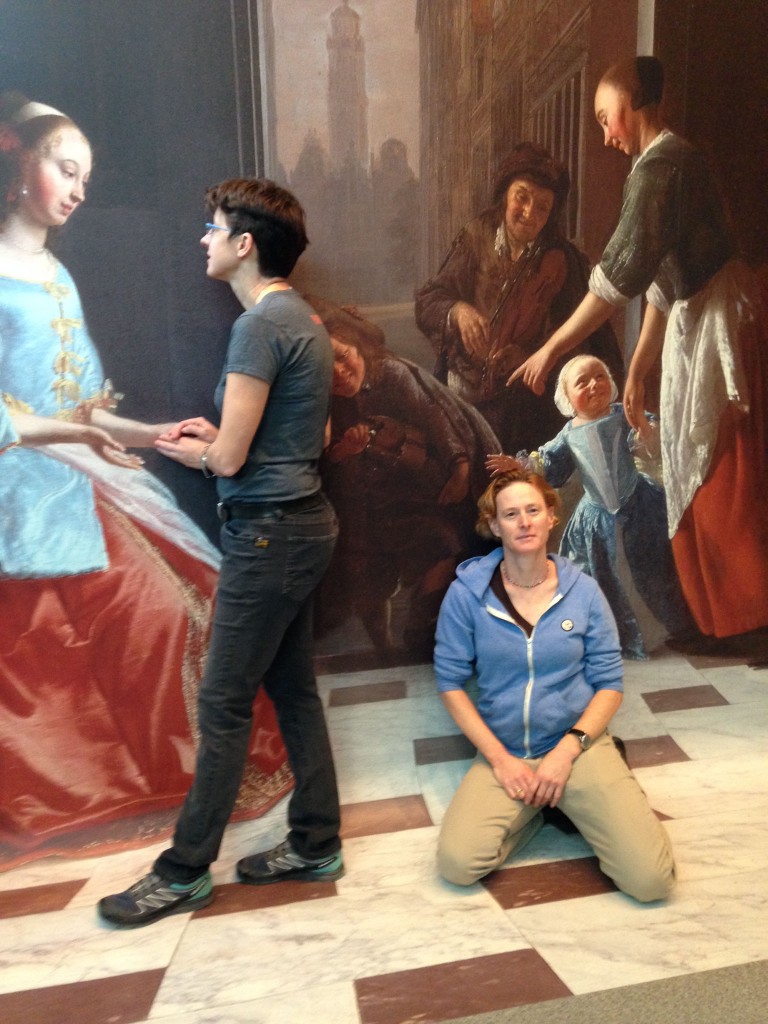 It’s all on the postcard. 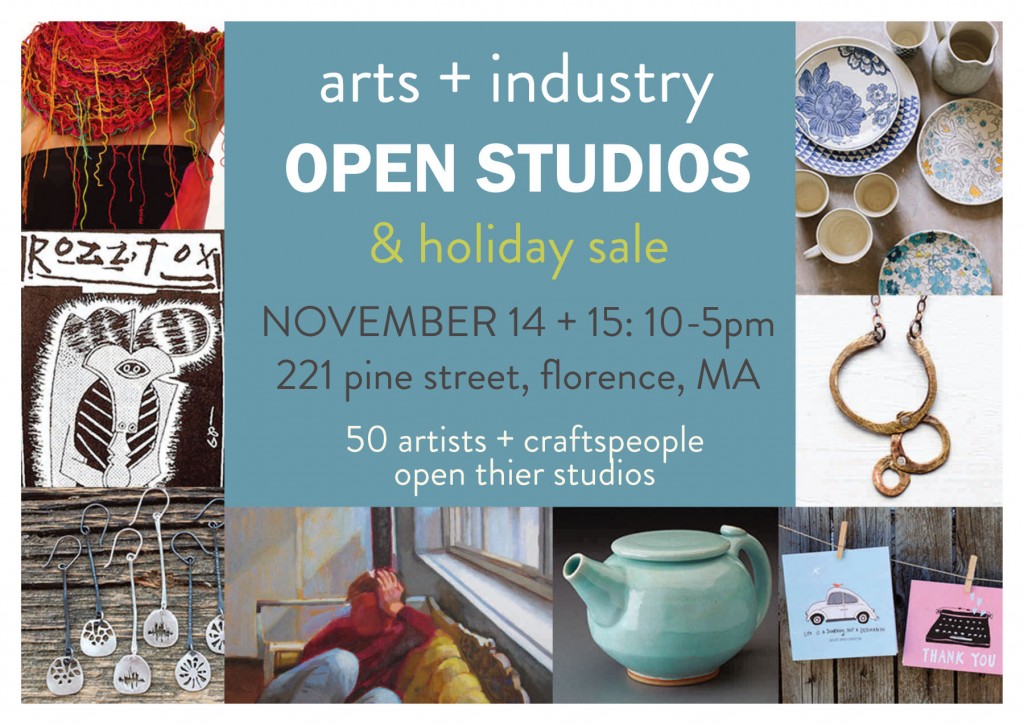 WHAT’S YOUR NEXT CAR?

This fall I went to The Big E, which is an all New England state fair.  I love the agricultural part, and go wild for the 4-H milkshakes.  But then I saw this beauty and realized my next set of wheels could be a goatmobile… 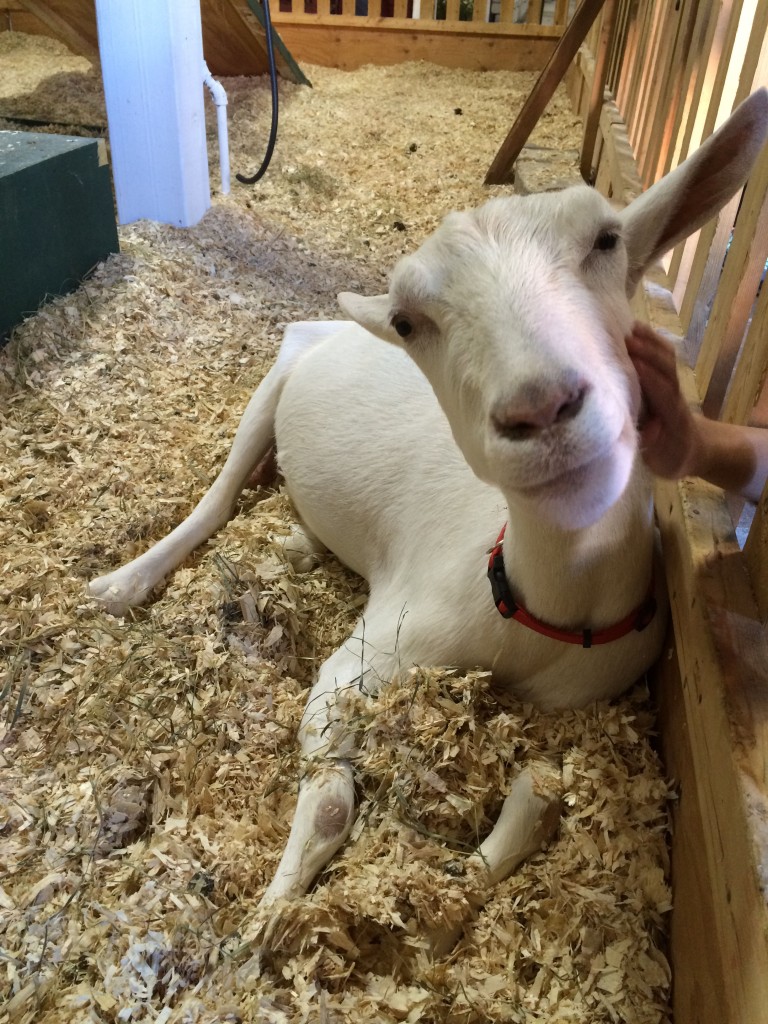 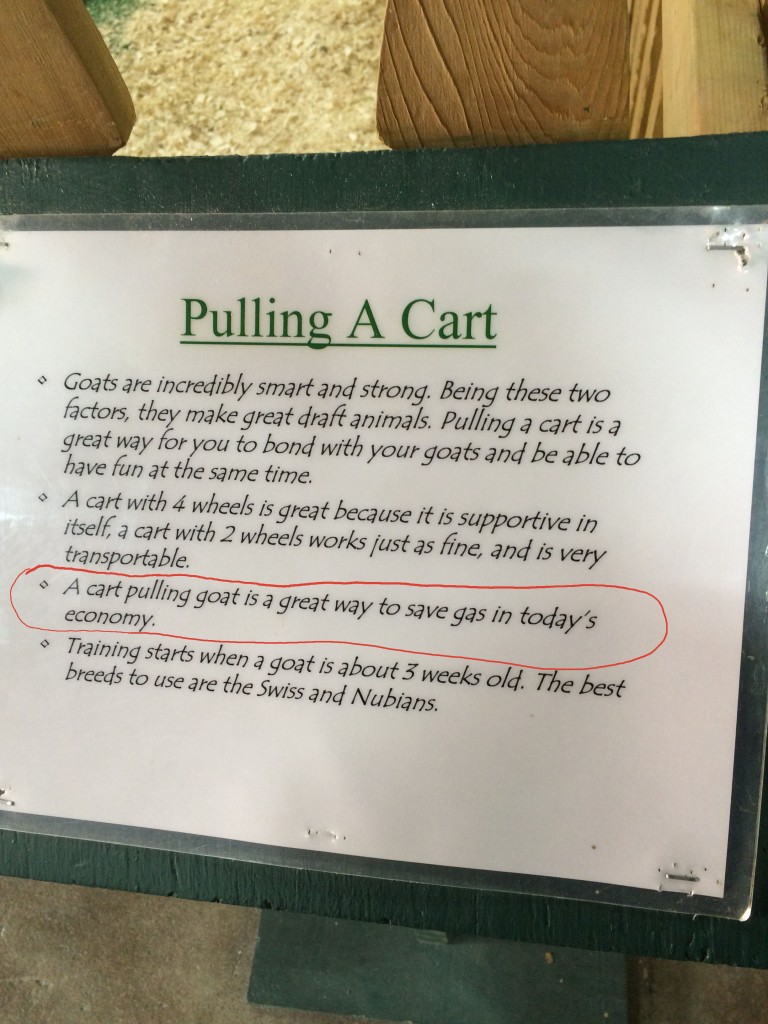 Thanks for tuning in.  See you this weekend!