Ask A Cartoonist– Honoring our Veterans!

Thank you so much to all the men and women who have served in the military! For all your hard work, courage, generosity, and sacrifice, we salute you!

I did a special Hi and Lois for Veteran’s Day that references “brother Beetle.” Check it out!

Here is a Six Chix comic from 2010 for veteran’s day, featuring one of the nice dogs who help veterans recover:

When I was editorial cartoonist at FLORIDA TODAY, I liked to celebrate Veterans Day with a cartoon salute each year. The Space Coast boasts a huge Veteran population. Here’s one of my favorites from 2009. 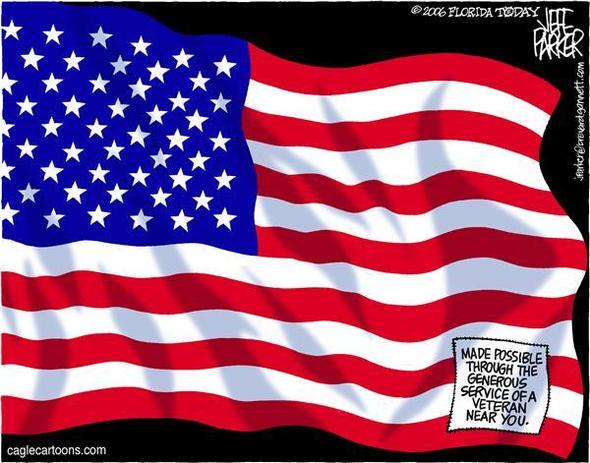 There are really no words to express the debt we owe our Veterans, but I gave it a shot a couple of years ago. 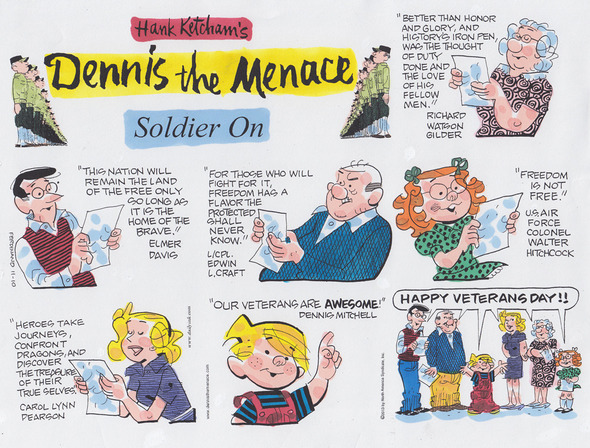 Bodacious thanks to all our Veterans! We are so thankful for your service!

I regret to say that I never served. I was in graduate school during most of the Vietnam War studying physics. My Father, also Bud Grace, was on the USS Arkansas during WWI. They had a bear as a mascot and he was the guy who wrestled the bear. My Great Grandfather, Goerge Luttrel, served in the Civil War, first under Stonewall Jackson and then under Robert E. Lee. He served for the duration except for 6 months in a hospital. He fought in 13 major battles. His Brother, Samuel, was shot dead at his side as they marched to Gettysburg. 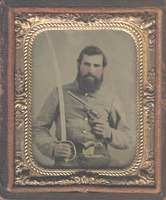 Another ancestor, John Grace, fought in the American Revolution. He served as General Washington’s personal scout. There is a monument to him near Cape May Courthouse, New Jersey. If you visit my blog, there’s more.

I salute all Americans who have served or who are serving now, And thank you from the bottom of my heart.

I was in the Army for 4 years during World War II. I was first sent to the Air Force and trained in boxing, then I was sent to the Signal Corps to study radio repair, then sent to Washington University to get a degree in Architecture. then to Officers School to become an Infantry Lt., then to an Ordnance Depot in Italy in charge of the security of the camp also in charge of the German Prisoner of War camp with 10,000 inmates, and I was made an Intelligence Office investigating crimes and testifying in court. I also was free to roam Italy taking photos (I had my own dark room) making drawings and having fun till I heard over the radio that the war was over. I packed all my German prisoners in a freight train, took them to Geneva, Switzerland and turned them over to the Red Cross, went immediately to a port in Italy, and got on a boat to the US and got my discharge.

What a war I fought. It was more like a vacation. I got degrees and learned a lot and came out a lot better than all the other vets. Oh, lucky Mort.

Now that “Kevin & Kell” is part of the King Features family, here’s a special drawing that was requested by one of my readers serving overseas. I was delighted to comply. 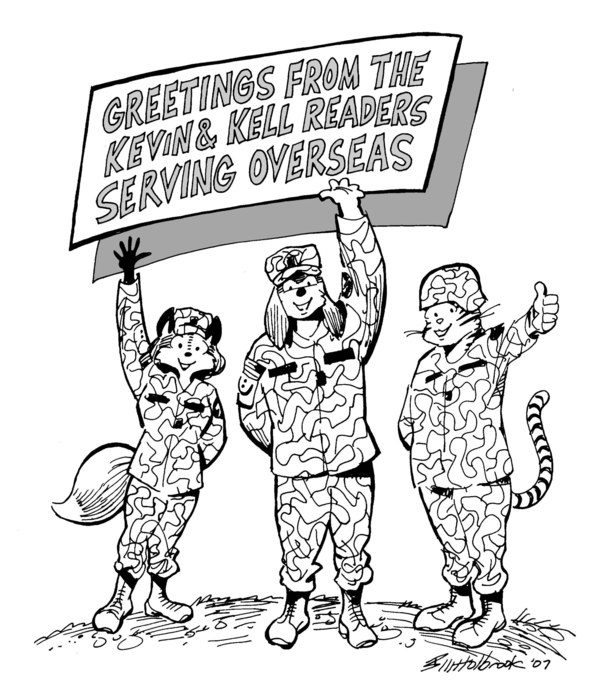 “My father is a Korean War Veteran, classified as disabled. This designation is not due to any injury incurred on the battle field, but for his participation in the nuclear tests in the Nevada desert. He was one of the first men to volunteer for this program, and is one of the last survivors. Bravery in the face of the unknown is what makes a great soldier. Thank you, Veterans!”

My dad served in Burma during WWII with the Army Corps of Engineers building the Ledo Road, so that the Western Allies could supply the Chinese as an alternative to the Burma Road which had been cut by the Japanese in 1942. I’ve always wished I had asked him more about his experiences there before he died in 1984. I have only half-captured memories of his stories about Jimmy Dodd (head of the Mouseketeers) coming to entertain his company, and a python wrapped around the foot of his bunk.

But he did these drawings of his army camp while he lived there in the jungle. He’d have had a career in art, I think, if times had been kinder. His generation was asked to do hard, hard things when they were still young. I keep these drawings in my studio to remind me of the good fortune my dad handed me. 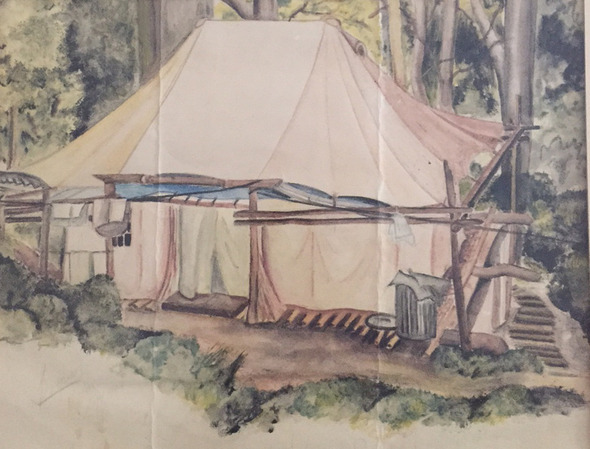 Veteran’s Day really means something to me personally as I served 4 years in the U.S. Navy myself, stationed in Okinawa, Japan. 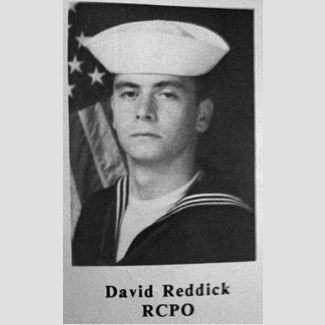 I couldn’t resist the fact that Barry, one of the main characters from “Intelligent Life,” was also in the Navy himself.

I salute all the veterans and their families (who are just as important and vital), with honor, for their hard work and sacrifices they each make every single day by having signed up for something bigger than they are, and that can come at a great price.

Thanks to all the veterans and your families out there today!!! We appreciate and support you!