October is Breast Cancer Awareness Month.  In our Editor’s Dispatch this week, we ask Sandra Bell Lundy (“Between Friends”) about her participation a few years ago in the breast cancer awareness campaign for the Canadian Cancer Society.

We also look back at our Pink Campaign, a special series of pink comics we ran in newspapers five years ago to help promote breast cancer awareness.

John Rose (“Barney Google & Snuffy Smith”) will be presenting a bodacious Chalk Talk at the New River Community College Comic Con in Dublin, Virginia (just outside Roanoke) on Saturday, October 31, 2015!  If you can make it to that event, he’d love to see you!  Admission is free!  He’ll be in attendance from 10 am to 3:30 pm.  For more details, visit the NRCC Comic Con!  John will also be a guest on WSLS-TV Channel 10 on Monday, October 26th!  He will be on the “Daytime Blueridge” television show and will be sketching “Snuffy Smith” and talking about his upcoming appearance at the NRCC Comic Con!  The television show airs at 12:30 p.m!

Hilary Price (“Rhymes With Orange”) would like to remind fans that she is taking part in an Open Studio and Holiday Sale on November 14 + 15, 10 am to 5 pm at 221 Pine Street in Florence, Massachusetts.  It’s always good to shop early for the holidays!

Bill Griffith (“Zippy”) has been getting several nice reviews for his new book, “Invisible Ink” in “The New Yorker”, “NPR Books”, and “Virtual Memories” podcast! 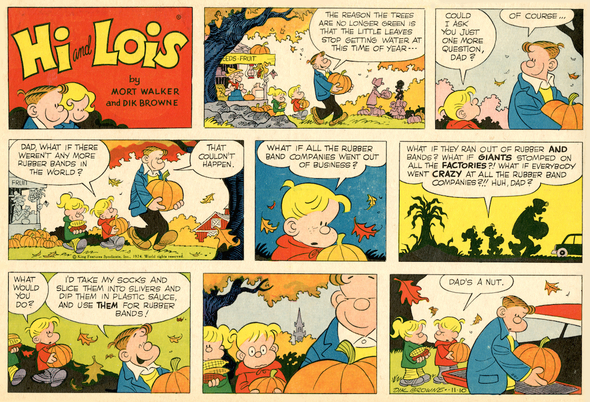 David Reddick (“Intelligent Life”) shows us a page from his sketchbook, and Halloween fan art  from “Legend” cartoonist Wes Molebash and “Garfield” animator Glenn Zimmerman!  And did you see the “Intelligent Life” shout-out to “Snuffy Smith” on Sunday?  Pretty cool!  David is interviewed about his fascinating cartooning life on The Bronze Review geek site! 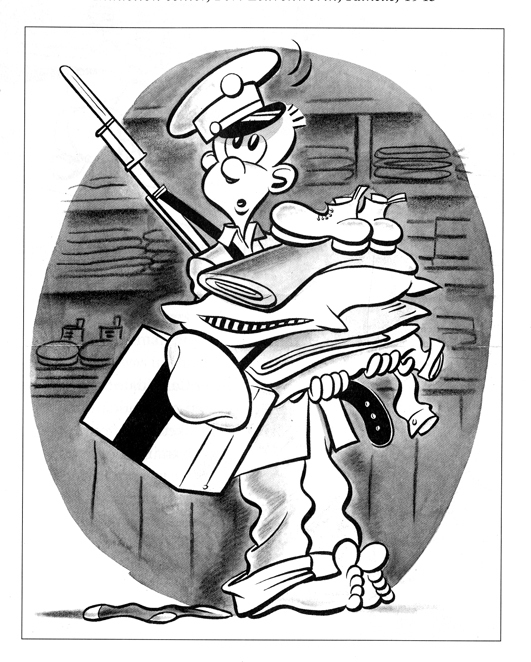 An early drawing by Mort Walker.

Finally, did you know October is also National Pizza Month?  And Wednesday was National Babbling Day?  We thought you should know!