I had two choices for the blog today: write three thousand words about nothing, or ask our cartoonists to talk about the things THEY babble about in their comics– or the characters who just won’t shut their traps!

I try and avoid babbling in Arctic Circle. I remember someone telling me that comic strips shouldn’t have more than 70 words in them and ideally massively fewer than that. Occasionally, one of my characters will have a bit of a rant though. Usually Howard.

My favorite bumper sticker is “Don’t believe everything you think.” So in terms of “Babbling Day,” I spend a lot of time trying to quiet my internal anxiety-fueled broadcasts. 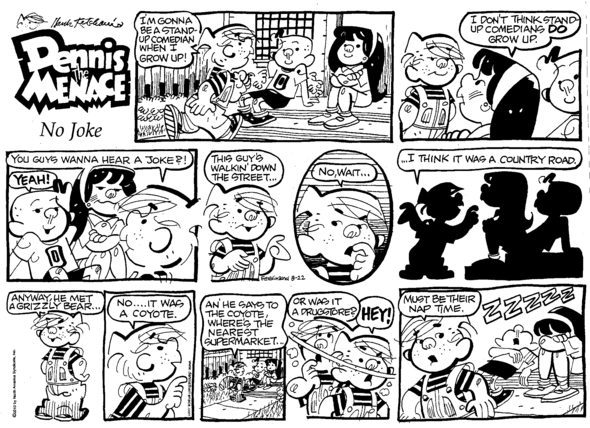 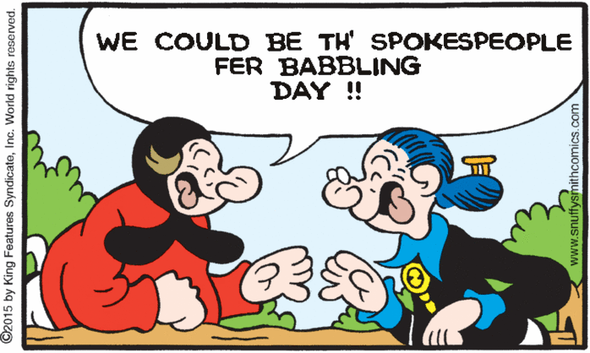 I tend to babble about social issues that are close to my heart. Usually they are women’s issues, like equal pay, paid maternity leave, flex time, things like that.

Here’s a strip that I got babbly and preachy with. And I love it.