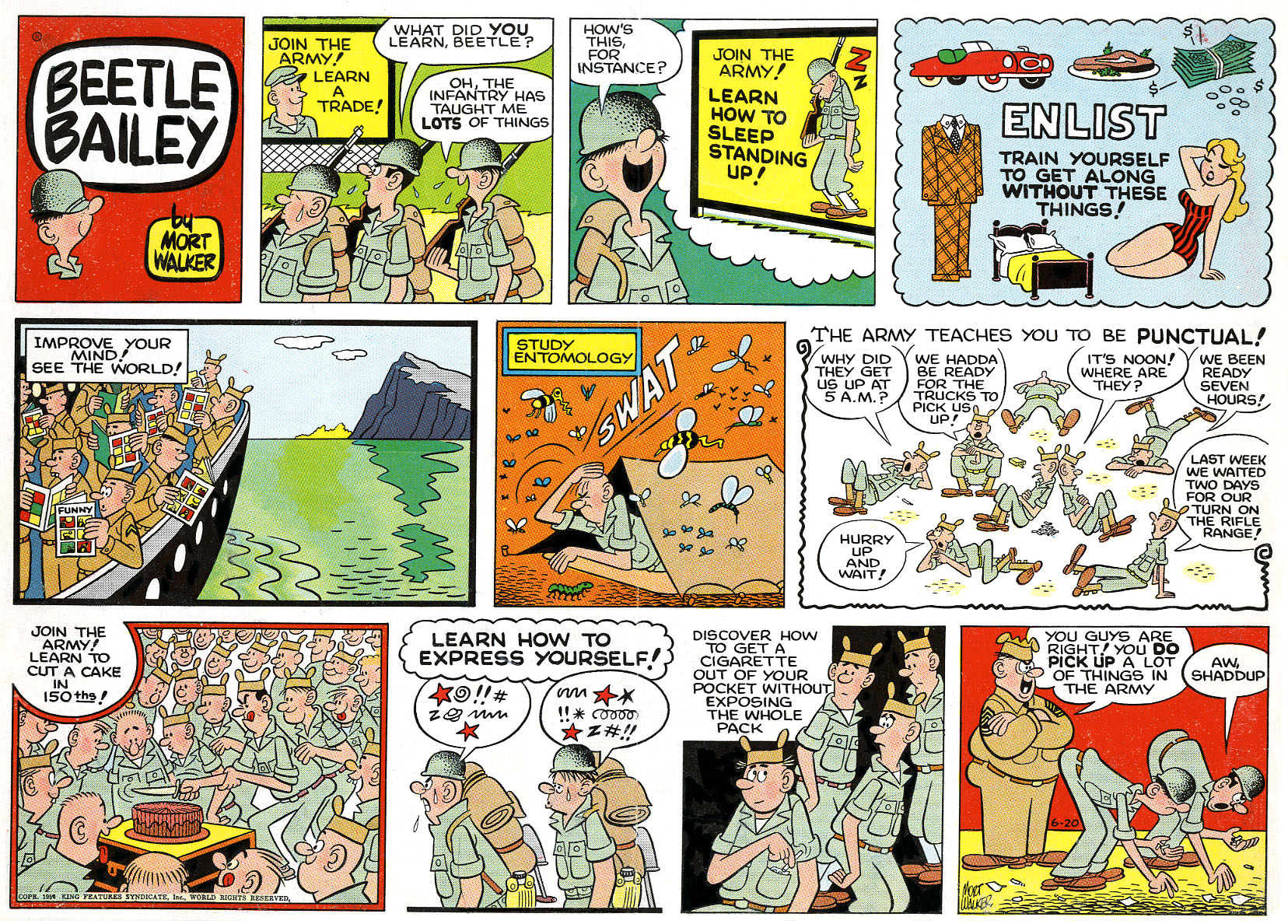 Mort Walker was drafted in 1943 and spent almost four years in the army. “I had no thoughts or ambitions at that time to do an army comic strip, but I was constantly sketching and trying to capture the humor that was so prevalent in military life,” he explained years later.

Mort did his basic training at Camp Crowder in Missouri, which was the inspiration for Camp Swampy in Beetle Bailey. Here is a sketch Mort drew of a new recruit that probably looked a lot like he did at that time. 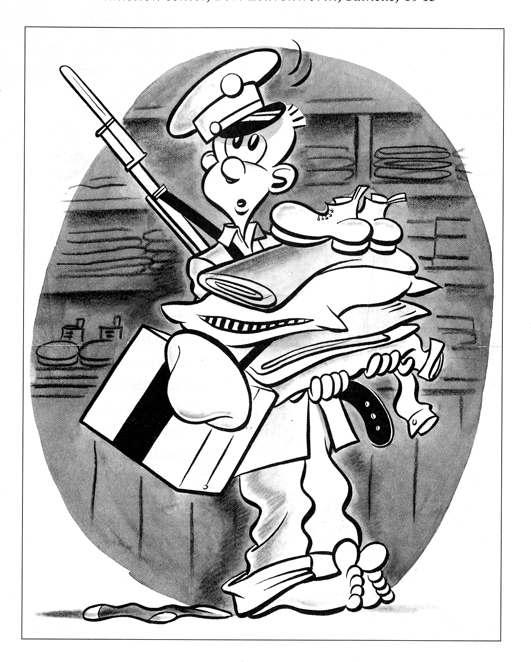 “The army thoughtfully sent me to a number of places so that my experience would be broadened,” he remembered. “I was in the Air Corps, the Signal Corps, the Engineers, Ordnance, the Infantry and Intelligence and Investigating. I was a private, a corporal, a sergeant, and a lieutenant, and I was a goof-up at every rank.”

Here is a photo of Mort in his army uniform.

These experiences gave him the raw material to come up with classic Beetle Bailey Sunday pages like the one shown above.