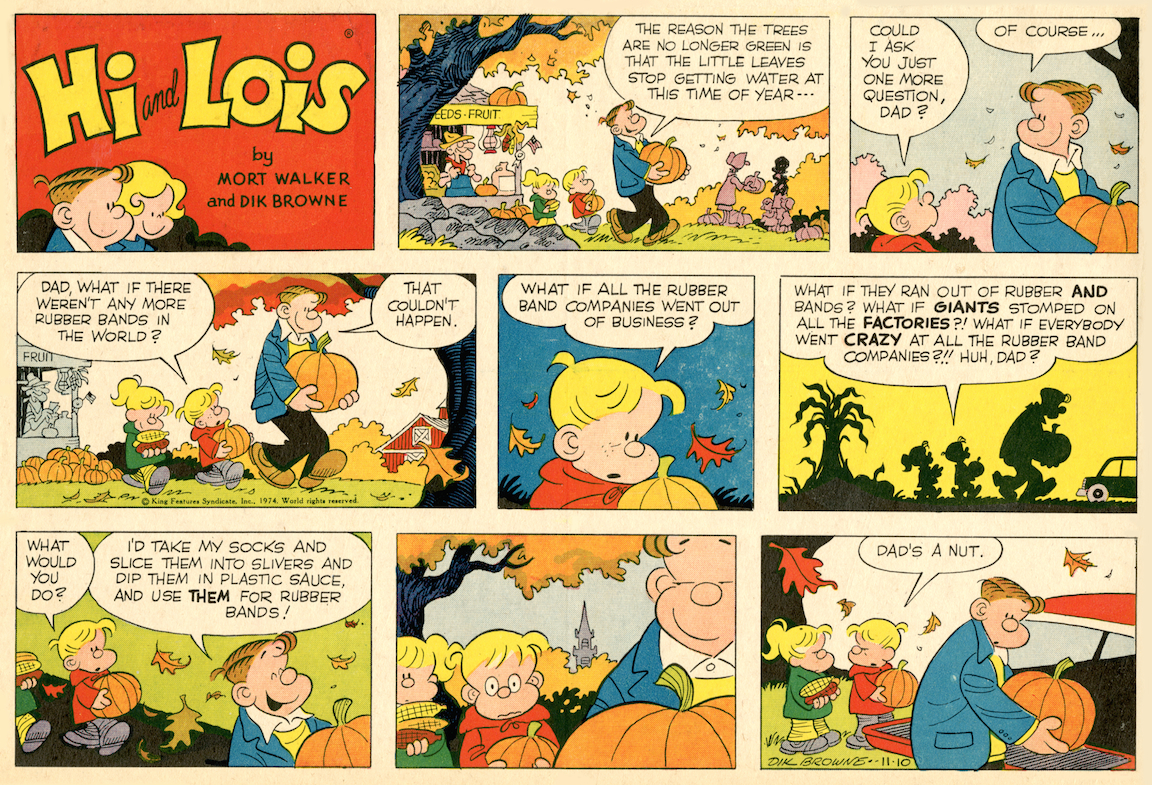 As we have documented in previous posts, autumn was Dik Browne’s favorite season. Occasionally, he would translate an ordinary gag into a fall scene, as he did with the Sunday page shown above. In the first two “drop panels” after the logo, which were added later, Hi is talking about why the leaves change color.  But in the next six panels, the original gag written by Mort Walker has nothing to do with the season. All the special touches, including the lead-in panels, the colorful foliage, the produce stand and the pumpkins, were added to give the page an autumnal mood. Dik probably drew this in early September since Sunday pages have to be completed six to eight weeks before publication.

Dik was inspired by the Gasoline Alley seasonal Sunday pages that he read when he was boy during the 1930s. Here is a classic example by Frank King, done in a unique “woodcut” style. 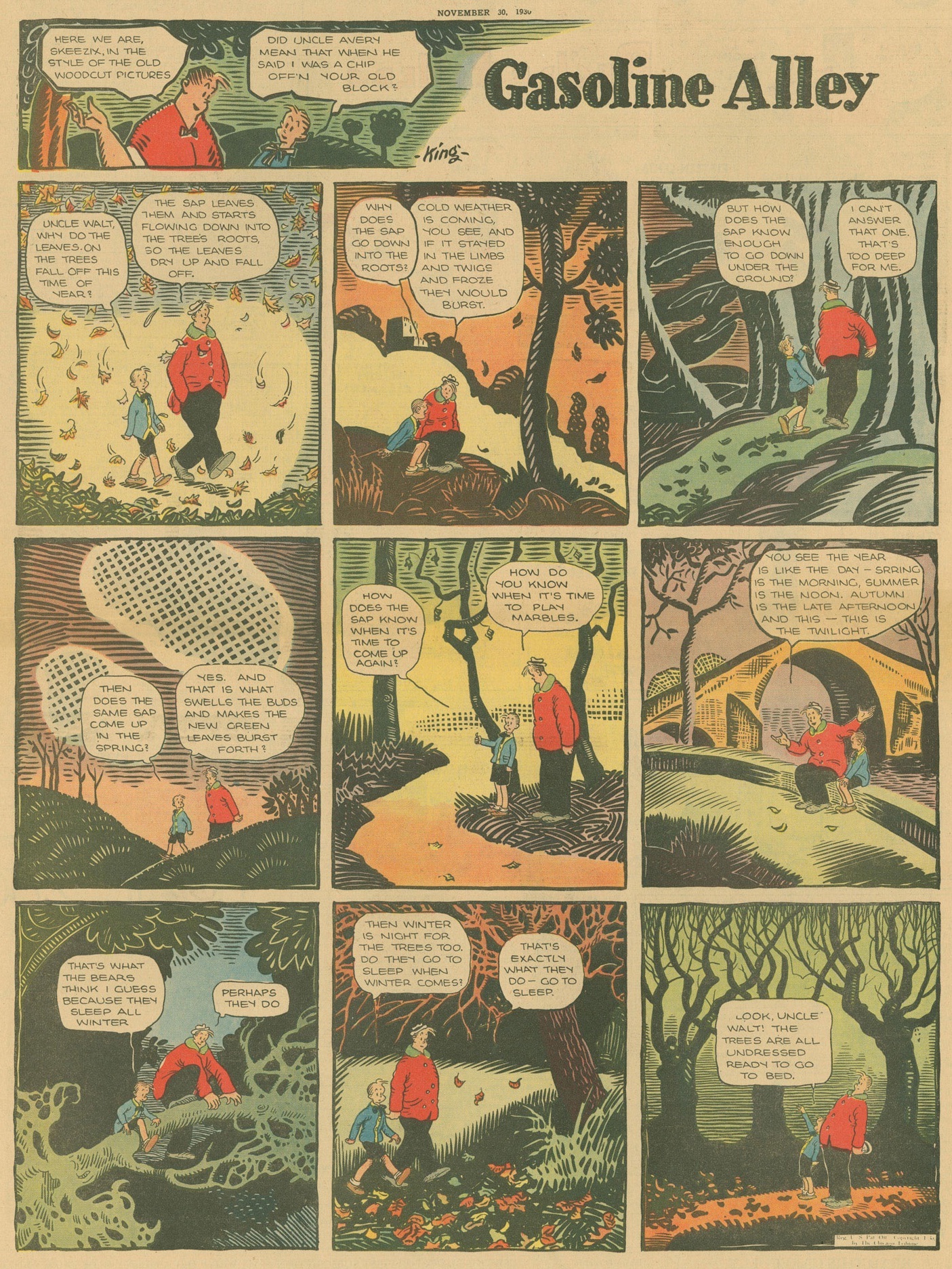