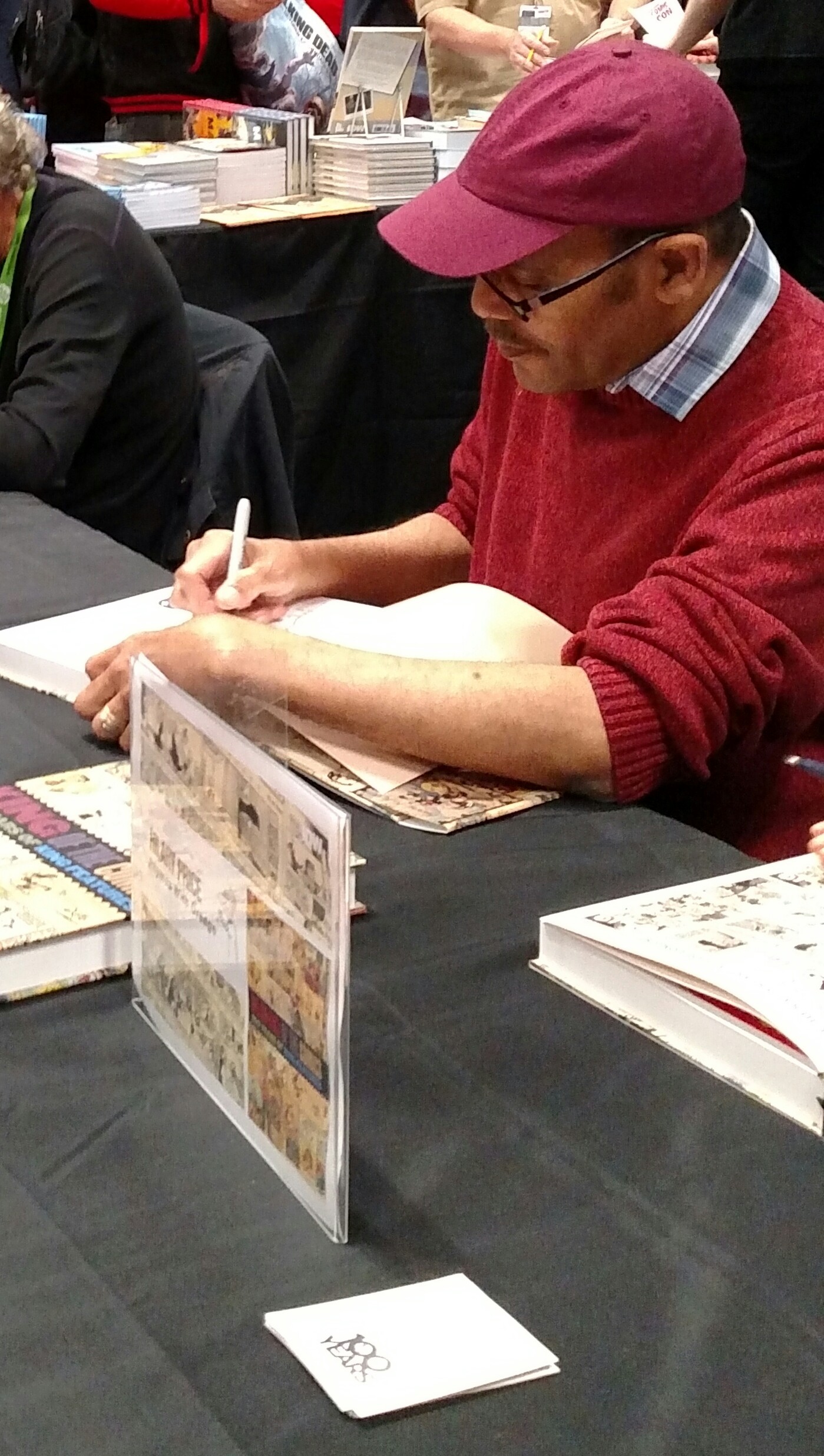 Last weekend over 150,000 hardcore comics fans descended on the Jacob Javitz Center in New York City for the East Coast’s largest and most exciting pop culture convention!  Comics Kingdom was on full Comic Con detail, celebrating what makes this increasingly popular annual event so unique and the hottest ticket in town.

In our Editor’s Dispatch, we look at Thursday’s daylong celebration of King Features’ 100th Anniversary!  Jeff Keane (“Family Circus”), Patrick McDonnell (“Mutts”), Ray Billingsley (“Curtis”), Hilary Price (“Rhymes With Orange”), and Brian Walker (“Hi & Lois”) all signed copies of King of the Comics: 100 Years of King Features.  After the signing, our Editor, Brendan Burford, moderated a panel on the history of King Features and the evolution of comics over the past century!  A fascinating slide show accompanied talks by the cartoonists.  And Flash Gordon made an appearance too! 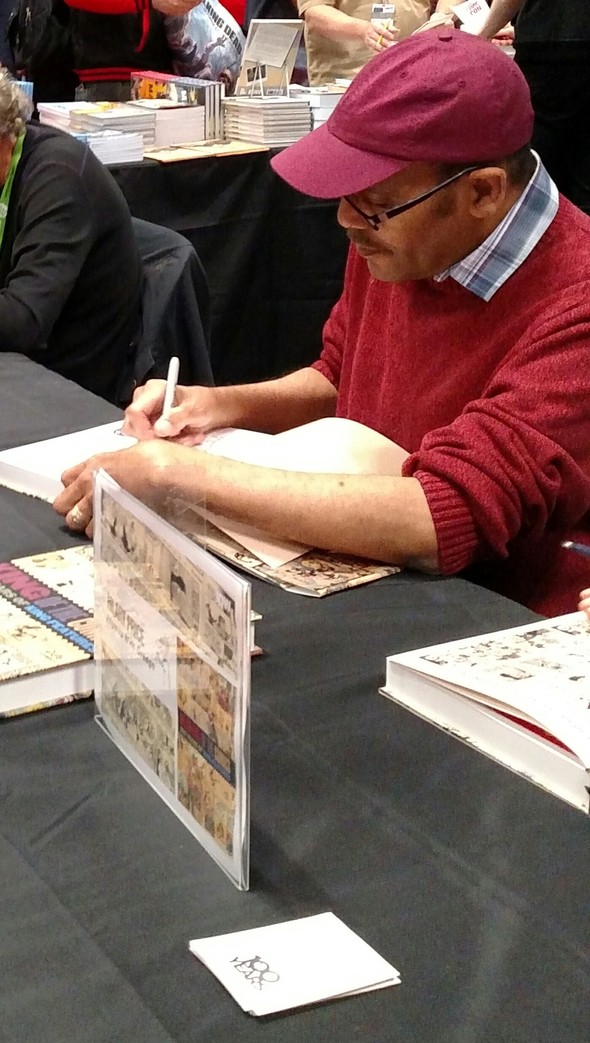 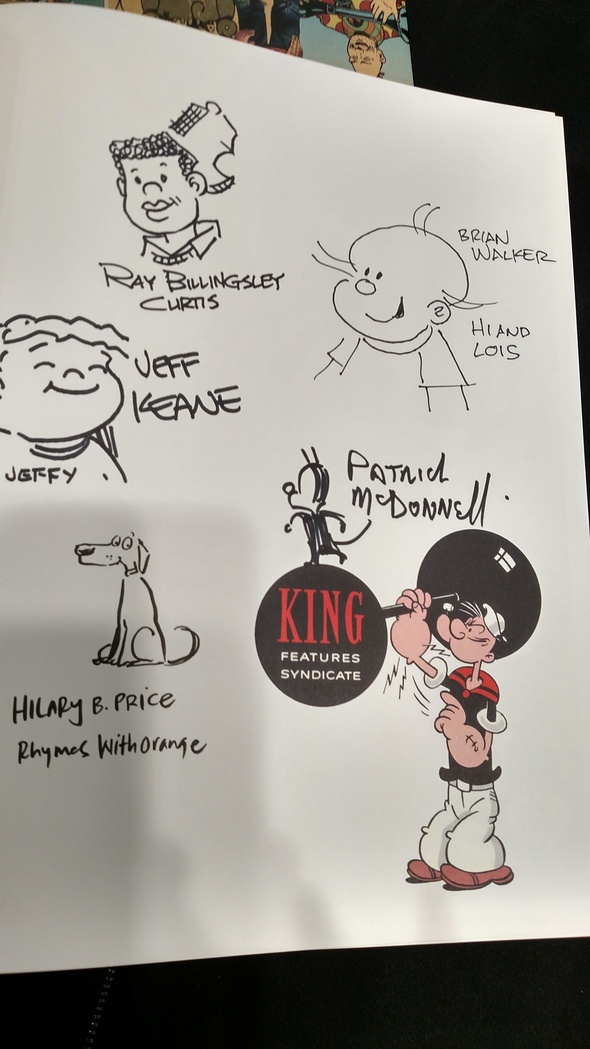 Signed book page for those buying “King of the Comics:  100 Years of King Features”  at NYCC

Brian Walker (“Hi & Lois”) talks about the popularity of comic strips in newspapers and shares a unique Sunday page from 1954 by Mort Walker (“Beetle Baiiley”). He also talks about aging and the concept of “getting old in bunches” coined by his father.

Dan Piraro (“Bizarro”) invites you to hire him to do comedy shows!  He’ll perform at corporate functions, conferences, festivals, public libraries, you name it!  He also talks geography and breaks down the hilarity behind his cartoons this week!

David Reddick (“Intelligent LIfe”) shares a drawing of Gwen as Velma from his Inktober Sketchbook!

Finally, the Archivist shows us some rare items – King Features-oriented 45 rpm European records – from his collection!