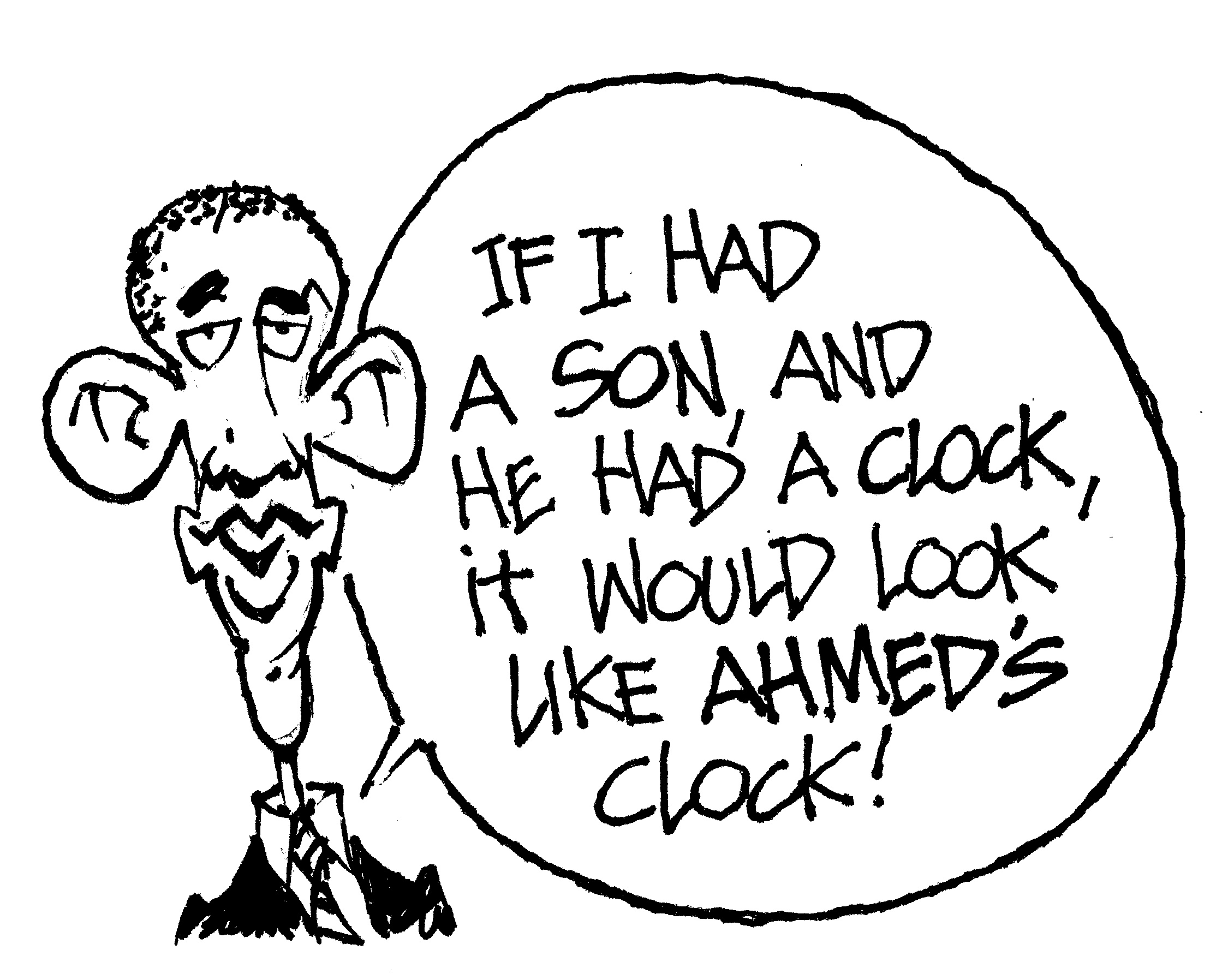 Remember when that seven-year-old got suspended for “biting his Pop-Tart into the shape of a gun” (The little hooligan claimed it was a “mountain,” but why take chances?) Or the little girl who got suspended for saying her magic ring could make her classmates invisible, like in Lord of the Rings? There were hundreds of such “Zero-Tolerance cases around the country the past few years.
And, as far was we know, the president couldn’t have cared less.
Suddenly, though, when there’s an ethnic and Muslim angle, President Obama CARES about the “Clock Kid” case, in which 14-year-old Ahmed Mohamed apparently took apart an old digital clock, reassembled some of the parts, and brought the thing to school in a briefcase, giving the Pop-Tart Police some real red meat to work with.
POTUS, and most of the media, chastised the school in question for being racist and Islamophobic, and the prez even invited the kid to bring his clock to the White House.
We can only wonder what would’ve happened if the kid had shown up there uninvited, with his “science project”…