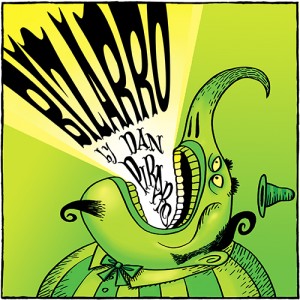 (If you want some biggerized comedy to gander, click the color blue on any image.) 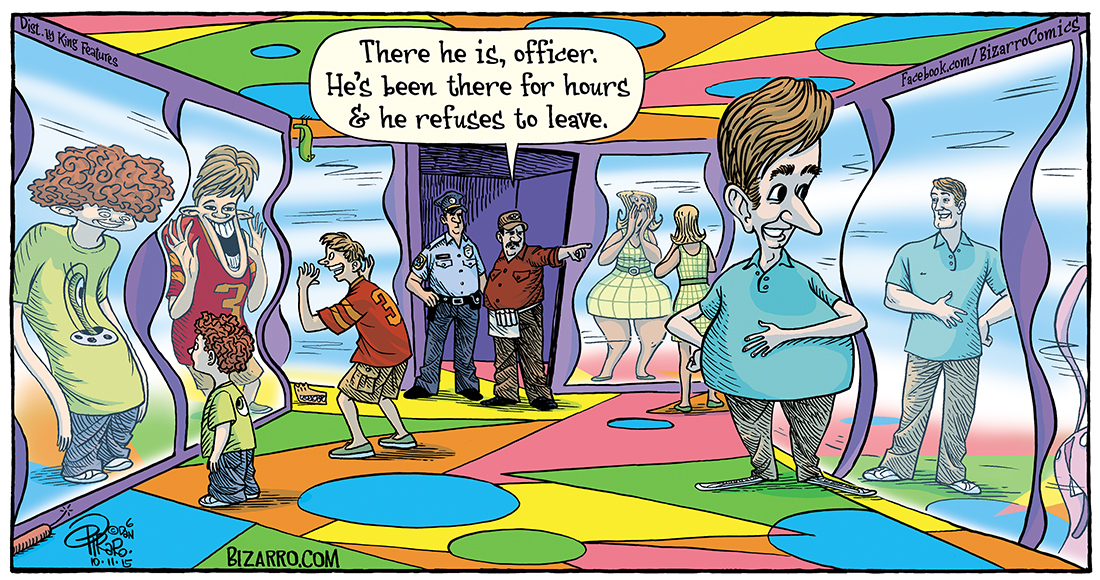 Bizarro is brought to you today by Thrifty Knitters.

Since I moved to LA a few years ago, I have become acutely aware of the fact that I am not nearly rich or good looking enough. Every community has its own vibe; Portland is about being hip and chill, New York City is about wearing black and basing your innate sense of superiority on your geographical location, and LA is about looking super hot in your Lamborghini as you sit in traffic for an hour on your way to a grocery store that is only one mile away. There are other vibes in LA, too, and millions of really good people, but it takes a concerted effort not to allow yourself to feel “less than” in your cheap, compact car and your average face and body. I’m just saying that if someone opened a funhouse mirror place that made everyone look like a movie star, it would be packed. 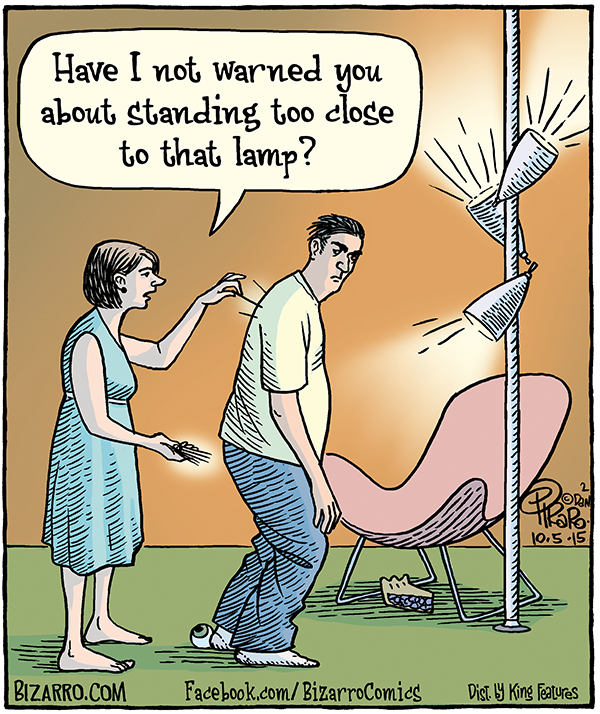 This week’s comics represent a step toward an even more surreal place than I normally go, I think, starting with this painful view of the dangers of standing too closely to drawings of light beams. It occurs to me looking at it now that I normally draw my characters wearing shoes, even when they’re at home. Not sure why I didn’t on this one, but it’s fine. I suspect most people don’t wear shoes at home. I don’t. I wear small sofa pillows strapped to my feet with duct tape. 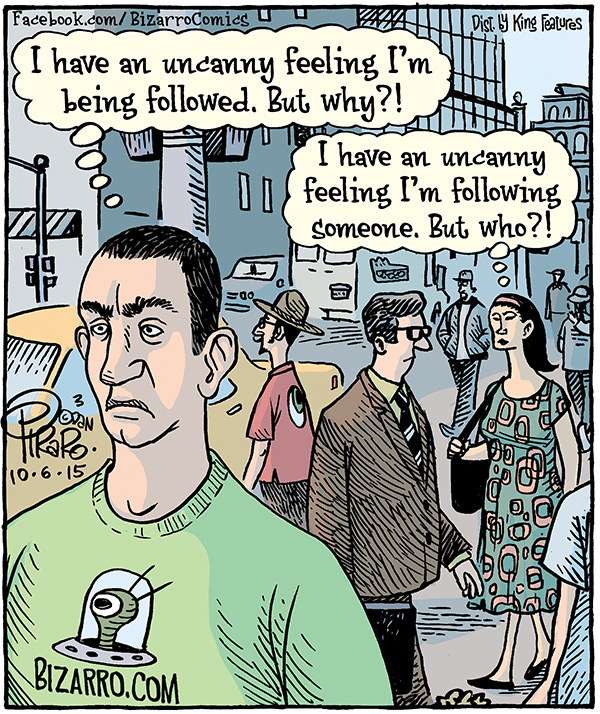 Have you ever had the feeling you’re being followed? In a crowded place like the street depicted above, you most certainly are, though not for any nefarious reason. You’re heading south and any number of other people are also heading south for their own reasons, so you’re always both being followed and following. The mind reels. 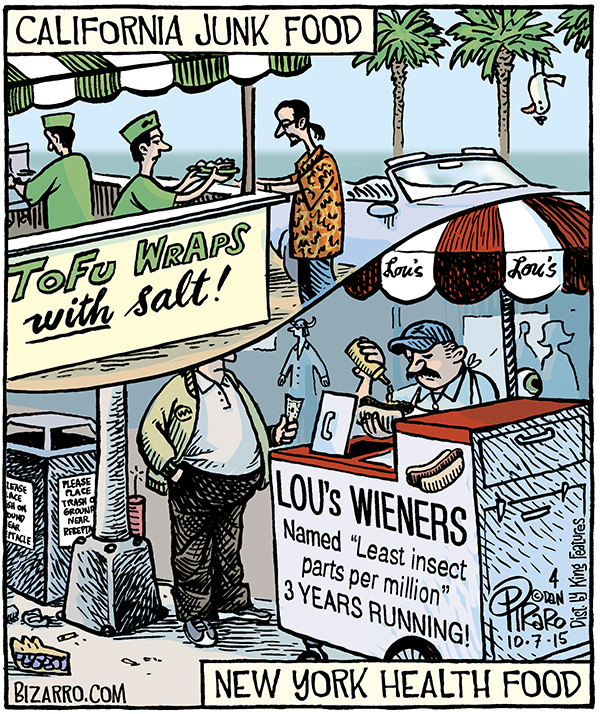 Here is another cartoon that brings up the differences between two places I have lived: NYC and LA. It’s an exaggeration, of course, but overall, California is way more health and environmentally conscious than NY is. When I lived in NY, I was often amazed at the kind of unmitigated garbage that people would buy from street vendors and put into their mouth. Every few years a story comes out about how these carts are housed overnight in a filthy tunnel somewhere underneath the East River and used as storage lockers for greasy bums when they aren’t full of delicious ground carcass paste encased in plastic sheaths. (Commercially called “weiners”.)  Mmmmm! 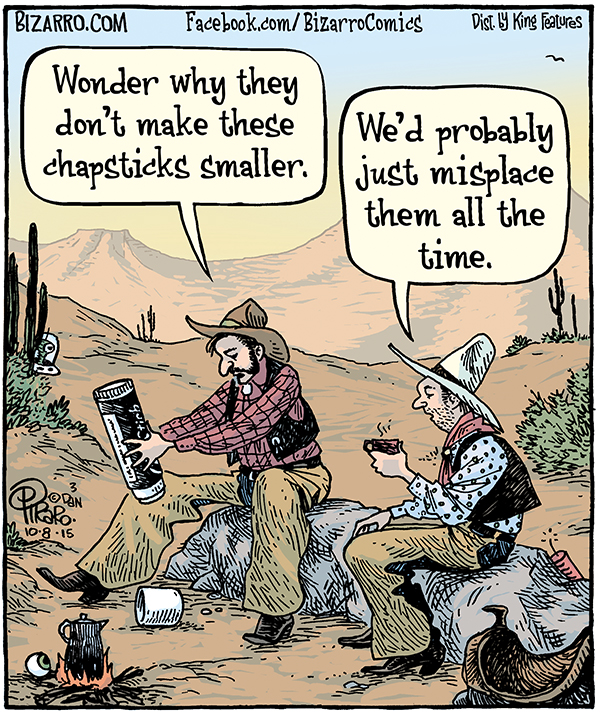 This cowboy cartoon featuring a giant Chapstick is also firmly in the surreal camp. If you’re from another planet and don’t know anything about cowboys, those crotchless, buttless leather things they wear over their legs are called “chaps” and were used for keeping branches and other pointy elements of nature from poking you in the legs while you ride your horse. They were not, as one might logically assume, a kind of secret nod to others that you are gay. At least, not as far as I am aware. 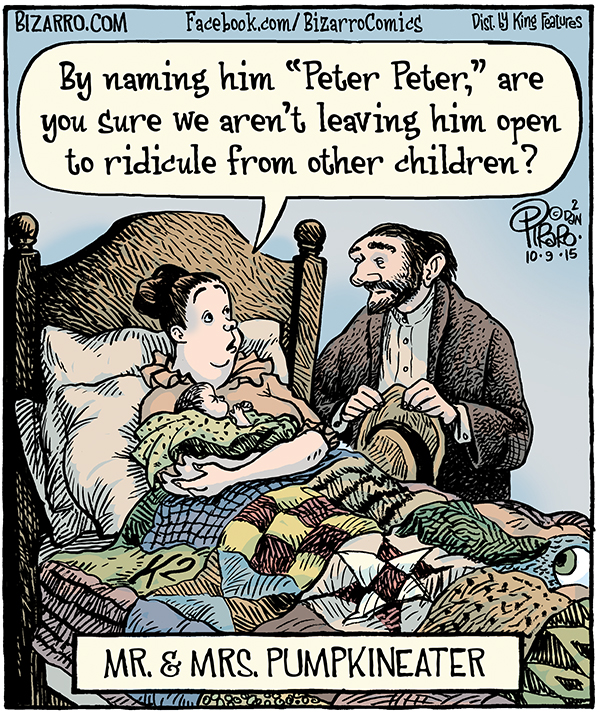 As long as I’m talking directly to those of you from another planet, to understand this cartoon about the newborn you have to be somewhat familiar with a nursery rhyme popular among human earthlings that goes something like, “Peter, Peter pumpkin eater, had a wife and couldn’t keep her. Put her in a pumpkin shell and there he kept her very well.” As far as I can tell, it was written to teach children about the benefits of spousal abuse. Also, “Peter” is a common euphemism for a penis, so this is actually a penis joke. How did I get this into mainstream newspapers? 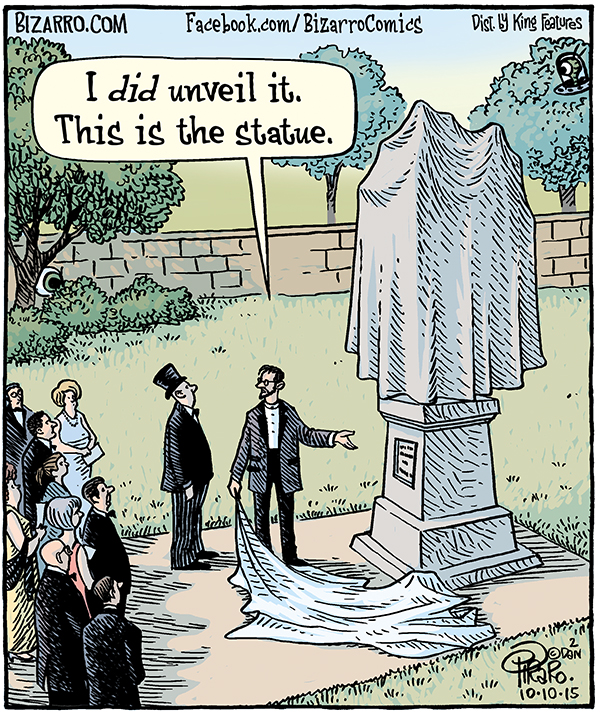 My last surreal salvo of this week is about this “meta” statue of a statue yet to be unveiled. I’d be willing to bet a statue similar to this actually exists somewhere.

Not yet tired of my cartoons? How about rewarding yourself for your endurance with a T-shirt that features one of my most popular and poignant cartoons? And don’t forget to snag a bunch more for gifts during the upcoming and dubious holiday season! This cartoon will only be offered for sale until Wednesday afternoon, October 14, so do it now while you’re still feeling guilt about how many times I’ve made you laugh and how few times you’ve paid me for it! You can find it here.