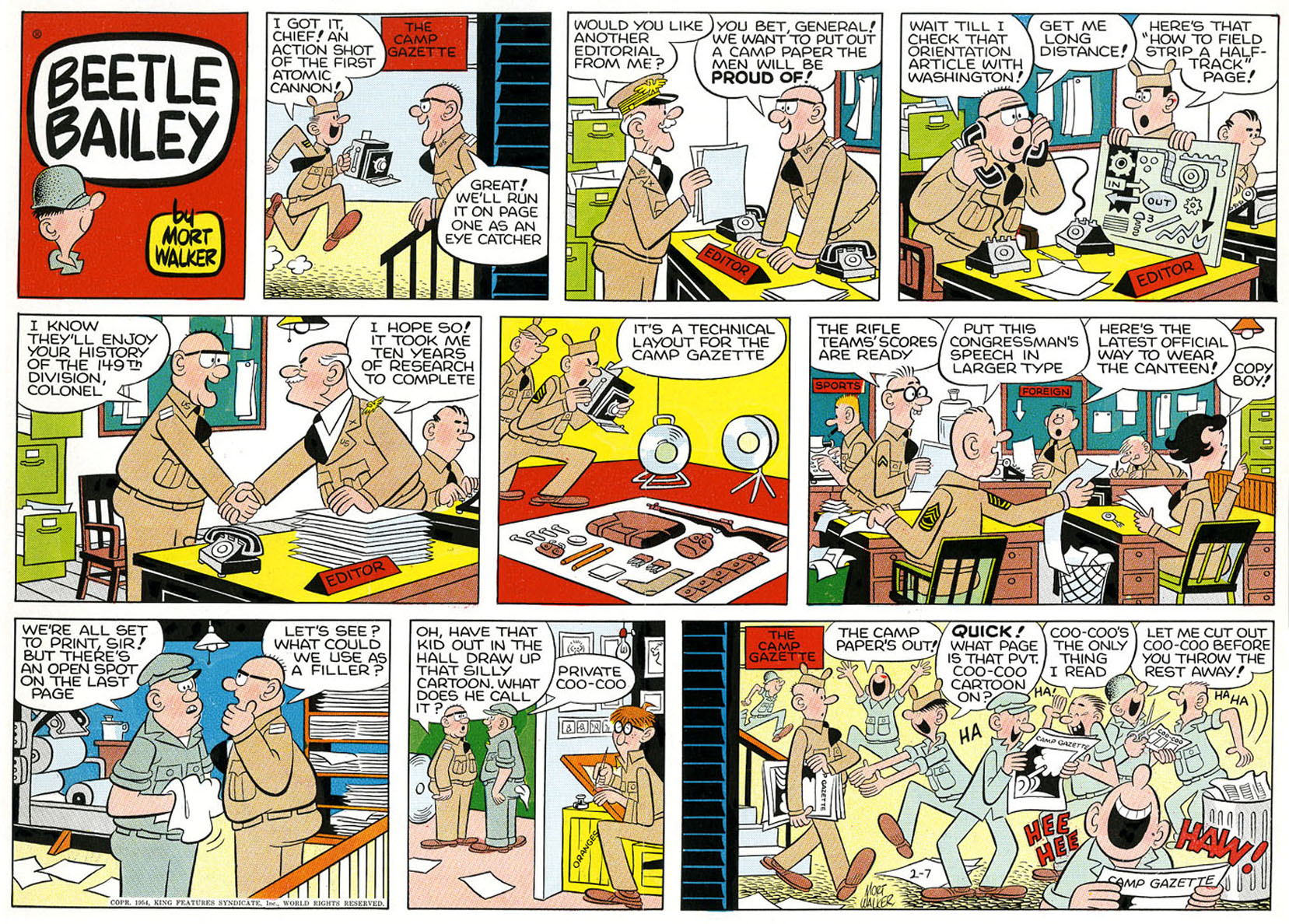 During the mid-1940s, Mort Walker was the editor and cartoonist for his college humor magazine, The Showme, at the University of Missouri. This unique Sunday page from 1954, with The Camp Gazette in production, was inspired by his experiences working on his campus publication.

Comic strips have been described as “barnacles on the ship” of the American newspaper. Editors, many of whom went to journalism school, have little respect for cartoonists. In their eyes, cartoonists are not serious journalists.

Ironically, whenever newspapers take readership polls, comic strips are among the most popular features. William Randolph Hearst proved in 1896 that a comic character, the Yellow Kid by Richard Outcault, could sell newspapers. Editors and publishers seem to have forgotten this lesson. Perhaps newspapers would not be in the dire situation they are in today, if they did more to promote one of their most popular features, the comic strips.