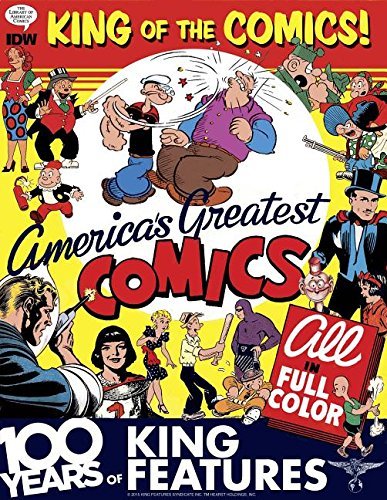 This week is New York Comic Con (one of my FAVORITE weeks of the year, oh boy!)  And we’re celebrating King Features’ hundredth anniversary!

We’ll be having two very special events!  First up, we’ll have our special 100th Anniversary book, King of the Comics: One Hundred Years of King Features Syndicate, on hand at the IDW table (Booth 1844) for you to buy!  From 4-5:30 on Thursday, five King Features cartoonists will be there to sign your books: Patrick McDonnell (Mutts), Brian Walker (Hi and Lois), Jeff Keane (The Family Circus), Hilary Price (Rhymes with Orange) and Ray Billingsley (Curtis).

Then, you can join us for a panel about the history of King Features over the past century at 6:30 P.M. in Room 1A21 with moderator and Editor, Brendan Burford.

We’d love to have you join us!

Also big in the news this week, Charlton Spotlight #9, the first Snuffy Smith comic since the 1970s, hit the Diamond Previews catalog!  This comic, by regular Barney Google and Snuffy Smith creator John Rose, promises to a bodacious treat for all you Snuffy fans out there! 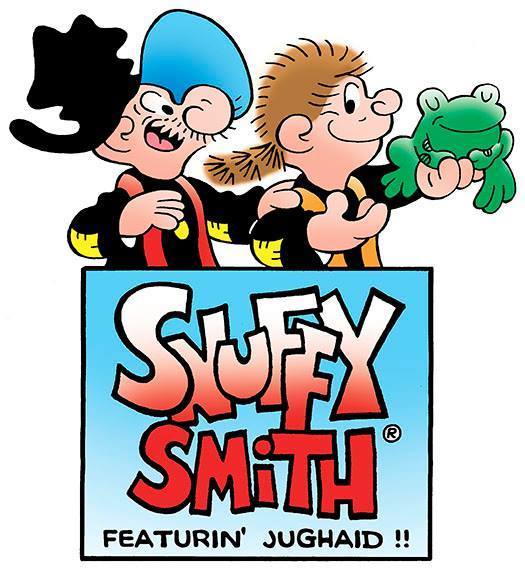 John told me all about his work on this book:

“Snuffy Smith” had his own comic book with Charlton in the 1970’s and I grew up reading that comic book, as well as many other Charlton titles as a child.  So when I was asked by Michael Ambrose, editor of Charlton Spotlight, if I would be interested in creating a new “Snuffy Smith” story for his Charlton Spotlight publication, I was thrilled!  I decided to focus on the Jughaid character from the start because I knew I could create a fun adventure around him.  It was such a joy to step outside of the usual 2 or 3 panels I work with every day and write a 10-page story for Jughaid.  The result was “Hopalong Jughaid,” a new, original story that I wrote and illustrated for Charlton Spotlight #9!  I really hope “Snuffy Smith” fans everywhere will enjoy it!

The comic will ship in mid-December and is in the Diamond Previews catalog with order code OCT151945!  Be sure to request a copy of it from your retailer– what a great gift for fans of classic comics!

Have a great week, and I hope to see you all at NYCC!  (I’ll be dressed up as Flash Gordon on Thursday for our 100th Anniversary!)