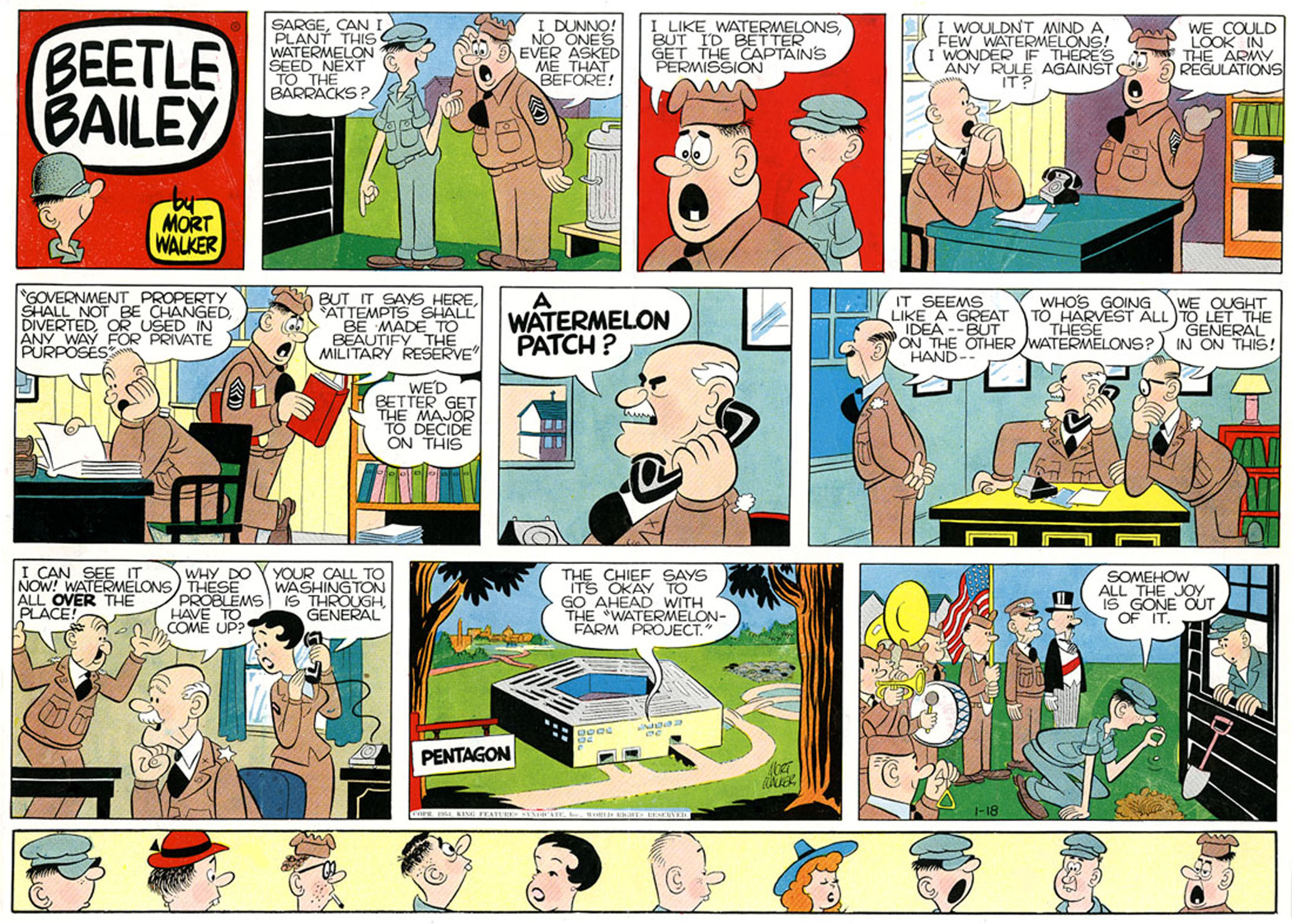 Beetle Bailey, by its very nature, is a commentary on the military establishment, a playful satire of bureaucracy and the system. The early Sunday page above is a classic example of the type of humor that annoyed the army brass and led to the ban in Stars and Stripes in 1954 (see previous post).

“Many people wonder why a military strip like Beetle Bailey appeals to a civilian audience, Mort Walker posited in a 1984 interview. “The truth is, it isn’t a military strip strip. It’s a strip about a bunch of funny guys. They could be policemen, factory workers, college students, whatever. The army is just a convenient setting that everyone understands. The pecking order doesn’t have to be explained and the role of the guy at the bottom of the ladder is classic in literature.”

Stay tooned for more classic Sunday pages from our archives.