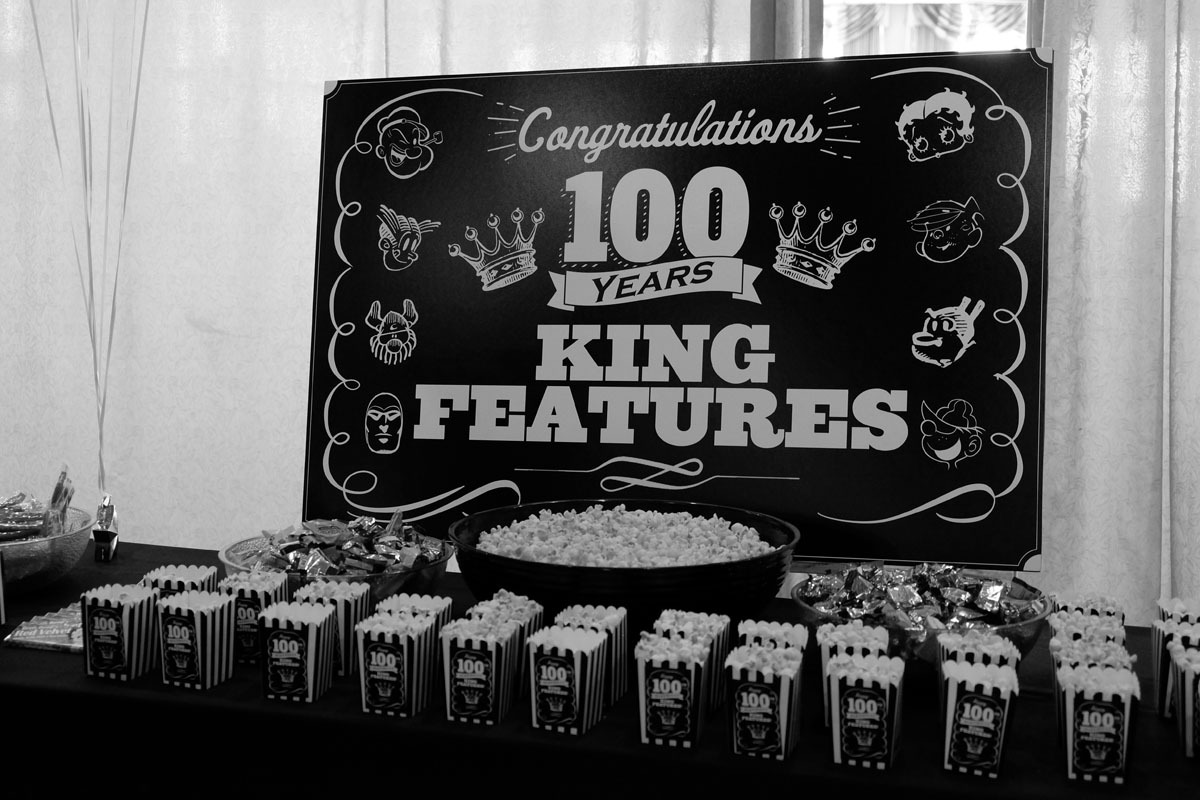 As you may know, this year is King Features’ ONE HUNDREDTH Anniversary!

It’s a pretty special year for us, and we’ve been very excited about it. The NCS was kind enough to host a very special celebration for us at this year’s Reuben Awards, and we’ve had a few other events throughout the year– and will have more as the year progresses.

A couple of weeks ago, though, we had a wonderful in-house celebration, with our entire New York team, our sales force, and a couple folks from our team in Orlando who flew up just for the occasion.  (We wish everybody could have been there!) 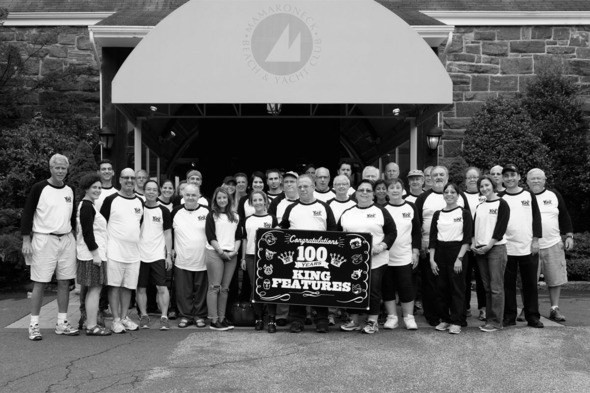 (look at all those pretty faces!)

We played a bunch of games (trivia contests!  bean bag toss!) and watched a video from our Art Department roasting the entire team, had a great lunch, and a super time in spite of the light rain! 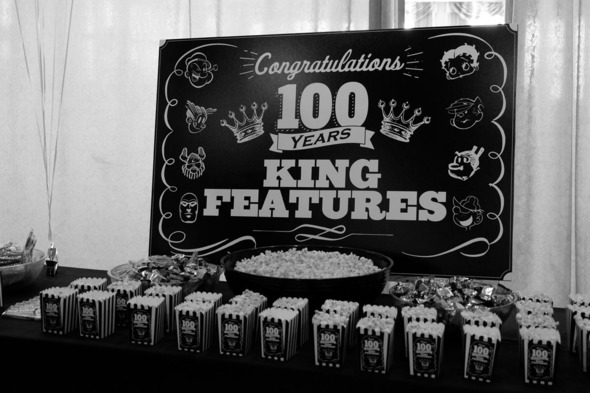 But most importantly, we couldn’t have done it without all you folks who read our comics and columns, and play our puzzles, every day.  It’s because of you that we’re here, working for this awesome and historic company, and we are so glad to share this one hundredth anniversary year with you all!