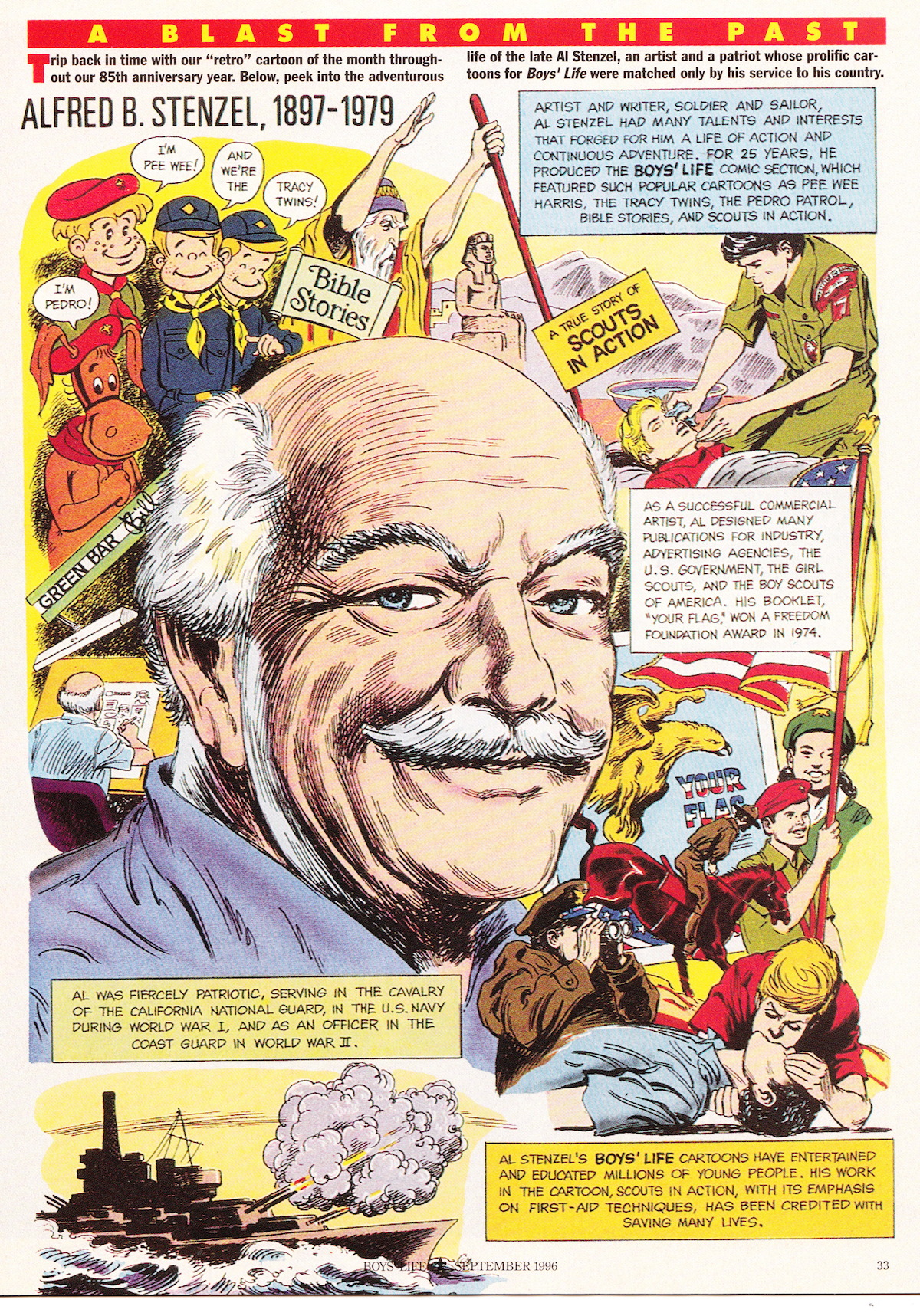 The Tracy Twins was illustrated by Dik Browne from its debut in the October 1953 issue of Boys’ Life magazine until he handed it over to other artists in the early 1970s. The feature was written and designed by Al Stenzel, an art director at the Johnstone and Cushing agency.

Here is a reprint of an illustrated tribute that ran in Boys’ Life after Stenzel passed away in 1979.

This 1970 episode of The Tracy Twins was probably one of the last ones that Dik drew. 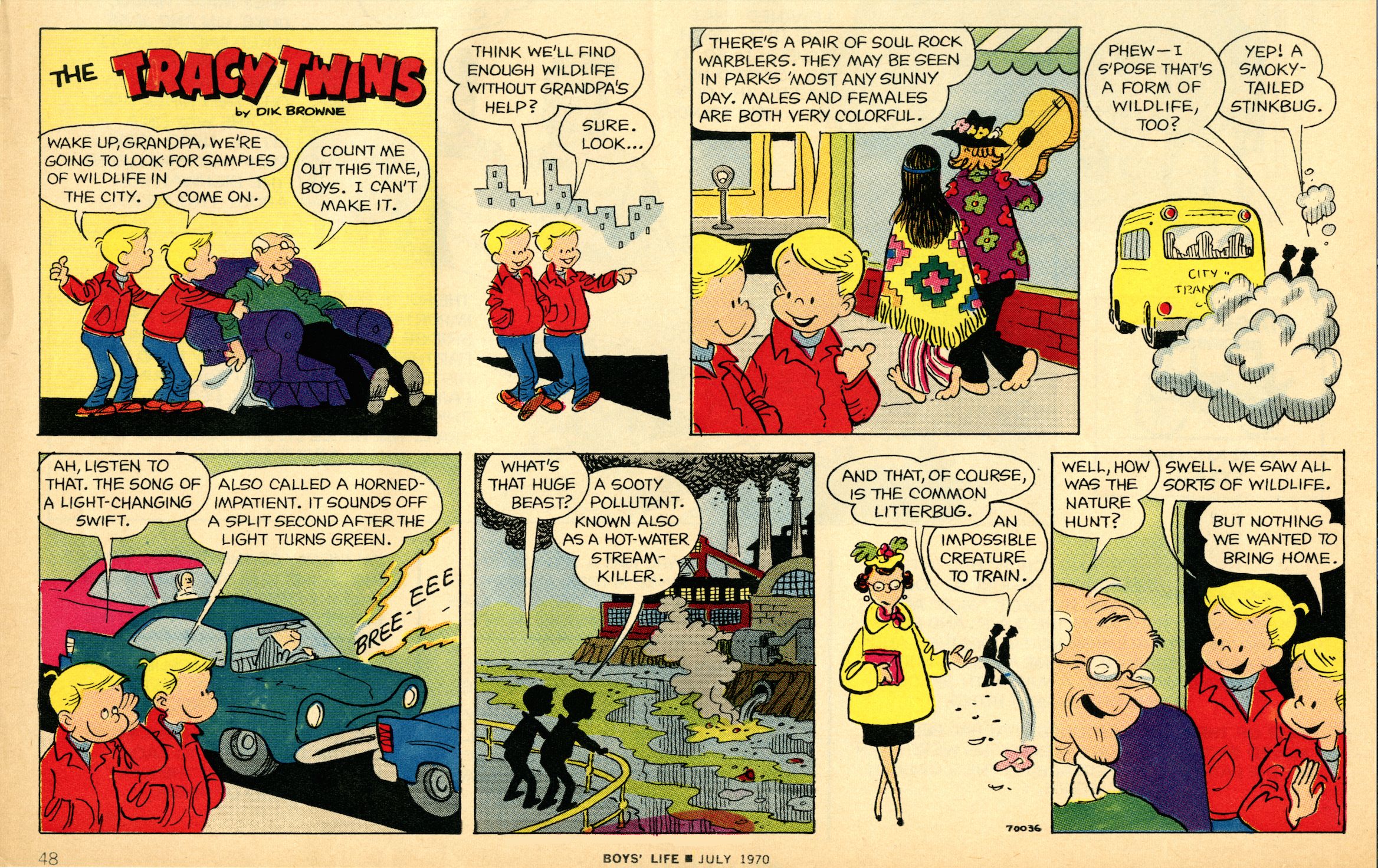 In the current issue of Hogan’s Alley (#20) there is an article I wrote about the history of The Tracy Twins. To purchase a copy or subscribe to this wonderful magazine go to: http://cartoonician.com/purchase-hogans-alley/

To view a special gallery of Tracy Twins episodes, spanning the period from October 1953 to August 1966, click on this link: http://cartoonician.com/web-extras-hogans-alley-20/

We will document more about The Tracy Twins in future posts.