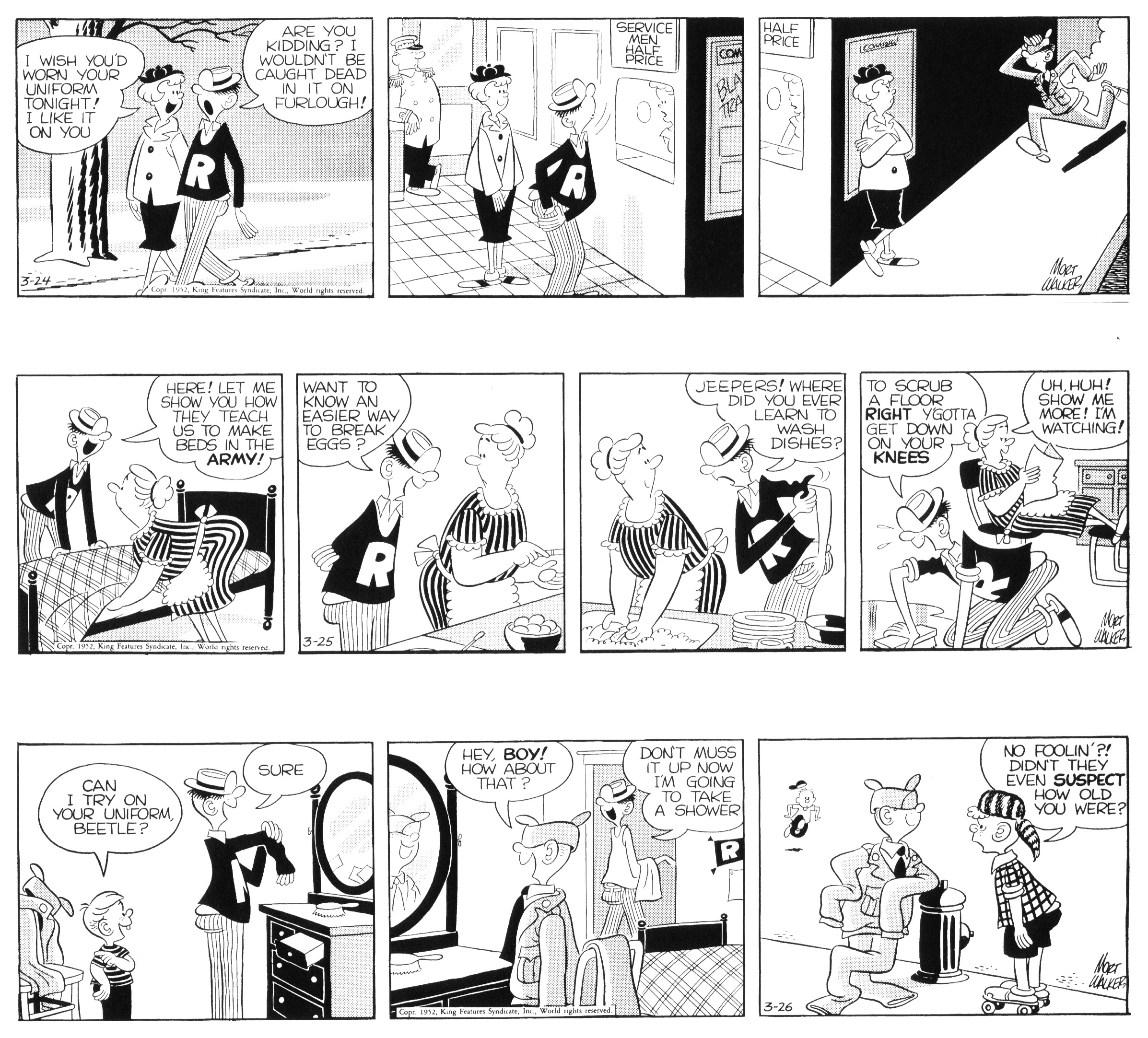 This is the last week of the 1952 furlough story.

In the first three strips, Beetle goes on a date with his college girlfriend Buzz, he shows his mother some of the useful skills he has learned in the army and he lets his brother Chigger try on his uniform.

In the final three installments he has a man-to-man talk with his father, he gives his mother the recipe for Cookie’s beef stew and he says farewell to his family. The story ends on a poignant note when Beetle reveals that he is already homesick in the final panel. 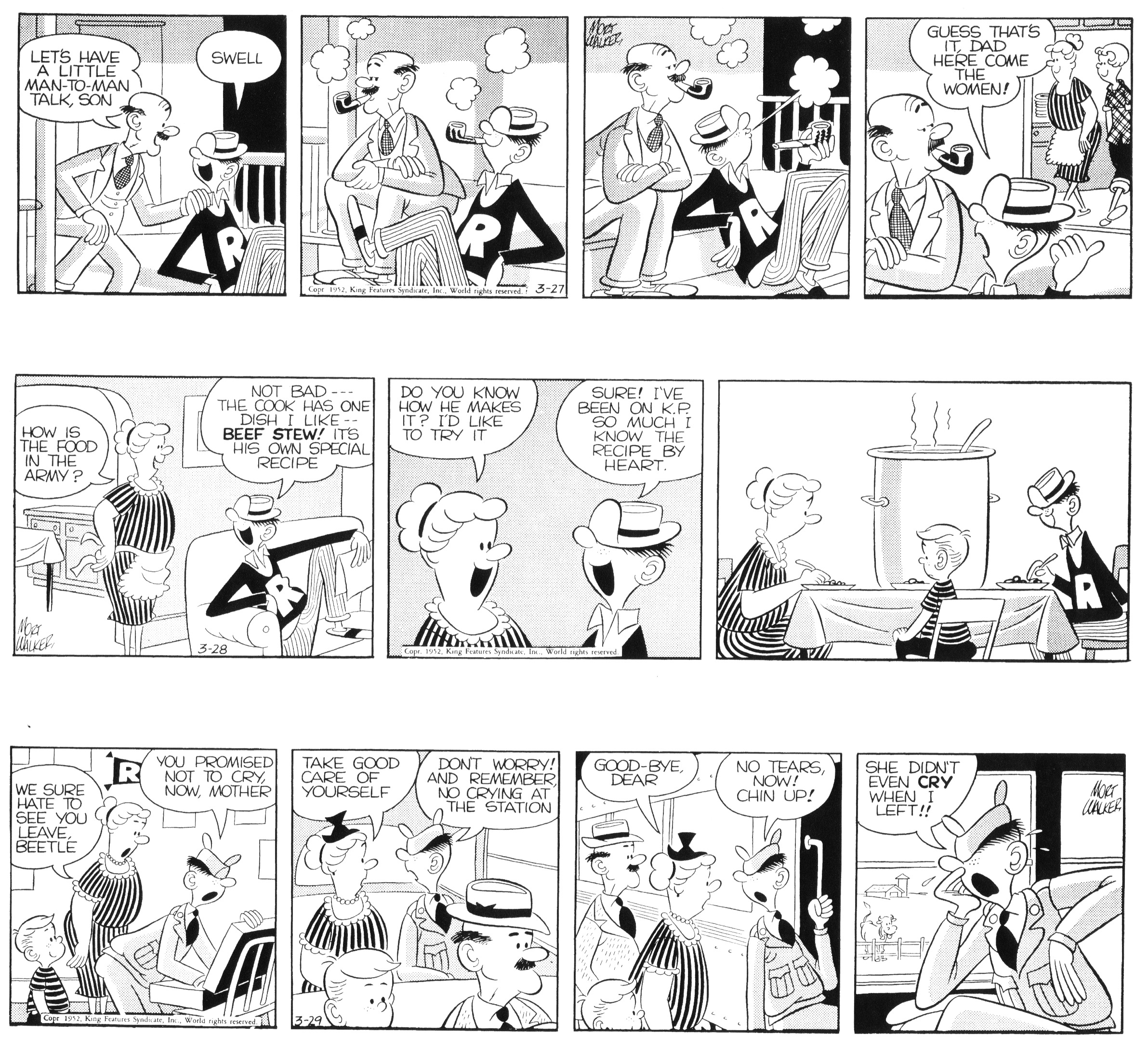 Two years later, Beetle would make another trip home to visit his sister Lois. We will share this historic series in a future post, so stay tooned.