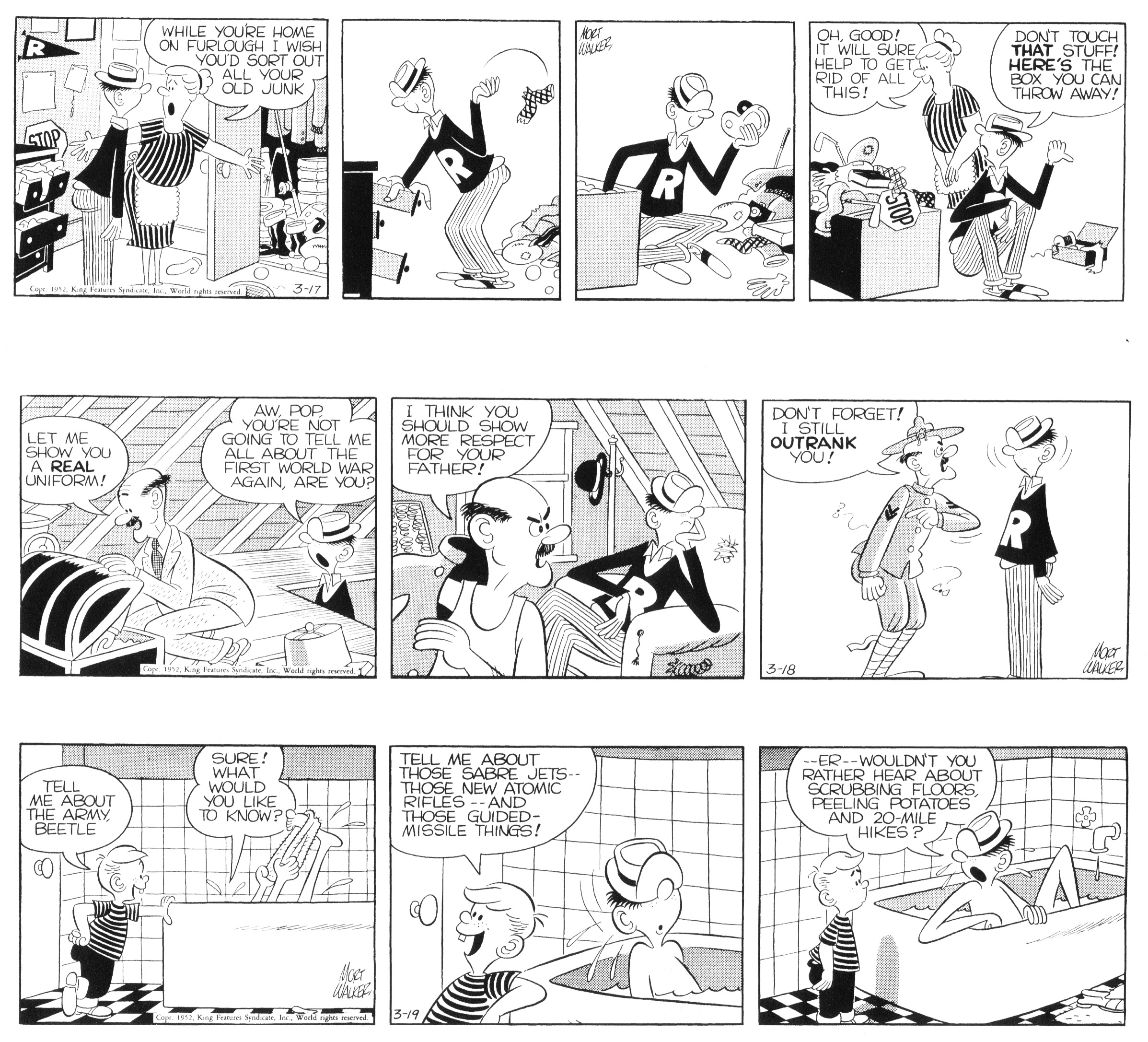 Here are the next three episodes in the 1952 furlough story.

Beetle’s family, Mom, Pop and Chigger Bailey each had their own strip in this sequence. His mother is trying to get him to clean up his room, similar to the way his sister Lois would nag his nephew Chip in the comic strip that would make its debut two years later. His father, “Gurney,” was a World War I veteran, which would have made him over fifty years old in 1952. His younger brother Chigger assumes that Beetle’s life in the army is much more adventurous than it really is.

In the next three strips, Beetle goes back to visit his old alma mater, Rockview University.

Professor Heckle and his girlfriend Buzz were regular characters in the strip before Beetle enlisted. The setting in the last episode is The Shack, a popular hangout at the University of Missouri, where Mort Walker attended college in the 1940s.

Stay tooned for the final strips in this historic extended sequence.