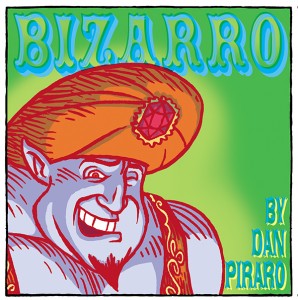 For the making of a biggerized image, click said image.

Bizarro has NOT been brought to you today by Dismaland. 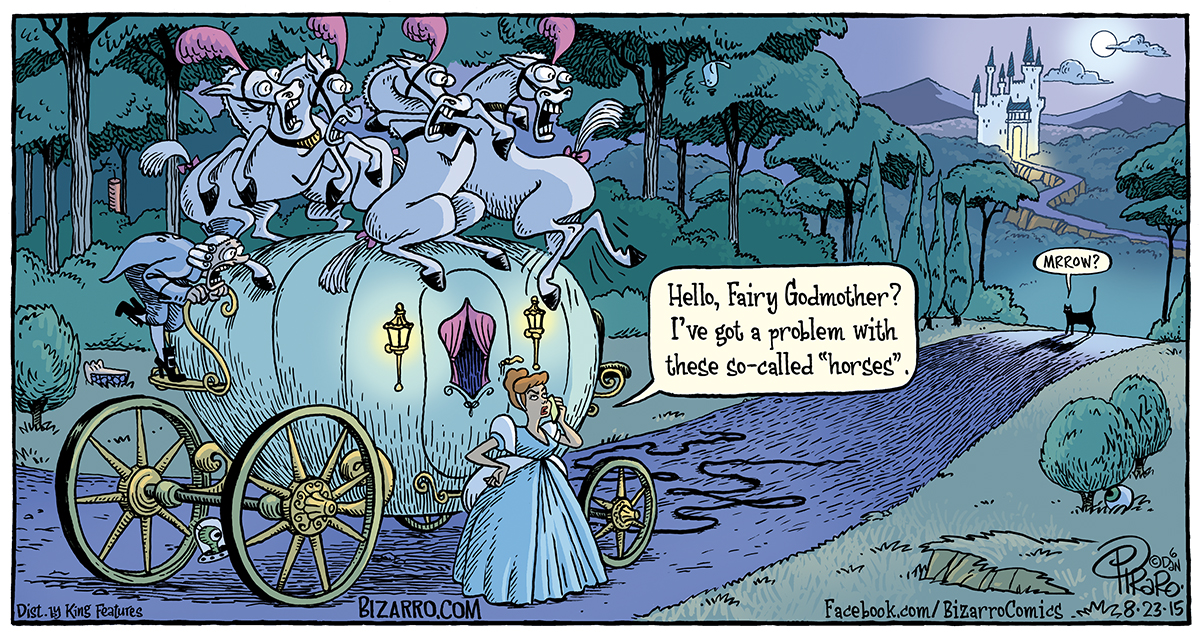 Coincidental to the publication of my Disneyesque Cinderella cartoon, was the opening a couple days ago of a very dark, strange, and elaborate art exhibition in England by world-famous guerilla artist, Bansky, called “Dismaland.” It’s not for everyone but I find it pretty amazing, particularly this reference to Princess Diana’s death. Banksy described the show as a “family theme park unsuitable for children”. To be clear, I knew nothing of the opening of this dystopian theme park exhibition; my publishing of a Cinderella cartoon today was entirely coincidental. 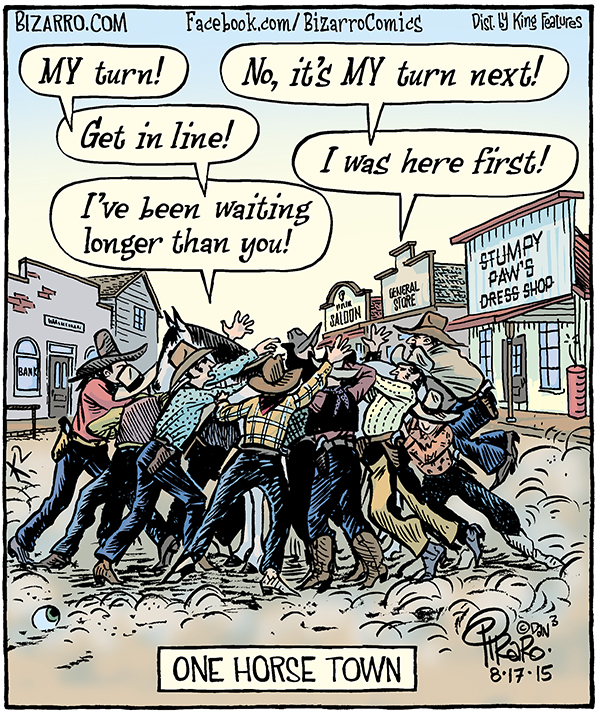 Meanwhile, back in Bizarroland, a group of cowboys are fighting it out over the only horse in town. “One horse town” is an American expression referring to any remote, rural town that is so small it only has one horse. Or, in modern times, perhaps one car. In case you didn’t know. 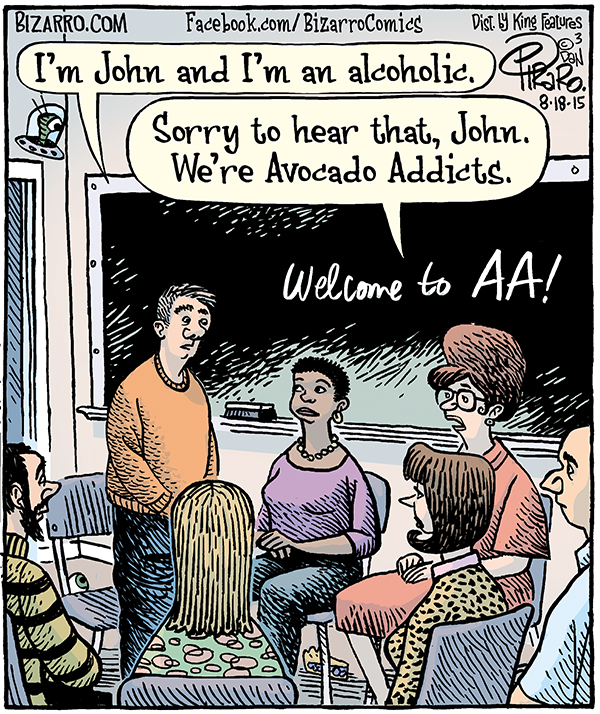 My buddy, Brian Levy, recently told me he was addicted to avocados and it sparked this idea. I didn’t name the main character Brian because I didn’t want to insinuate he has a drinking problem, but he later told me he wished I had used his name anyway. That’s just how desperate Brian is for attention. :^} 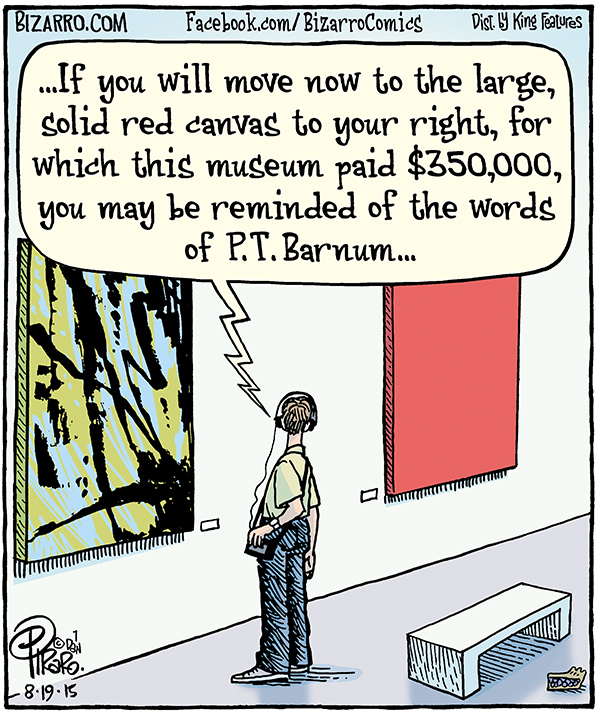 Speaking of dismal, here’s a cartoon about the sort of travesty the fine art world is regularly involved in. Everything about this cartoon except the wording of the recorded tour is entirely true. I’d love to know what art historians will have to say about 20th century art in 500 years, assuming there is still a human civilization capable of caring about art. 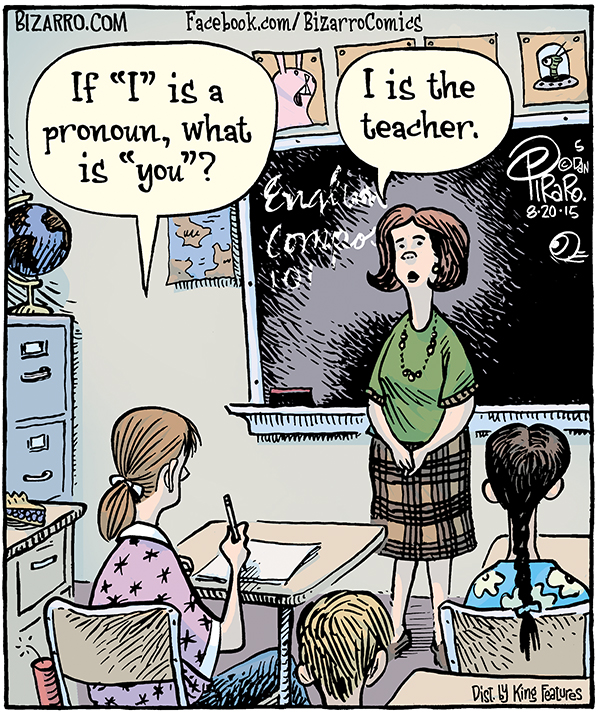 I particularly like this cartoon because I enjoy wordplay and strange grammar. My partner, Olive Oyl, can attest to how often I say things in alternative ways or intentionally mispronounce words. I find it amusing but I’m sure it’s quite annoying to the people around me trying to understand what I’m talking about. This can also pass as an editorial on lousy teachers, of which there are plenty. Teaching children, especially in public schools, is grueling, unenviable work and becomes more challenging each year. I think this makes the good teachers even more admirable and the lousy ones more understandable. 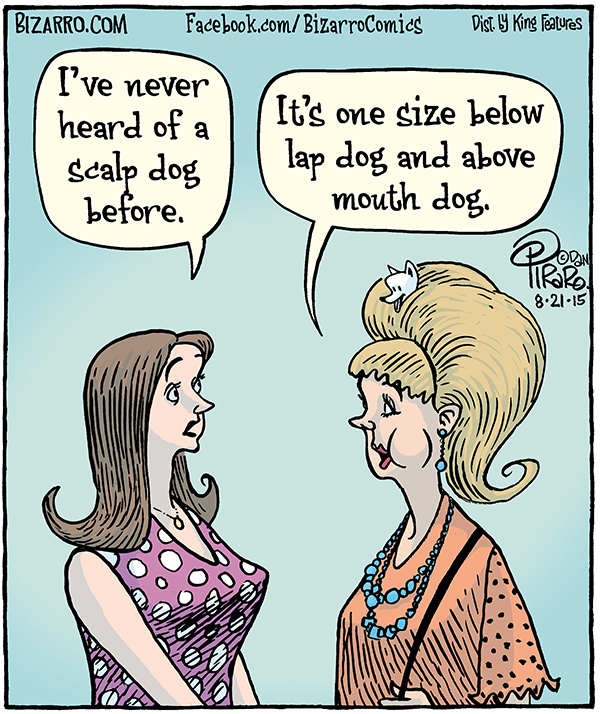 I am often amazed and amused at all of the strange dog breeds humans have created. We’re like hobby mad scientists in our experimental breeding of pets. What an oddball species we are. 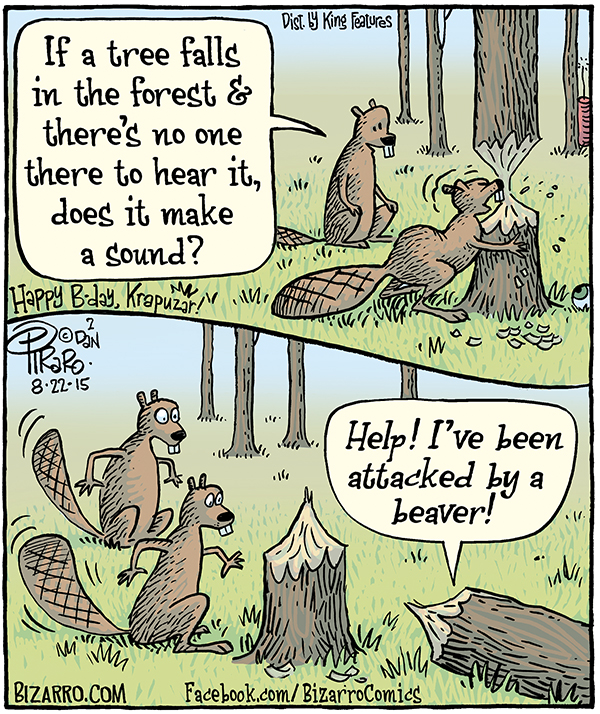 Finally this week, we get a peek into the amazing life of the beaver.

Lately I’ve been posting pics of the strange sketchbook images I draw. You can find them on my Facadebook page and also on my Instagram page. I hope you enjoy them, even though there are no punchlines.