In March 1952, Beetle went home on furlough to visit his family. Here is the first in strip in the sequence.

This story lasted for two and a half weeks. We will showcase all of the episodes in the following two posts. Here are the next three strips in the story. 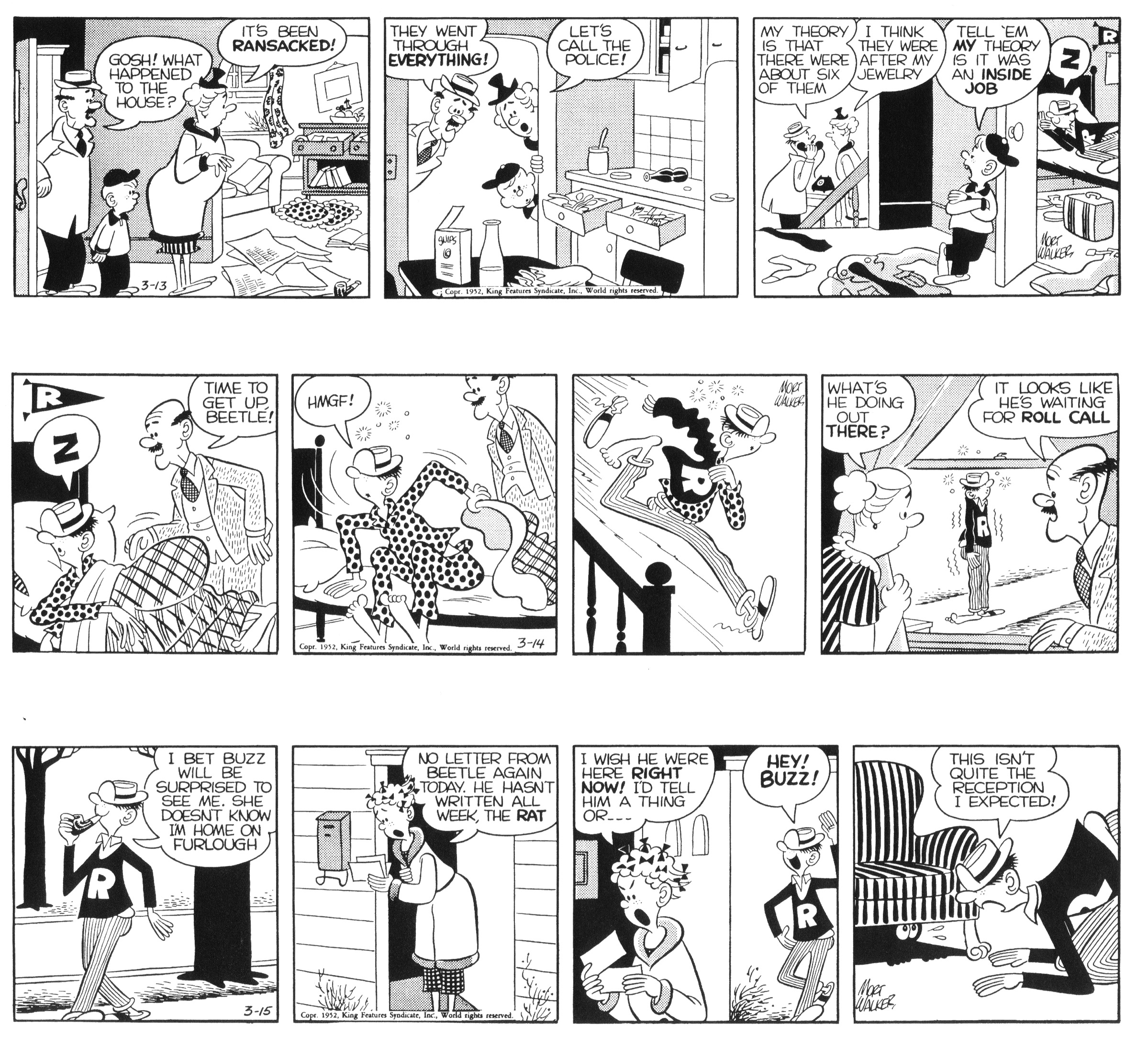 In April 1954, Beetle went home again and visited his sister Lois and her husband Hi.  They became the stars of their own strip six months later.

In 1962, Sarge went home with Beetle for Christmas and joined him again for the holidays in 1964. A year later, Killer, Zero, Plato, Rocky and Sarge came along for a Thanksgiving visit.

At some point in the future, we will post all of these extended stories here on the web site so stay tooned.